The handing over of the equipment was organized today, January 15, 2021 at the constituency.

The beneficiaries have in the last one year enrolled in vocational trainings which cover hairdressing, tailoring and barbing at Sower Empowerment Foundation located within the constituency.

While speaking, Hon. Yusuf Adebisi, thanked the beneficiaries for being well behaved and of good character, adding that they demonstrated high level of discipline throughout the training.

The Deputy Chief Whip expressed his commitment to the training of members of his constituency, saying that the step was part of his efforts to engage the people, particularly youths in his constituency.

The youthful lawmaker disclosed that the distribution of equipment like hair dryers, sewing machines and clippers was second batch of the exercise.

He added that several youths, widows and traders were beneficiaries in the first batch organized last year.

Hon. Adebisi appreciated the State Governor, Engr. Seyi Makinde for his support to the members of the State’s Assembly.

He solicited continuous support for the governor to be able to deliver more on his electioneering promises.

While charging the beneficiaries to make judicious use of the equipment, Adebisi charged other members who are yet to benefit to be patient, as they will be accommodated in the third batch that will commence in due time.

Chairman, Ibadan West LCDA, Hon. Tajudeen Adigun, in his remarks appreciated the effort of Hon. Adebisi for ensuring that dividends of democracy reached people at the grassroots.

While imploring members of People’s Democratic Party in the constituency to continue to maintain the reigning peace and unity, the council boss also urge the beneficiaries to see the gesture as beginning of good things.

Mrs. Temitope Oluwagbemisola, who is the founder of Sower Empowerment Foundation, expressed her appreciation to the lawmaker. She also applauded the beneficiaries for their cooperation through the training period.

She said about 13 people were enrolled in tailoring, 12 in hair dressing while 5 were in barbing. She said that the training lasted duration of one year. 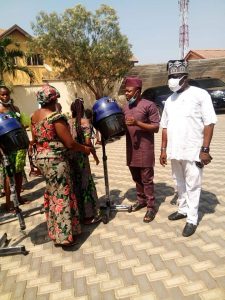 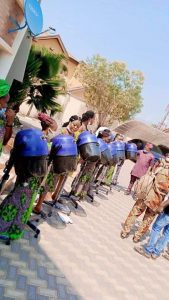 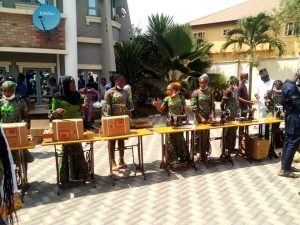 One of the beneficiaries, Akintola Fathia, commended the lawmaker for keeping to his promise. She thanked the management of Sower Empowerment for the knowledge impacted in them.