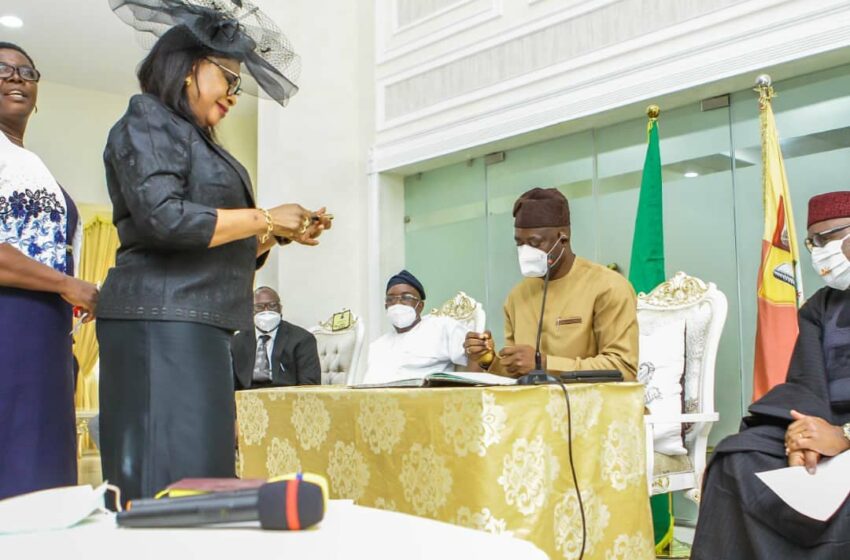 The event which attracted stakeholders in the judiciary was held at the Customary Court of Appeal, Iyaganku, Ibadan, and had in attendance Judges and Magistrates, Legal Luminaries including the first female SAN, Chief Mrs. Folake Solanke; the Solicitor General and Permanent Secretary, Ministry of Justice, Mr. Gbadegesin.

In her remarks, Chief Mrs. Folake Solanke, who read the address of the inner bar, described Justice Aderemi as an advocate of positive change in the administration of justice in Oyo State.

She also described her as a jurist who has achieved a lot with distinctive leadership qualities and someone who cherishes her oath of office.

Other dignitaries also eulogised and commended the outgoing President, Customary Court of Appeal for her integrity and excellence.

Justice Aderemi, in her response, thanked the judges, magistrates and staff of the judiciary for their love and support during her tenure.

She also thanked Governor Seyi Makinde for the trust reposed in her, adding that the Governor had given approval for 10 additional High Court Judges and 4 judges for the Customary Court of Appeal.

She thereafter appealed to residents of Oyo state to continue in their unflinching support of Government policies, stating that they are geared towards delivering speedy and efficient justice to the good people of Oyo State.