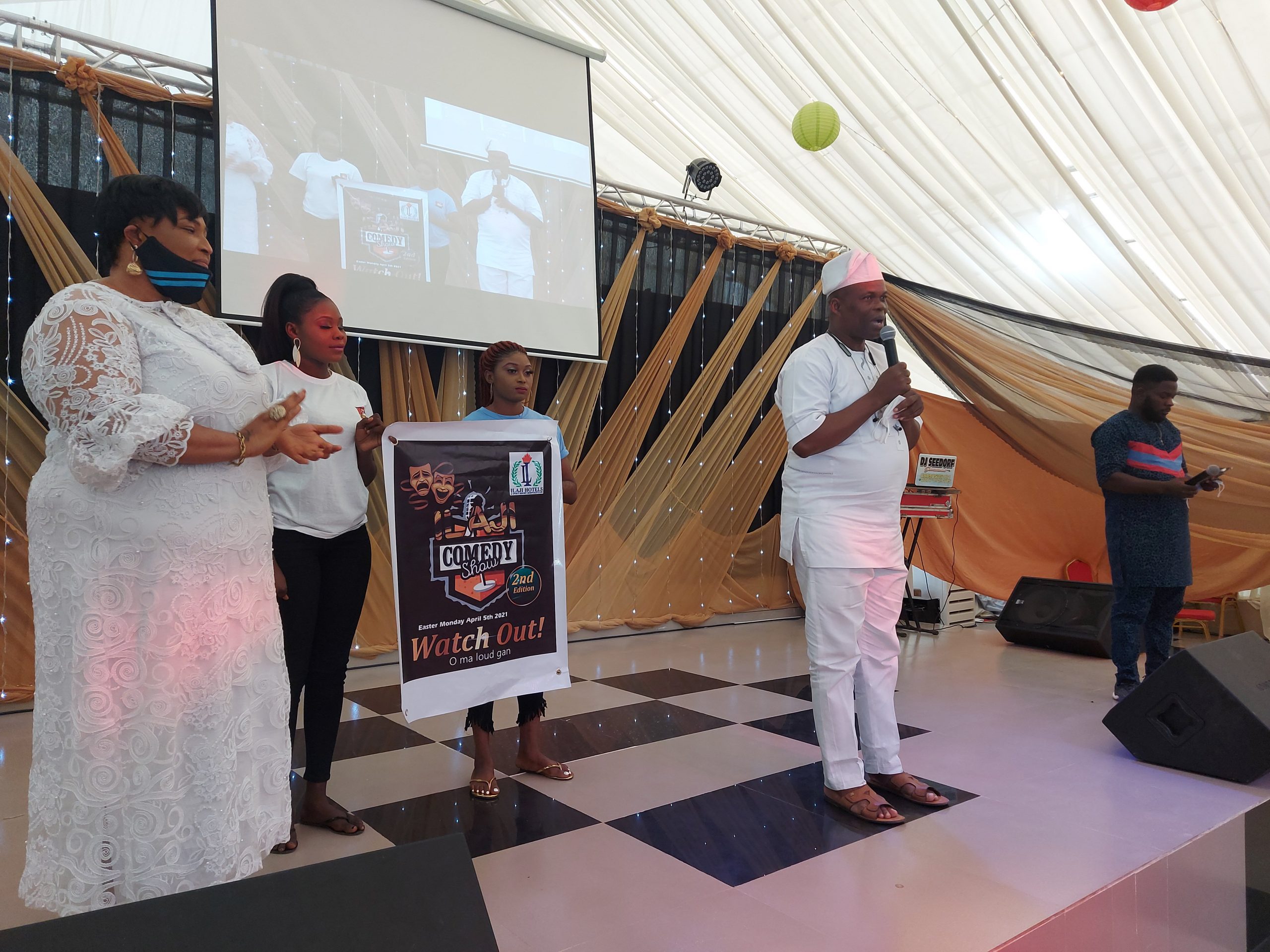 Oyo State Government has extended invitation to potential investors in the Tourism and Hospitality industry, adding that it has given businesses the leverage to grow in the State.

The Commissioner for Information, Culture and Tourism, Dr. Wasiu Olatunbosun said this in Ibadan during the maiden edition of Ilaji Comedy Groove organised by Ilaji Hotels and Resorts in collaboration with Oyo State Government and Theatre Arts and Motion Pictures Practitioners Association of Nigeria (TAMPAN) today.

The Commissioner also disclosed that Governor Makinde’s administration is laying the fundamentals for sustainable growth of the tourism sector in Oyo State.

Dr. Olatunbosun made reference to some of the tourism enhancements and achievements being experienced by Investors such as Engr. Dotun Sanusi, the Proprietor of Ilaji Hotels and Resorts, Ibadan.

He further promised that Oyo State Government will make all resources available for an inviting and conducive business atmosphere for potential investors in the tourism and hospitality sector in the state .

Olatunbosun added that recently, Oyo State Government has given a business palliative of 35% discount on taxes to increase the capacity of businesses to thrive.

He attested to the fact that Oyo State is now a tourism destination as over two-thirds of his clientele comprises of visitors from outside Ibadan and Oyo State, making the State a top destination for relaxation in Nigeria.

He said the essence of the groove was to ease the stress out of residents in the State, in a time of economic unease caused by the global pandemic.

Sanusi also noted that the rich cultural base of Oyo State is embraced across the globe, adding that this adds to its pace-setter status.

In their seperate goodwill messages, dignitaries present at the maiden edition of the Comedy groove commended the organisers of the event, describing it as unique.

Highlights of the event include fashion parade, dance, comedy acts among others.