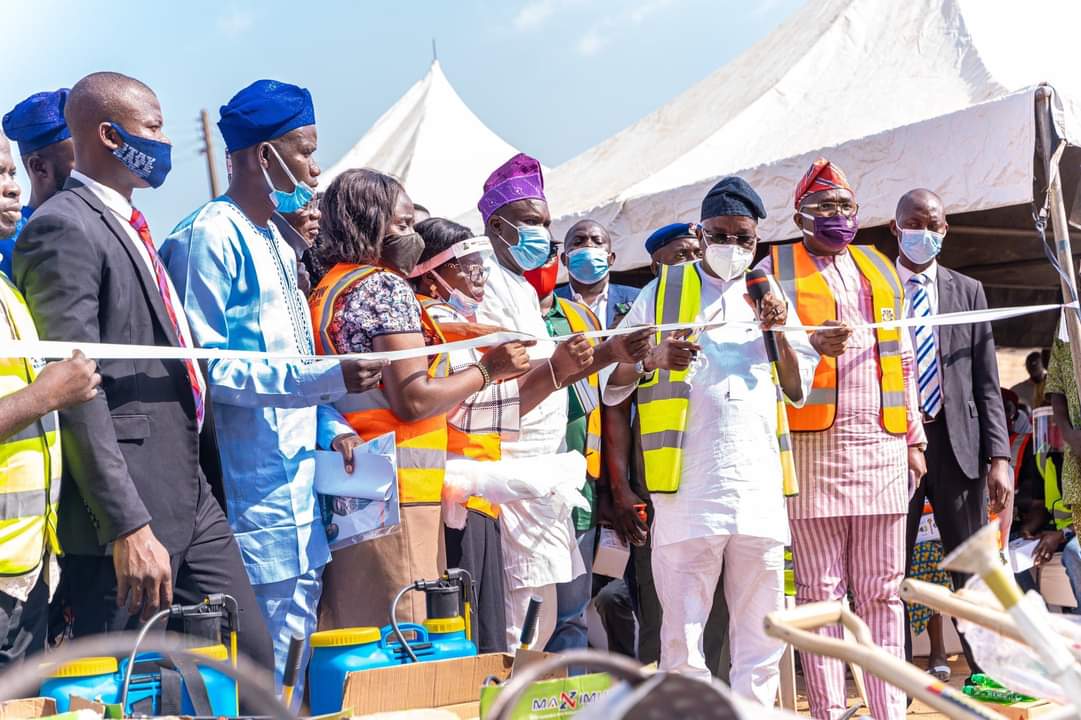 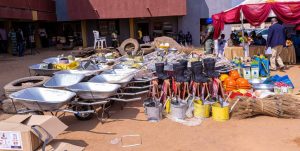 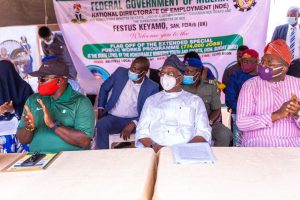 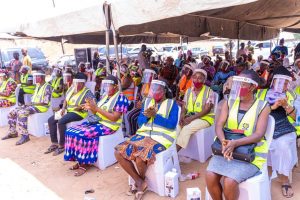 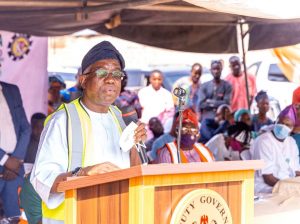 Represented by his Deputy, Governor Seyi Makinde applauded the programme, adding that it complements the efforts of the State Government in tackling unemployment in the State.

“ESPW is laudable because it complements the efforts of the state  government in tackling unemployment in the state”, he said.

The programme which was flagged off by the Minister for Youths and Sport, Mr. Sunday Dare is part of the 774, 000 job scheme by the Federal Government.

The programme is engaging 1000 persons from each of the 774 Local Government Areas in the country for menial jobs for three months.

Governor Makinde reiterated that his administration has been putting efforts in place to reduce unemployment among its citizens.

He said in a short while, the state government will be giving out employment letters to 5000 teaching staff and 2000 non-teaching staff to address the deficits in our public schools, while quite a number of lawyers were recruited into the Ministry of Justice last December.

“We are also going to issue letters of employment to medical and paramedical staffers. All these efforts will deplete unemployment in the state. So, you will agree with me that the extended special public works programme is complementing our efforts.”

The State Government therefore appreciated the Federal Government for what the project represents, urging them to do more.

The governor admonished its beneficiaries to demonstrate good conduct, stating that it is a great opportunity for them and that the conduct of the pioneer beneficiaries will determine whether or not it would last or be short-lived.

“To the participants of this programme, this is a great opportunity for you. To whom much is given, much is expected; you can use the opportunity of this programme to do well for yourselves and even convince the government to make it continue or to terminate it. If you do well, the Federal Government can even increase the beneficiaries to 2,000 per local government,” he added.

He equally charged the members of the committee of the programme to always carry the state government along in the selection process so as to make it more transparent and generally acceptable to all and sundry in the state.

Earlier, the Acting Director-General, National Directorate of Employment (NDE), Mallam Abubakar Nuhu, who was represented by the state coordinator, Mrs. Olayemi Olayinka, said that the programme is a significant step in Nigeria’s quest to win the war against mass unemployment and to ameliorate the effect of COVID-19 pandemic.

He described the programme as “the single most far-reaching grassroots-based employment creation initiative in the history of our great nation.”

In his remark, the Minister of State for Labour and Employment, Mr. Festus Keyamo, who was represented by Captain Ajao Olufemi, said the programme was organised to address the ballooning population of the unemployed and rising insecurity in some parts of the country and to cushion the adverse socio-economic effects of the COVID-19 pandemic.

He noted that the Federal Government will closely monitor the implementation of the programme to ascertain the efficient utilisation of the resources, human/material committed to the programme.

Similarly, the chairman, Oyo State Selection Committee, Mr. Ope Salami, advised the beneficiaries to see the programme as a golden opportunity that can be used to take them out of poverty in the nearest future.

Salami equally commended the Makinde government for demonstrating a non-partisan disposition during the processes leading up to the kick-off, even as he commended the Akinyele Local Government chairman, Mr. Taoreed Adedigba, for his cooperation with the committee.

The event had in attendance the representatives of the Alaafin of Oyo, Olubadan of Ibadan, Soun of Ogbomoso, the Senator representing Oyo Central, Teslim Folarin and a host of others.