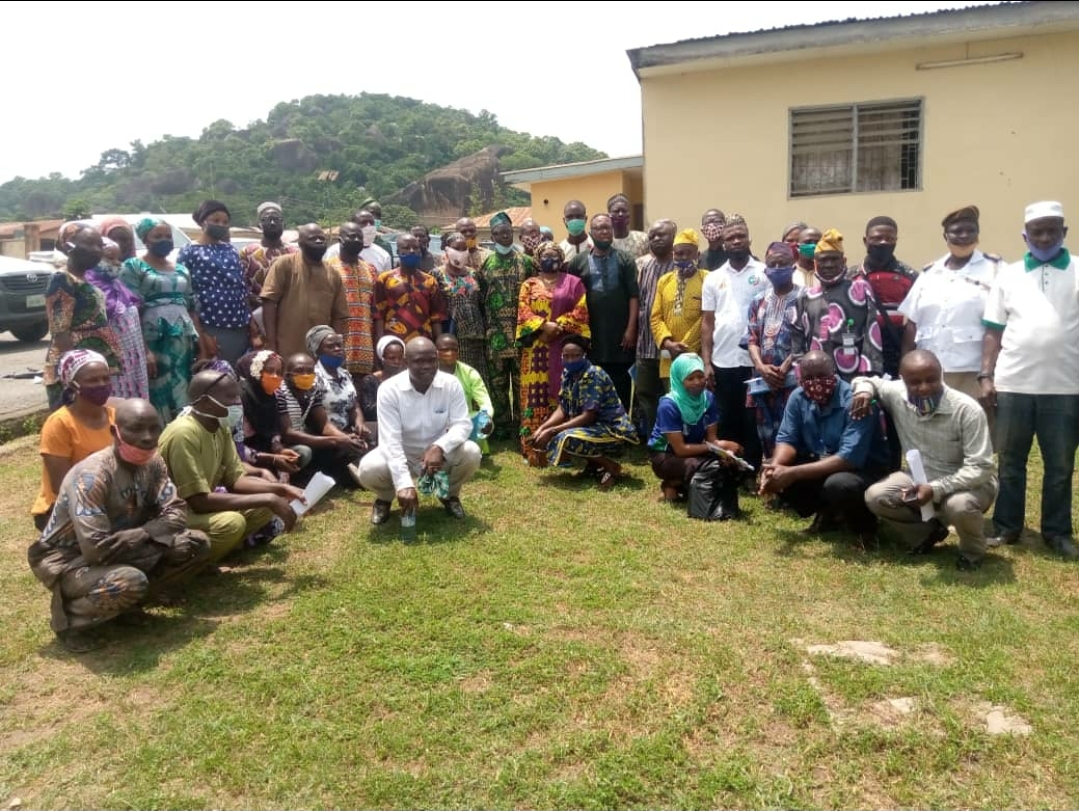 Oyo State government has commenced training of youths in rural communities towards achieving self-sufficiency in food production and also empower the household on entrepreneurial skills.
This was disclosed at a training for various sets of youths’ groups, which was held at Ayete, Ibarapa North Local government of Oyo State on Friday.
The State Commissioner for Agriculture and Rural Development Hon. Ojemuyiwa Ojekunle in an address delivered by the Permanent Secretary of the Ministry, Mrs. Saidat Bolatumi Oloko at the official flag off of the training, stated that prompt payment of expected counterpart funding towards the implementation of donor assisted projects, training and empowerment of youths in agriculture and irrigation farming is one of the priorities of the present administration in the State.

According to him, the training which was tagged “Financial Management and Record Keeping” was aimed at ensuring the preservation of Village Savings and Credit Groups, understanding the concept of savings, savings accumulation and saving culture, instilling good credit management, appreciating the essence of financial planning and budgeting, and many more.

The Commissioner used the avenue to reiterate the essence of the establishment of Oyo State Agribusiness Development Agency (OYSADA), with its headquarters at Saki, Saki West local government, was aimed at transforming Oyo State into an agribusiness hub as the administration of Governor Seyi Makinde has also developed two modern farm estates at Akufo, Ido local government and Eruwa in Ibarapa East local government, established the Agricultural Training Center, Awe and re-launched the Rural, Access and Agricultural Marketing Project to provide 1,600kms of Rural roads, to mention but few.

“We are no more looking backward, our teeming youths will need training on how best to sustain themselves with the entrepreneurial skills with which they will produce consumables, household products and those in love with farming will be able to do it without strain.

“Light irrigation projects will soon be introduced for young farmers, this will reduce the cost of farming and naturally multiply their yield, look at all the agribusiness ventures the present administration under Engr. Seyi Makinde has embarked upon, it only indicates that the government believes so much that agriculture is a cardinal economic point to deliver our State back to economic independence.”

The State Coordinator for RUFIN, Comrade Emmanuel Olusola Ogundiran enjoined the participants and beneficiaries of the organized, train the trainers workshop to take the program seriously and make maximum use of it for the benefit of their immediate family, Community and the State at large.

Ogundiran stated further that the training also includes enlightening the youths, women and the physically challenged in the rural areas on ways to manage the little capital they were given through cash contribution before being introduced to another source of financing while also charging them with the responsibility of passing down the knowledge acquired at the training to those who were unable to participate physically.