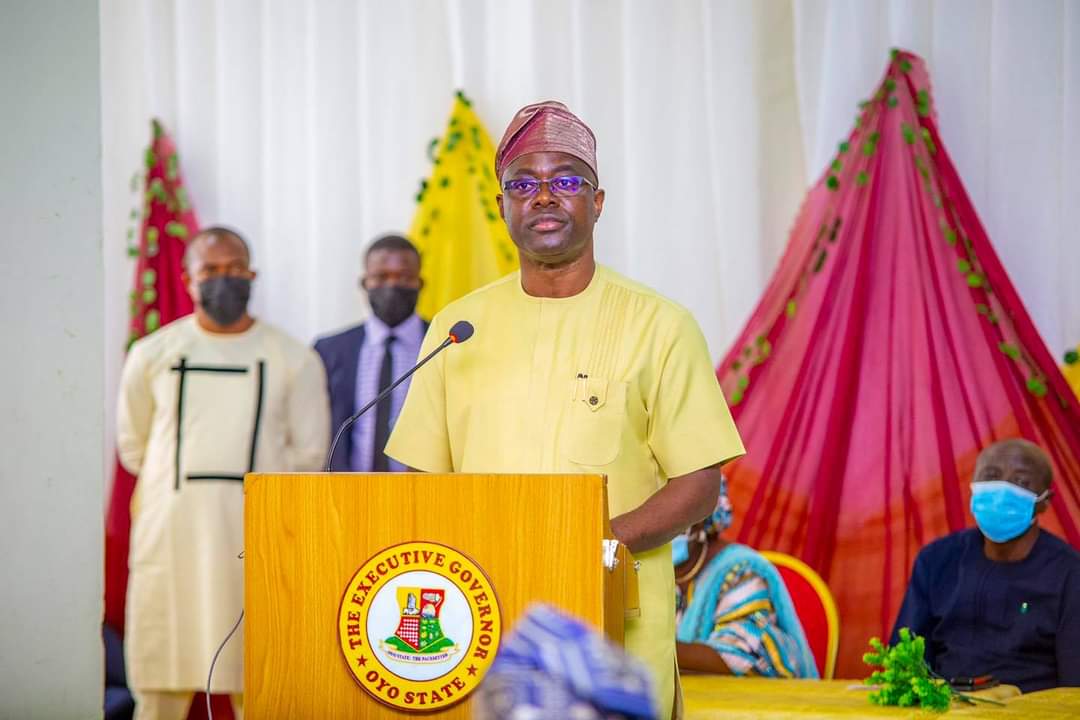 The Oyo State Government has signed a memorandum of understanding with the CSS Global Integrated Farms in Nasarawa State to train 3,300 youths from the state on agriculture and agribusiness.

The state governor, ‘Seyi Makinde, made this disclosure at the Stakeholders Consultative Meeting on the 2022 Budget, noting that the move is part of measures being taken by his administration to address the challenges of youth unrest and youth unemployment.

He equally explained that the state government’s decision to reconstruct the Oyo-Iseyin federal road was borne out of the need to prevent the state’s investments on the Fashola Agribusiness Hub from becoming a waste as a result of lack of road access.

A statement by the Chief Press Secretary to the governor, Mr. Taiwo Adisa, quoted him as explaining that the training will have 150 participants per batch and that the first batch is to begin training this week.

“I am happy to tell you that we just signed an MoU with CSS Farms in Nasarawa State to assist us in training 3,300 youths in agriculture and agribusiness.

“The training will last two weeks. The first set will start on the August 1, and it will be 150 participants for every batch. By the end of August, we would have trained 600 of them.”

Governor Makinde, who stated that his administration will do everything to ensure that youths in the state are meaningfully engaged, said he has also instructed the local governments to set up Direct Labour Agencies, which would absorb the youths to engage in minor construction and other works.

He said: “Our youths have to be meaningfully engaged and we will continue to strive. What I asked them to do in each local government is to set up a Direct Labour Agency, in which a certain amount of money will be earmarked for them every month.

“They will be the ones to be doing culverts, fixing street lights, channelisation of drainages and we have an arrangement with the local government chairmen. As soon as we put the new cabinet in place, I assure you that whoever becomes the new Commissioner for local government matters will drive the process.”

The governor equally said that his administration has been investing heavily in sport development in order to take youths off the streets, saying the investments on the Lekan Salami Stadium and other sporting facilities will soon pay off.

“Some of us have talked about our troublesome youths who are disturbing the peace of our environments because they have nothing doing.

This is why the Oyo State Government has committed resources of about N6bn to remodel the Lekan Salami Stadium, not only for football but for every other sporting activities.

“We have to be patient with the government so that we don’t lose focus. What you are doing at the community level and what we are doing at the state level, what we need do is to consolidate, which is the only way we can develop the talents in our communities. We should not relent.

“So, I also want to urge our local government chairmen and chairpersons to develop their programmes to ensure they utilise the sport facilities we have put in place.”

While stating that the state is set to flag off the Oyo-Iseyin Road once it obtains the written approval, Governor Makinde said: “I went to Abuja to meet with the Minister of Works and Housing, Babatunde Raji Fashola. We are hell-bent on the reconstruction and rehabilitation of Oyo-Iseyin road even though it is a federal road.

“This is because we are investing a lot of money in the Fashola farm estate there. If we don’t fix that road, all of that money will go to waste.
“I am happy to report that the Minister was gracious and has given his verbal go-ahead. He asked us to come with the document and it will be signed.”