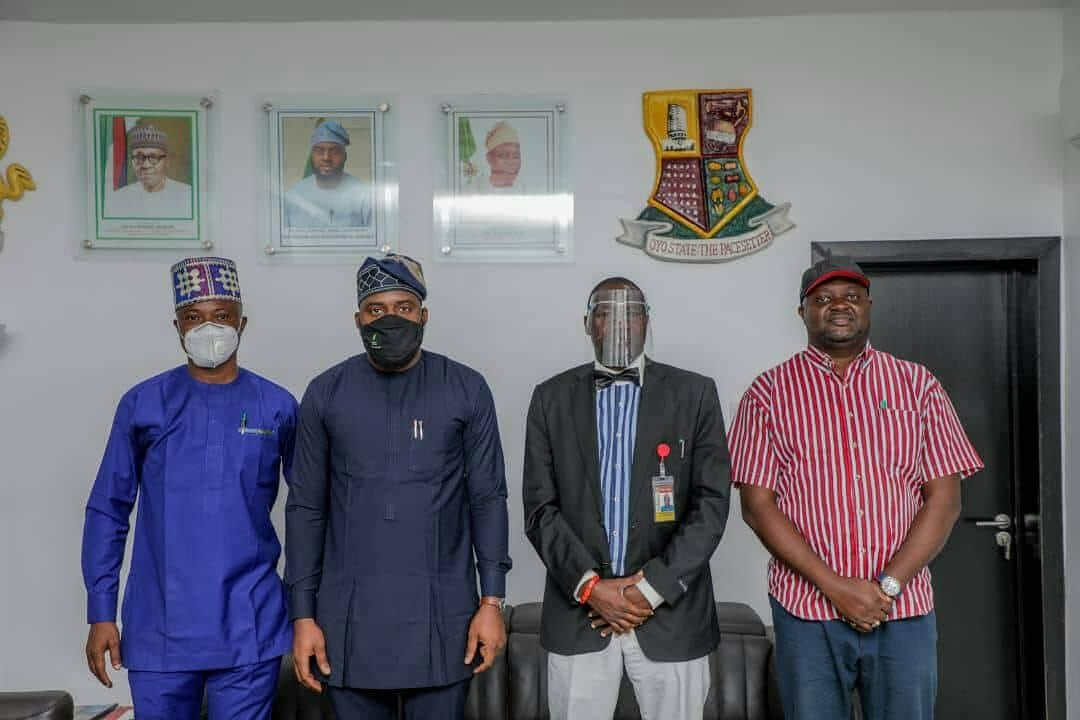 The Oyo State House of Assembly is ready to give necessary legislative supports that will accelerate development of tourism sector in the State in line with the vision and mission of the Engr Seyi Makinde led administration.

This assurance was given by the Speaker of the Oyo State House of Assembly, Rt. Hon. Adebo Ogundoyin while receiving the Special Adviser to the Governor on Culture and Tourism, Hon Akeem Ademola Ige in his office on Tuesday.

Hon. Ogundoyin who frowned at the state of facilities and infrastructures at the tourism sites in the State, said that the Assembly is already working on a tourism bill that will change the status quo.

According to the Speaker, “Oyo state is blessed with a lot of tourism potentials and heritage which are supposed to be generating income to the State but it is a pity that most of them are not in a good shape but we as lawmakers, are taking steps that will enhance the development of the sector”.

“We are reaching out to all stakeholders in the sector in order to have a detailed and comprehensive information and come out will a robust legislation that will make the sector grow.”

While commending Hon. Ige for considering the Lawmakers as one of the vital stakeholders to be consulted in the development agenda that the government is planning for tourism sector, Hon. Ogundoyin hinted that the sector as it is in the State, is at zero level having been neglected by the previous administration, stressing that this is the reason the House under his leadership, is desirous to give legislative backing not only to tourism but also cultural heritage in the State.

According to the Speaker, “I have to commend you for the steps you have taken so far and to let you know that we have been monitoring your activities since your assumption of office. We have no doubt in your ability to discharge your duties effectively considering your antecedents in the past as council chairman and ex-lawmaker in this hallowed chamber.”

“We are happy that we now have a government that has keen interest in the development of tourism industry. He asserted.

Earlier in his remark, the Special Adviser to the Governor on Culture and Tourism, Hon Akeem Ademola Ige said that his visit to the Speaker was in continuation of his consultation with major key stakeholders and practitioners in tourism sector to form a synergy with the government in order to realize the lofty agenda of the state Governor, Engr Seyi Makinde, who is interested in making Oyo state a preferred tourism destination in Nigeria and to convey his readiness to give all it takes to achieve that agenda to them.

He added that recently, the government has placed an advert in the newspaper to invite interested investors to come and invest on any of its tourism sites, stressing that sequel to that publication, some investors have signified their interest to partner with the government which will yield to positive result in the realization of it’s objective very soon.”

“I have been to some of the sites and from all indications, there is a greater hope for tourism sector in Oyo state. I consider meeting you very important because of the need for legislative backing and support and I am happy for the assurances you have given to us.” Hon. Ige asserted.