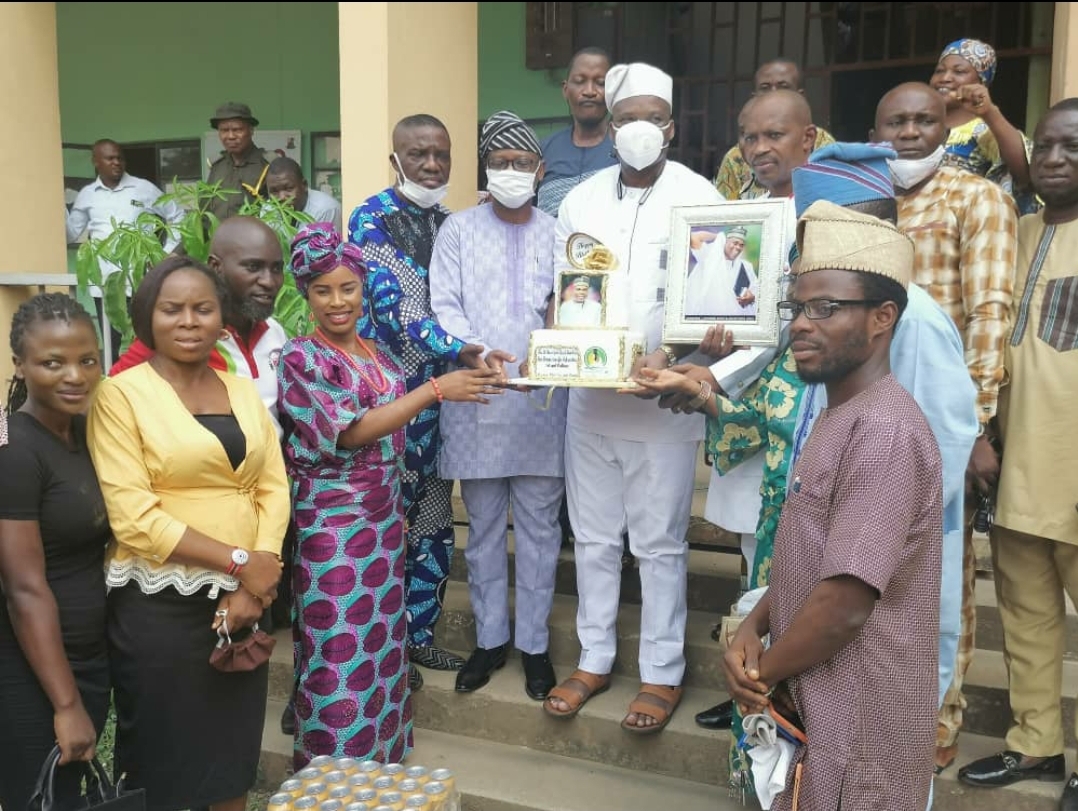 Oyo State Commissioner for Information, Culture and Tourism, Dr. Wasiu Olatubosun has disclosed that the barrage of criticism against the Amotekun security outfit were from the opposition elements that were bent on disparaging the achievements of the Seyi Makinde-led administration.

He said the security outfit that just started operation in the State should be given time to get further technical and administrative strength in policing the rural areas in the State, even though members of the corps have achieved immensely in curbing crime since they came on board.

Olatubosun it was surprising that some politicians could latch upon issues that cut across all strata like security to achieve cheap political goals.

The Commissioner who spoke on Monday when members of Freelance and Independent Broadcasters Association of Nigeria (FIBAN) went to felicitate with him on his birthday, which coincided with the inaugural broadcast of the Ministry’s online radio, called Aloore Radio.

“What I know is that there are certain elements who are hell bent in pulling this government down and they are not comfortable with the way Governor Seyi Makinde is handling in Oyo State because they never thought it could be this good, look at the Amotekun case, they are making statements to discredit all that Amotekun has been able to achieve within the short time it came into existence in Oyo State.

“Before we launched Amotekun, there were cases of banditry, kidnapping and robbery being reported, but the moment Amotekun came, they have virtually erased all efforts of these criminals, the corps members were given the necessary things to make them succeed, only for those who are not comfortable with the performance of Governor Seyi Makinde to start sponsoring bad agenda against the security effort of the government, remember we all asked for this security approach, why do they need to shoot it down instead of calling attention to areas that need amendments.”

“No matter their motive, whether political or whatever else, it only shows that they do not have the interest of this State at heart.”

Olatubosun assured the general public that Amotekun would continue to give protection of lives and properties its special focus, not minding ethnic, religious or political leaning of those in need of protection from criminality in the State, calling for support of all and sundry to achieve success in securing the State for commercial growth of Oyo State.

In his words, the Chairman Oyo State branch of FIBAN, Comrade Seun Awodele said the efforts of the present administration in the State should not be allowed to be rubbished by those that he said might want to politicise the operation of Amotekun, calling on the State government to work more on continuous training and equipping of the corps members.

He said the body would continue to give its support to the present administration in the State so as to achieve development in all key sectors of human live.

A youth organization from the Oke-Ogun region of Oyo State, Alliance For Oke-Ogun Development (A.O.D) in a letter written to the State government over issues of security on Monday and signed by its National Coordinator, Otunba Abiodun Fasasi, called on all indigenes of Oyo State not to jeopardize the efforts of the South-West governors that gave birth to the ‘South-West Security Network’ codenamed Amotekun, adding that every citizen of Oyo State, no matter the party, religious or ethnic alignment, should give the security outfit support.

“We want the State to strive to bring in place a better communication strategy for the Amotekun and allocate more funds for its smooth operations, we are looking at an outfit that has achieved so much in short period, there will be opposition to its operations, some people will want to use apparatus and other instruments within their powers to discredit and rubbish its operations, our governor should go all out to make this project work,” Fasasi pleaded.