Only leadership with integrity can guarantee a prosperous nation- Makinde 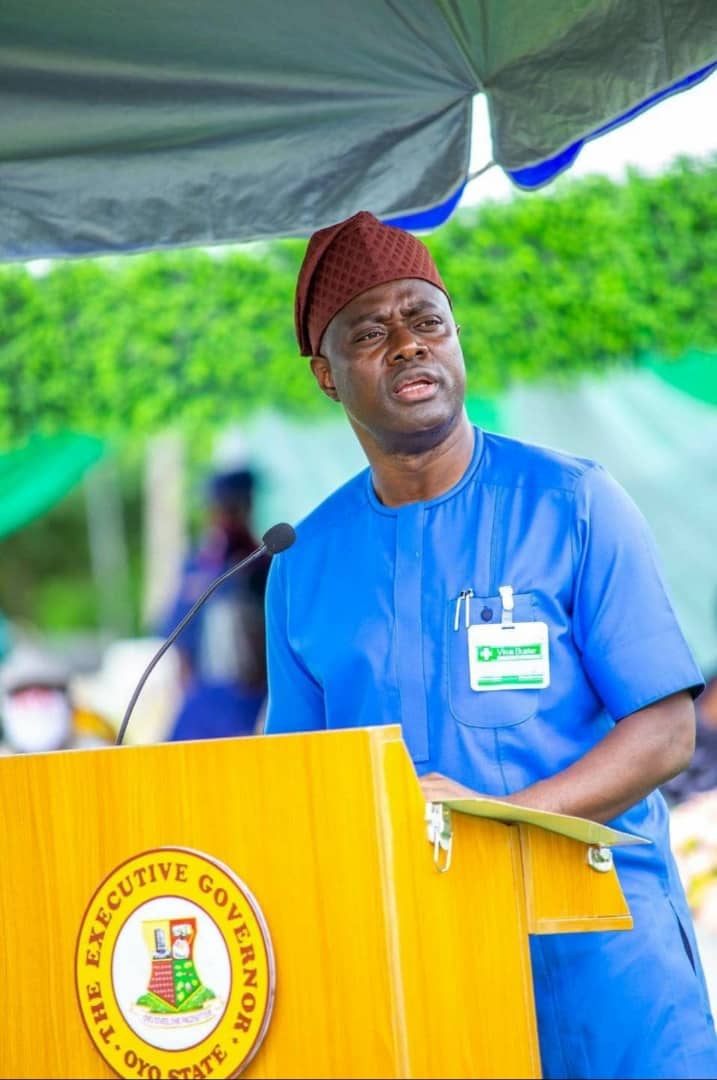 …as Awosika, others harp on integrity at virtual meeting

Oyo State Governor, Engineer Seyi Makinde, has said that Nigeria would become prosperous when its leadership begins to demonstrate integrity, honesty and transparency.
The governor, who stated this while speaking on the theme: “Integrity as a sine qua non to a prosperous nation”, at a virtual meeting of the Akinjide Adeosun Foundation (AAF) Leadership Colloquium – Chapter 5, held in Lagos, said that only leaders who lead with integrity can take a nation out of the woods.
He added that the country would continue to find it difficult to grow without putting structures in place to strengthen openness, truthfulness and transparency in leadership.
A statement by the Chief Press Secretary to Governor Makinde, Mr. Taiwo Adisa, quoted the governor as saying that the absence of a structure for checks and balances is likely to continue to stunt the growth of the country.
The governor said the prosperity of any nation is tied to the integrity of its leadership, as it will allow the citizenry to have trust and confidence in the leadership and to perform their civic duties as and when due.
He maintained that the politicising of government institutions and their use as tools for hunting political enemies, have been unhelpful to the country.
He said: “There is a large trust gap between the citizens and leaders of this country due to lack of transparency on the part of the political class.
“When we talk about integrity in governance, it entails honesty, transparency and accountability in governance.
“Integrity is tied to prosperity of any nation in so many ways. And as a leader, you have to be very honest.
“No integrity when politicised institutions are used to hunt political enemies by leaders. When a leader is honest, it means he can be trusted, and the citizens can close their two eyes while sleeping.
“It begins with leaders owning up to their manifestos after being elected. Because a nation that has an honest leader would definitely prosper.
“Citizens will not be willing to pay their taxes when they see that their leaders are lavishing their money instead of improving their lives.
“Lastly, we cannot grow as a nation without putting structures in place for checks and balances. We must put in place systems that would strengthen openness, truthfulness and transparency.”
Also speaking, one of the panelists and Chairman of First Bank Nigeria, Mrs. Ibukun Awosika, said a good way to engender intergrity in the society is to stop celebrating dishonorable people.
“A good way to bring about integrity is to stop celebrating dishonorable people as if they were honourable. Also, we must hold people truly responsible for their actions, especially when they are discovered to have lacked integrity in their actions,” she said.
Other panelists, which included Mrs. Ifeyinwa Ighodalo, Chairman, Women in Business (WIMBIZ); Ms. Mags Saba, an educationist and Engr. Victor Bandele, Executive Director, JV Districts, Total Exploration Nigeria Limited, stressed the importance of integrity in different spheres of life.
In his opening remarks at the annual event, which also coincided with his birthday, the chairman of AAF, Akinjide Adeosun, maintained that integrity is an essential building block for a prosperous nation.
According to Adeosun, “truthfulness, honesty, respect for people, hard-work, and humility are traits of Integrity.
“Recently PwC warned that unless corruption was tackled comprehensively, it could cost Nigeria up to 37 per cent of GDP by 2030.
“An educated, healthy mind in a productive body is wired to high productivity, which, in turn, begets a prosperous nation. I’m an avid advocate of free and compulsory education and free and compulsory health care.
“Chief Obafemi Awolowo did it, and it can be replicated if we collectively stop the bleeding of our dear country.”
At the event, the first Managing Director of Shell Nigeria Exploration & Production Company (SNEPCO), Engr. Olufemi Lalude (Ph.D.), was conferred with the ‘Excellence in Integrity Award’, for his exemplary show of integrity while in active service.
The Secretary to the Oyo State Government (SSG), Mrs. Olubamiwo Adeosun, while reading the citation of Engr. Lalude, referenced how he rejected a bribe offer of $6 million while he was still working with SNEPCO.
Mrs. Adeosun said: “The organization that offered him the bribe moved against him. However, he refused to be cowed and stood his ground. He was sued alongside his employer but he triumphed.”