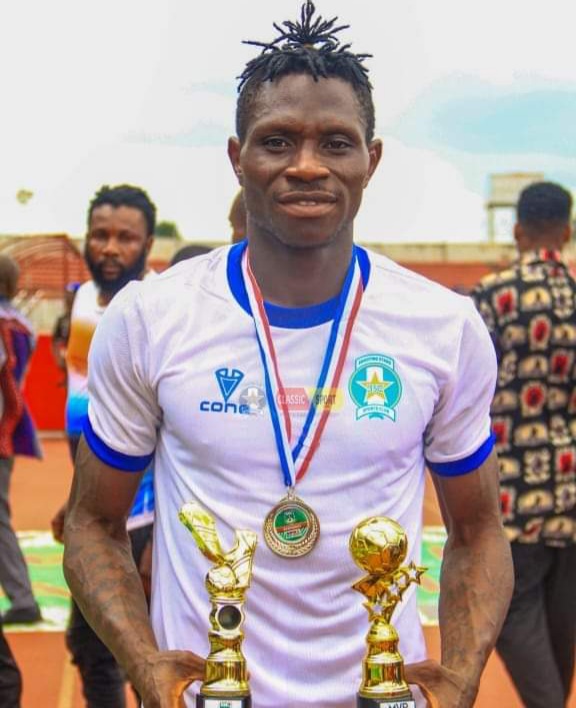 Olafimihan, who scored three more goals at the Super 8 play off, was also named the best player of the season by the organiser of the second-tier league.

“This is a wonderful moment for me. Being part of the squad that returned this great club to the topflight and emerging the highest scorer and the best player of the season, this is awesome”, said the dark skinned forward

“I am dedicating these awards to His Excellency, our governor, Engineer Seyi Makinde, who is the main reason why we had a successful campaign this season.

“These awards are also for the entire 3SC family, the players’ friendly management, led by Rashe