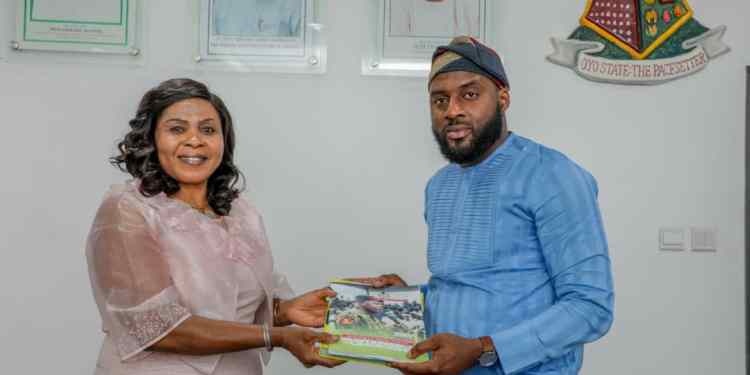 The state Coordinator, National Youth Service Corps, Mrs Ogbuogebe Grace, has urged the Oyo State Government and other leading stakeholders in the state to contribute their quotas to the development of the NYSC orientation camp in Iseyin for improved welfare for the serving corps members.

Ogbuoegbe made the call in Ibadan, on Friday, during her visit to the office of the Speaker, Oyo State House of Assembly, Adebo Ogundoyin.

She said the visit was aimed at reaching out to stakeholders in the state for support.

According to her, increase in the population of corps members posted to Oyo State necessitates the call for the expansion and rehabilitation of the facilities at the camp.

She listed the needs at the NYSC orientation camp to include construction of multi-purpose hall and a modern kitchen, indicating that work is ongoing on the Camp’s pavilion.

In his response, Ogundoyin, assured the state coordinator of NYSC of state government’s resolve to render its support.

The Speaker noted that the NYSC scheme has continued to impact the youths across the country, saying the state government would not hesitate to give its best to improve the infrastructure at the state’s permanent Orientation Camp in Iseyin.

Ogundoyin said, “The NYSC scheme has, no doubt, benefitted many Nigerian youth particularly in fostering unity and promoting self reliance. “The Orientation Camp of the state NYSC will continue to get the attention of the state government through the state Ministry of Youth and Sports. I want to sincerely appreciate the State Coordinator for the visit which has enabled her to intimate us with some of the challenges facing the scheme in Oyo State.

“Let me assure you that the governor will be fully briefed. But, on behalf of the government of Oyo State, I want to say that we will upgrade facilities at the orientation camp to make it more comfortable for corps members and staff.”