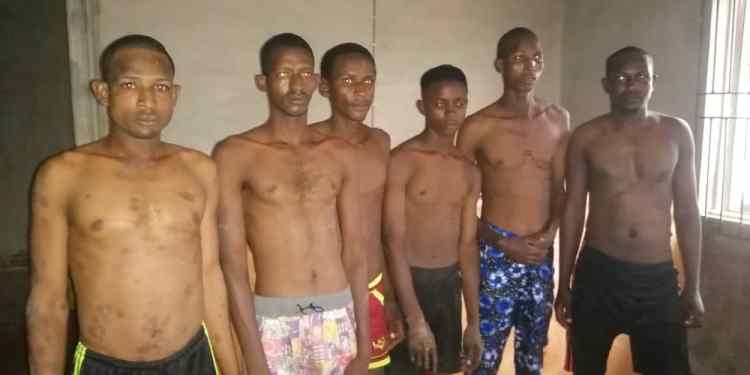 The state Commandant of the NSCDC, Iskilu Akinsanya, disclosed that at around 11:15pm on Thursday, one Alhaji Baani Abubakar otherwise called Chief Jowuro, made a distress call to the Agro Rangers in the Oke-Ogun axis.

He alleged that the run-away suspected kidnappers operating in Ado-Awaye, Araromi LCDA, Okaka and Otu in Itesiwaju Local Government and Ilero LCDA were spotted at Bobajiroro Hotel, Oke Adeta, Iseyin.

There, six male and two female Bororo suspects were arrested.

Akinsanya said in the course of investigation, they trailed one of the suspects named Umaru Lawal to an hideout.

Lawal, 25, allegedly said the telephone number used in tracking him down belong to his friend.

The Civil Defense Chief said, “Interrogation revealed that some numbers were stored on his phone with different codes such as 52,42,33 etc.

The Civil Defence Public Relations Officer, Oluwole Olusegun, said the suspects would be handed over to the Anti-Kidnapping Squad of the Oyo State Police Command for further investigation and prosecution.