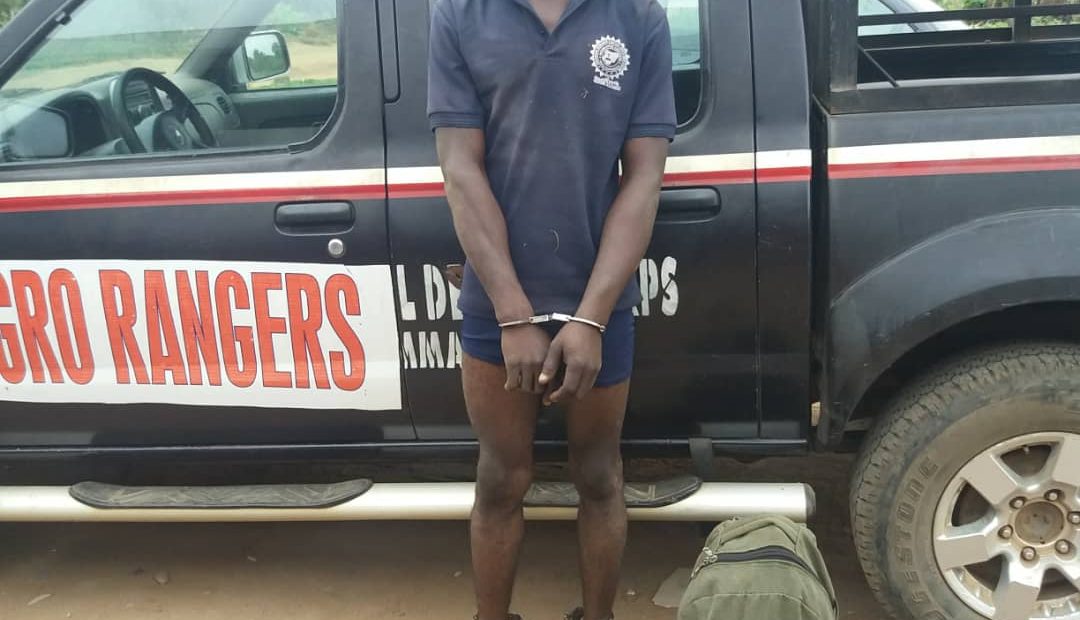 In a statement in signed by the corps public relations officer Mr, Oluwole Olusegun, the suspect was arrested for murder.

The statement noted that the suspect Abraham Alamu was arrested on Friday in Ogbomoso town after he had escaped since he allegedly committed the offence at Oko Oba, Elega, Orire Local Government Area on 21th of this month.

It also added that the suspect brutalized one Shuaib Adamu  of Elega Village, Ikoyi Ogbomoso for grazing his cattles on his farm.

The State Commandant of NSCDC Mr. Iskilu Akinsanya says the arrest was made possible with the help of the public and the Agro Rangers Squad of the command.

He said that the suspect was later handed over to the Nigeria police, Oyo State Command for further investigations.