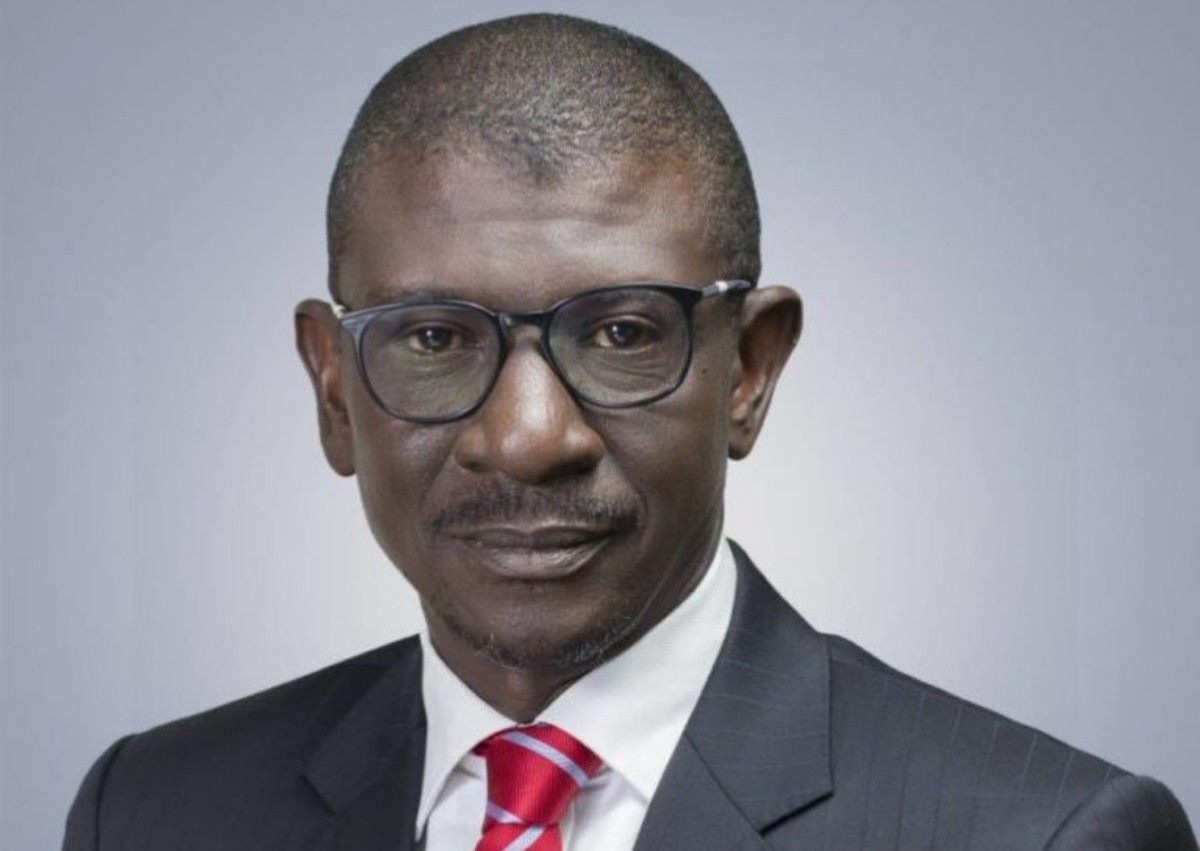 Nigerian Export-Import Bank (NEXIM BANK) was established in 1991 as an Export Credit Agency, with a desirable dictate of propelling the economy through trade finance, export market advisory services and Export Guarantee facility among others. Ever since then, the Bank has lived true to its vision to be the leading export development Bank in Africa.

Though, at a time, the bank was defunct due to poor management and lack of adequate funding. The bank has been resuscitated in 2010. Then, in 2017, Abubakar Bello became the new MD/CEO. He has outperformed his predecessors due to his doggedness and the cooperation of the current government in terms of funding.

The current management of the bank, led by Mr. Abba Bello, had been able to reposition the bank within three years of assuming office by turning its fortunes with profits of N2.03 billion recorded in 2019 and N1.09 billion in 2018.
This was against a loss of N569 million in 2017 and a much bigger loss of N8.03 billion in 2016, which explains why the previous management could not produce an approved financial statement for three years, 2014 to 2016.
The current Abba Bello led management resumed office in April, 2017 to replace the erstwhile management, which was removed by President Muhammadu Buhari over issues relating to gross incompetence, rendering the bank almost insolvent, with huge non-performing loans, exacerbated by reckless abuse of process, insider related loans and lack of professionalism in loans administration, among other issues.
The loans granted by NEXIM Bank are adequately secured, mostly with bank guarantees, and are all performing, with export proceeds received from 2019 to date amounting to $90.1 million and €80,000, translating to N34.8 billion, from projects that have so far repatriated their revenues.
An estimated 8,062 jobs have been created and/or sustained as a result of the intervention.
No doubt, the Management of the Bank has put in spirited efforts to recover the huge amount of bad loans which were booked by the previous management, a large proportion of which was insider related.
In fact, loud whispers of insiders at the Presidency says the current progress of the Bank under this new management gladdens the heart of the President.
The current management of the Bank has been focused on the task of achieving its mandate of broadening Nigeria’s foreign exchange earnings by funding credible export-oriented businesses in the non-oil sectors.

In light of the foregoing, Abba Bello’s management team was given free hand to operate and ensure the bank’s mandate is achieved. His management team has established a cordial linkage with other EXIM banks in bigger economies of the world, which has contributed to the maximal performance the bank has put up in the last three years.

In 2017, Abubakar Abba Bello, a distinguished Alumnus of Ahmadu Bello University, Zaria took up the mantle of leadership at the Nexim Bank, with a view to further elevate the already established standard his predecessors have laid. He graduated from the Accounting Department of the great University, with also a post-graduate degree in Business Administration from the University of Liverpool, in the United Kingdom.

A prominent banker himself, Abubakar Bello has ever since taken the steering wheel of NEXIM, driving the vehicle to a foresight of diversifying Nigeria’s export revenue from oil and gas.

NEXIM’s intervention in the agricultural sector is aimed at channeling new investments into crops production and development of new plantations. The effort is paying off in terms of provision of high-yielding crops and replacement of ageing plantations.
Permit us to reiterate, that the Nigerian Export-Import Bank (NEXIM) was established by Act 38 of 1991 as an Export Credit Agency (ECA) with a share capital of N50, 000,000,000 (Fifty Billion Naira) held equally by the Federal Ministry of Finance Incorporated and the Central Bank of Nigeria. The Bank which replaced the Nigerian Export Credit Guarantee & Insurance Corporation earlier set up under Act 15 of 1988, has the following main statutory functions:
• Provision of export credit guarantee and export credit insurance facilities to its clients.
• Provision of credit in local currency to its clients in support of exports.
• Establishment and management of funds connected with exports.
• Maintenance of a foreign exchange revolving fund for lending to exporters who need to import foreign inputs to facilitate export production.
• Provision of domestic credit insurance where such a facility is likely to assist exports.
• Maintenance of a trade information system in support of export business.

NEXIM, under Bello, has stepped up funding interventions in various export-oriented activities. He has initiated collaborative efforts to tackle the challenges of poor transport and logistics infrastructure that have been the main setbacks in the solid minerals sector. He believes that this will enable high volume exports of solid minerals on a sustainable and competitive basis.

The Bank provides short and medium term loans to Nigerian exporters. It also provides short term guarantees for loans granted by Nigerian Banks to exporters as well as credit insurance against political and commercial risks in the event of non-payment by foreign buyers. The Bank is also the government’s National Guarantor under the ECOWAS Inter-state Road Transit programme.

The Bank also promotes export diversification through the provision of Finance, Risk Bearing and Advisory Services in line with Government trade policy and best practice.

Abubakar Abba Bello, a former a board member and an executive director at Unity Bank for Africa, has over 26 years’ experience in banking industry where took charge of corporate banking, agriculture and North directorate of the UBA. No doubt, he has relished good moments in the Corporate Banking world, occupying senior management positions in commercial banks and public sector bank. He also has a brief stint in auditing.

With an adequate experience in the Banking sector, Bello came on board with the sole aim of promoting export-oriented investments in the high growth sectors of the economy – manufacturing, agro-processing, solid minerals and services. Bearing in mind that NEXIM as an agency has the primary role of principally to drive the goal of diversifying Nigeria’s export revenue from oil and gas.
The Bank has two major constituencies– agriculture and solid minerals sectors. Before he came on board, there has been series of pointers to the neglect of these sectors. Stakeholders over-flogged the need for Government to tap into the potentials embedded in these sectors without further delay.
Then, Bello’s mandate was to primarily harness these neglected nation’s gifted resources and enlarge the export basket and stabilize earnings.
The task at NEXIM isn’t quite an easy one – picking up economic sectors and activities left behind for many years and making them the key growth drivers in the economy. This involves confronting the problem of raising capital that has bedeviled the operators in these sectors.
The development of the sectors has been stagnated due to poor access to credit by operators. Low cost, long-term funds needed by operators here are hardly provided by regular banks.
He is therefore on a mission at the bank to ensure that capital is no longer the problem for investors in the agricultural and solid mineral sectors and other export-oriented activities.
He is working to change the story in the solid minerals sector where despite the availability of over 34 solid minerals in commercial quantities in the country, the sector makes an insignificant contribution to GDP.
The Bank has achieved an annual export of about one million tons of coal, iron ore and lead/zinc, bypassing the transport and logistics problem by using self-propelled and/or dry bulk cargo barges in the dredged inland waterways channels from Lokoja/Ajaokuta to Burutu Port towards meeting its target.
After his assumption of office, the bank is actively building new capacity in the Agricultural and Export/Import sectors, by helping operators overcome the usual problem of inability to meet export contracts due to ageing cash crops with low yields.
The Bank has increased supports and funding for primary/processed commodities, such as cocoa, cashew, shea, rubber, sesame, ginger and cotton, which in turn has increased contribution to export revenue and opened new frontiers for new job creation.
“Encouragement of the production of hydrocarbon-free jute bags is also receiving attention under the bank’s intervention. The objective, is to address the challenges of packaging primary agricultural commodities in order to reduce incidence of rejection”, Bello once said.
One thing that has negatively affected the Country’s non-oil exports, has been poor quality and packaging of goods. This is a primary fault in the agricultural sector. Nexim Bank faced this headlong and ensured that rejection of Nigeria’s agricultural exports no longer becomes an impediment.
NEXIM has intervened in the leather value chain of the country. A specific area the bank targets the reopening and upgrading of shutdown leather factories. The Bank also intends to attract new investments into light manufacturing and branding/franchising. “These efforts are aimed at boosting exports”, Bello said.
However, the Bank needs agile collaboration with other Government agencies to be able to address other external factors. “What we are doing is to explore avenues to work in synergy with other agencies of government to redress the external factors”, the bank’s CEO said.
According to Bello, “NEXIM has engaged several of the agencies including Nigerian Export Promotion Council, Standards Organisations of Nigeria and National Agency for Foods and Drugs Administration and Control in the efforts to address the problem of poor quality standard of export products and rejection”.
The bank’s mandate of boosting non-oil exports has been significantly aided by its role as managing agent of CBN’s intervention funds such as the N500 billion export stimulation facility and the N50 billion export rediscounting and refinancing facility.

The funds were provided to boost investments in the non-oil export sector and the agency has continued to make a success of it.

According to Bello, following the release of a N50 billion-Central Bank of Nigeria (CBN) Export Development Fund (EDF) in February 2018, NEXIM supported export-oriented projects towards achieving the zero oil plan of the federal government. A total of N52.9 billion had been disbursed to support 62 projects as well as 8,062 jobs created.
It also carried out sensitisation sessions and capacity building programmes on the facilities with banks and key stakeholders. The exercise, he said, has drawn a lot of responses by exporters and his bank ensures prompt appraisals of loan applications to permit quick disbursements of the funds. The facilities are expected to impact positively on the non-oil export sector.