“No UI student was killed by Amotekun in Oyo”- Commandant 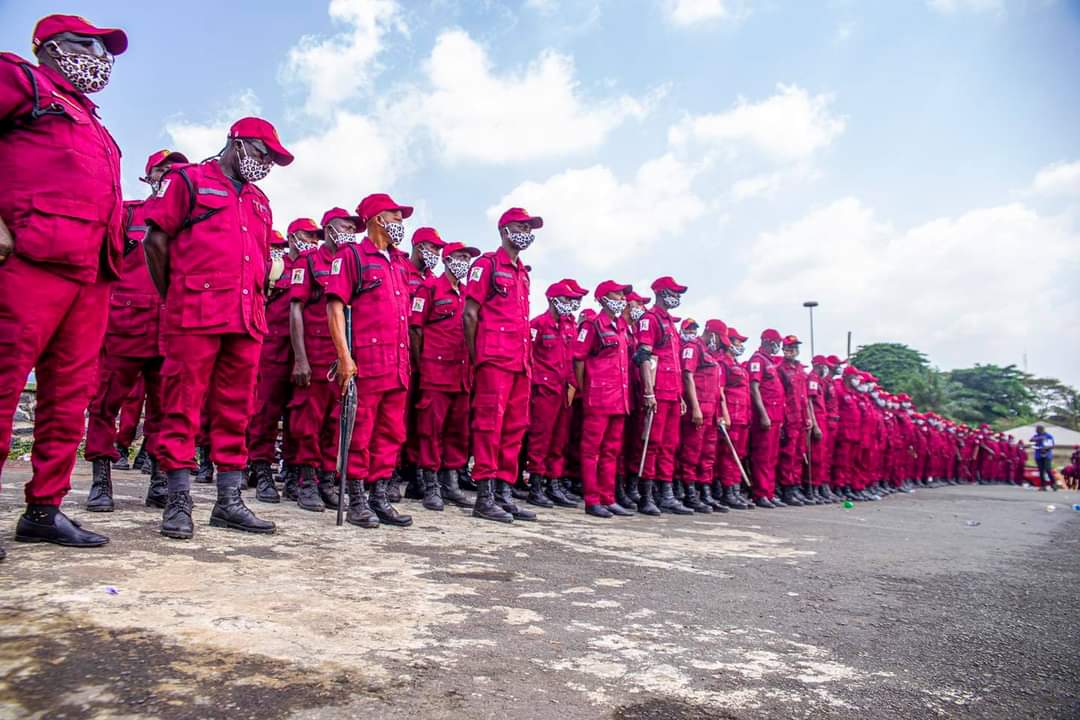 The Oyo State Security Network Agency, Operation Amotekun, has said that its operatives did not kill any student of the University of Ibadan, contrary to an erroneous indication painted by some students’ body in several online media.

Amotekun Oyo in a statement made available by its Commandant, Col. Olayinka Olayanju (rtd) said that operatives of the Amotekun corps only had an encounter with a three-man robbery gang, neutralised its leader and handed the two surviving members to the Atiba Police Station in Oyo town.

While the team was attempting to clear the barricade to facilitate smooth passage for interstate commercial vehicles plying the road, a group of armed men suspected to be robbers fired at the Amotekun Operatives and a gun duel ensued.
In the process, one of the robbers nicknamed Akin Sarz was neutralized and two others gang members were arrested at the scene with a locally made pistol with catridges

The men of Nigerian Police from Atiba were called to the scene while Amotekun operatives handed over the two arrested armed robbers along with the corpse of Akin Sarz to men of the Atiba police.
The Atiba Police later handed over the surviving gang members to the State CID Iyangaku for further investigation.

Preliminary investigation conducted at Atiba Police post revealed the identity of the deceased as a student of the Federal College of Education Special(SPED), Oyo and a known cultist.

The gang members confirmed that the deceased was their gang leader and that they have been terrorizing the general area of Afijio and Oyo Township for some time”.

The questions to ask are as follows:
A. What would a responsible student be doing with handheld gun and bullets at a barricaded spot on a major highway in Sabo Area (Atiba LG) a distance of about 10kms from Akinmorin in Afijio Local Govt. by 1 am?

B. What was the so called student doing with a locally made pistol (lethal weapon) at the spot were he was shot ?

C. Could it be a coincident that he was in company of two other gang members who were neither students nor family members at about 1 am without any criminal intents?

D. Why did leaders of the National Association of Nigerian Students (NANS) Oyo State hide the fact that they visited the scene of the incident on Tuesday, 22nd December, 2020 at about 2pm in company of members of Nigerian Police and DSS?

E. Can NANS Oyo State deny the fact that members of the community at the scene confirmed the criminal activities of the deceased and his gang members in the area for sometime?

It is sad that a responsible organization would allow itself to be used as a tool to discredit Amotekun and score cheap political points against the state government.

It is also obvious that some persons with criminal and malicious intents who are being frustrated and denied freedom of action by Amotekun Corps are out to fight back and discredit the state government all in an attempt to gain cheap political points and misinformed the general public.

Consequently, we will like to implore our news men and the Media to please always balance their stories in future and in particular, carry out investigative journalism to unravel facts surrounding every circumstances before rushing to press.

Anyone desirous of getting further details on the Oyo incident can visit Akinmorin Community in Afijio LG.
Such persons can as well inquire from police whether a delegation of NANS visited the scene of crime to unravel circumstances leading to the death of the deceased student.

The Oyo incident was purely a case of violent armed robbery involving a student and his gang members.

The Oyo State Amotekun Corps has a duty to all persons living within its Area of Responsibility. Consequently, it would do all within its legal responsibility to protect lives n properties without prejudice to any sentiment.

The Corps wants to assure all of its unflinching commitment to its responsibilities and the good people of Oyo State.
We are open to transparency and objective criticism devoid of any parochial sentiment tailored towards scoring cheap political gains.