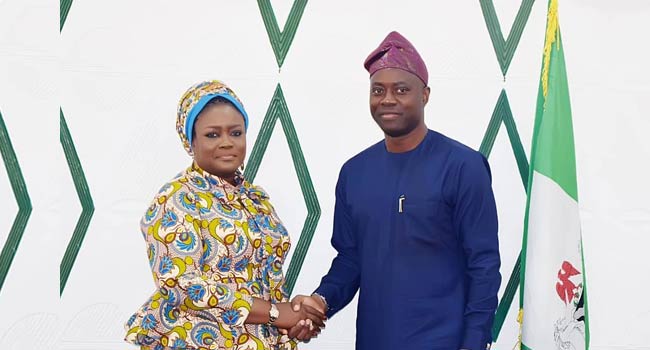 The government of Oyo State has clarified as Fake News, a report circulated online by Mega Icon News and Sahara Reporters, which indicated that the office of the Secretary to the State Government was burgled last week.

The government equally insisted that newsmen must always seek clarifications from requisite authorities to avoid the allure of Fake News.

A statement by the Chief Press Secretary to Governor Seyi Makinde, Mr. Taiwo Adisa, stated on Saturday that there was no iota of truth to the claim in the story.

Checks with all arms of security at the secretariat confirmed that the story was fake, unfounded and indeed an outright lie, the statement said.

“Indeed, the original publisher of the story, Mega Icon, was so mischievous that he didn’t crosscheck the purported story with any government official. He only added a line debunking the story after an official of the SSG had questioned the veracity of the fake report.

“He had claimed to an official of the government that he had to publish the fake news because he was once shunned by officials of the Ministry of Agriculture.

“Surprisingly, Sahara Reporters lapped up the Fake News, an indication that the integrity of the media houses is at stake.

“The story not only failed the simplest tests that news men worth their onion subject news stories to, it raised all the red flags of Fake News, as it claimed that no arrest had been made without stating which police station the alleged burglary was reported to and by whom.

“The Fake News had also gone ahead to state that imaginary valuables were carted away without stating what and what was stolen. Sadly, the purveyors of the Fake News have also let down their readers by not being able to provide further details days after publishing the initial lie.”

The  government warned media men to always ensure professionalism in the discharge of their duties, stating that responsible and ethical journalism espouses truth and the sanctity of facts above fiction.

It added that anyone who deliberately publicises fake and concocted stories would be made to face the wrath of the law, as there are constitutional stipulations that guide against publication of falsehood.

“We find it appalling that a media house worth its name would  publish a story that has no basis and is not in any way close to reality.

“In fact, we can no longer doubt the fact that the purveyors of this Fake News are out to blackmail the government in an attempt to rubbish the initiatives of the administration in the security sector.

“We want to, however, state categorically that the state will ensure no offender goes unpunished, as there are constitutional provisions against the publication of falsehood by the press despite the fundamental freedom of expression, because the administration can no longer condone the excesses of the Fake News carriers.”