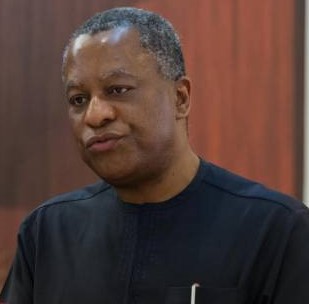 Nigeria’s Foreign Affairs Minister, Geoffrey Onyeama is to deliver a keynote address on Media and Dynamics of Migration at the West African Media Summit in Lome, Togo alongside Abdulawaheed Odusile, the former President of the Nigeria Union of Journalists and the West African Journalists Association, now Commissioner for Information and Strategy, Ogun State and a member of the African Union Labour Migration Advisory Committee, Dr Princess Asie Kabuki Ocansey from Ghana on June 22-23.

The conference to be chaired by the Minister of Communication and Media Togo, Professor Akodah Ayewouadan will also witness the participation of the International Organization for Migration (IOM) Togo, Ghana, West African Office and others.

While Odusile is to deliver a presentation on tips of investigative journalism on migration reportage, Ocansey is billed to speak on decent work benefits to the region through labour migration respectively.

The conference being organized by the Journalists International Forum For Migration (JIFORM) comprising over 300 journalists across the continents covering migration matters headquartered in Nigeria according its President, Ajibola Abayomi was aimed at enhancing media and stakeholders capacity on the principles and trends of migration and possible gains for the West African Economy.

According to him, JIFORM was excited to partner with Organization Pour l’intégration Africaine (OIA), Togo led by Dr Williams Ijoma Azuma as well as involvement of the National Council of Media Publishers and National Press Association of Togo.

He said time had come for both the Francophone and Anglophone journalists in West Africa to unite and further promote advocacy on safe, orderly and regular migration by working to ensure a paradigm in labour migration to favour the region with the highest number of African migrants abroad.

“The Economic Community of West African States (ECOWAS), other regional economic communities and the African Union should not fold their arms while their citizens are being sold to slavery, human trafficking, and abuses be it child labour or prostitution in several parts of the world.

“As media professionals, we need fundamental understanding of migration dynamics in order to orientate our people that decent work aspiration through regular migration is the only dignified way to reaping the benefits accruable in the diaspora via prosperous journey.

“Thus, the African leaders must be ready to invest more in media training and provide more job opportunities for the people to stem the tide of irregular migration through the unapproved routes such as the desert and Mediterranean Sea which at the end leads to perilous journeys. That is why JIFORM has reached out to experienced and distinguished speakers to share knowledge with us at the summit.”

JIFORM, founded in 2018 since its inception, has been organizing an annual international migration summit, several workshops for the media and stakeholders out of which over 2000 journalists and other participants have benefitted.

The global media body in partnership with the Nekotech Center of Excellence, Ghana organized the maiden African Migration Summit in Accra Ghana between February 25-26, 2021 and will stage its third global summit on migration in Niagara Falls, Canada between November 29 and December 6, 2021.