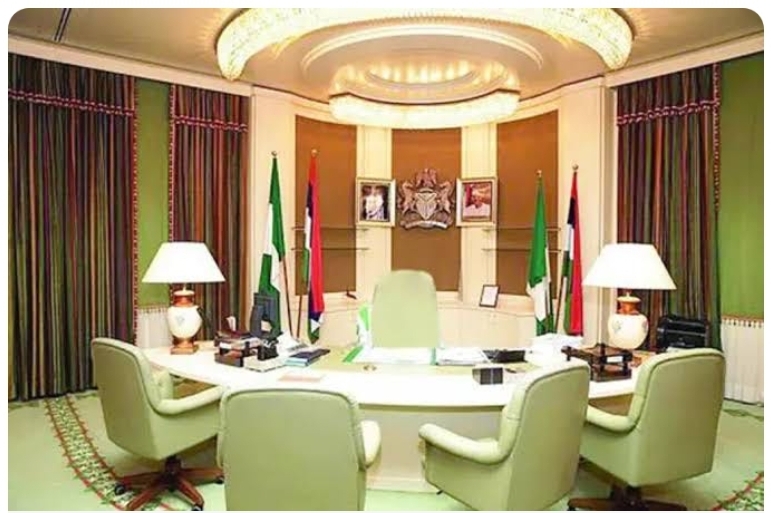 Miffed about the current state of affairs in Nigeria, the late Fela Anikulapo, from the land of the dead, looks back and picks the CD containing his song, Teacher don’t teach me Nonsense, where he theorised about the craziness in the operation of Nigeria’s brand of democracy.  Abami Eda reasons that it is inconceivable to see things grow worse from one government to another while the same democracy works well and brings development in other Western democracies were it not for demons operating in Nigeria’s democracy.

These aspirants have formed the billionaire club and with the conspiracy of their party leaders, have put barriers on the way of eligible and the most suitable but financially incapable aspirants to contest with them. They hold on to that structure tenaciously and ask youths to wait for their time despite the fact that the incumbent president has practically been ruling Nigeria from youth till old age with his other military comrades.

Financial inequality has become weaponised as an instrument of strategic exclusion in Nigeria where the most qualified are shoved aside by money bags. These parasitic money bags make strong individuals that can do their bidding. They weaken institutions that ought to be strong enough to check their greed. To what extent has the primitive accumulation of the ruling elite influenced the quest to want to become millionaires and billionaires in Nigeria through illegitimate means?

It was Teniola Apata, popularly called Teni Makanaki, who showed through her song the importance of money in achieving upward social mobility. In her song, Billionaire, Teni mirrors the mindset of Nigerian youths and their quest for money. She lyrically argues that Femi Otedola and Aliko Dangote, who are billionaires, do not possess two heads (won o lori meji) and that the aspiration to step into their shoes as a billionaire will be realised in order to compete effectively within the billionaire club.

In our society, ritual killings here and there are all about making money. When some teenagers slaughtered their girlfriend in Ogun State, it was all about making money and using posh cars. Since the arrest of the billionaire kidnapper, Chukwudi Onuamadike, also known as Evans, the landscape of kidnapping for ransom has changed in the country. It has become a new industry yielding high returns with low cost. Since political parties have used money as a barrier for people of legitimate means to compete, there is no doubt that kidnappers and terrorists and their sponsors will purchase forms, after joining these parties, and contests in 2023. We should know what to expect post-2023 with the background that we are laying.

A scan through those who have obtained forms from both the All Progressives Congress and the Peoples Democratic Party revealed that they are those who have been feeding themselves and their families from Nigeria’s collective patrimony since the return to democracy in 1999. Most of them could not solve small problems in their past and present positions as governors, former governors, serving or former senators. Most of them are part of this failing government; a government that cannot secure its citizens but rather baptised them into poverty. A government that deploys public funds to feed terrorists and train them in foreign schools as repentant. Yet, the same government cannot fund public education for law-abiding children.

A government that leaves her security men and women vulnerable to the whims and caprices of terrorists, bandits and Fulani invaders. This is a government that gives orders to Service Chiefs to stop insecurity but never bothers to probe why there are no results and our gallant officers are killed almost on a daily basis.

These aspirants are among those who deny their countrymen and women quality education, health and security. While in office, they took so much. When they were leaving, they arranged so much for themselves as severance packages and lifetime social welfare packages. But they make poor pensioners suffer. As those in service see how former colleagues are treated, they learn to corruptly enrich themselves so that they will have something to fall back to. This is the origin of fake certificates, fraud and forgeries in the civil service.

These billionaire presidential aspirants have also started their dramaturgical performances, presenting themselves in the ethnic clothing of other groups. I hope Nigerians are not fooled by such deceit. Erving Goffman (1922-1982) devoted quality time to interrogating life as a social stage and individuals as actors who struggle to create certain impressions through the presentation of selves.

The incumbent President, Major General Muhammadu Buhari (retd.), was presented as pan-Nigeria during campaigns (and as a converted democrat), adorning attires of other ethnic nationalities but after elections, the original Buhari personality governs. This impression management (efforts to create specific impressions in the minds of the people) includes performances such as identifying as Yoruba, Ibo or Hausa through dressing, opening your doors to all interest groups, tweeting, dancing to hip-hop during campaigns to appeal to youths, attending any religious events against your own known religious convictions, among others. Having money to purchase the expression of interest form by themselves or through proxies does not imply they have solutions to the problems plaguing the country. Rather, it’s a lifelong ambition for some and an investment for the majority of them as they scramble for the remains of Nigeria.

Purchase of forms is a political strategy by billionaire pretenders to negotiate their political life in a post-Buhari presidency. Their aspiration is not to solve the problem of unemployment, which is about 33.3 per cent. They are not bothered about rescuing over 120 million Nigeria swimming in poverty, fixing power or ending the compromised territorial integrity and insecurity troubling the country. They use poverty as a weapon for political domination.

Fela Anikulapo watches our compromised system and queries the entrenchment of culture and tradition of corruption, mismanagement and embezzlement where there is no accountability to the source of money. There are consequences for the millions of naira being invested in political activities while critical human capital development is low. As Fela says, rich man dey mess (demo-crazy), but the poor man will suffer the consequences of the mess.

APC Convention: How The Delegates May Vote

Tolulope Akande-Sadipe: The Making of another Koseleri in Oluyole Federal Constituency