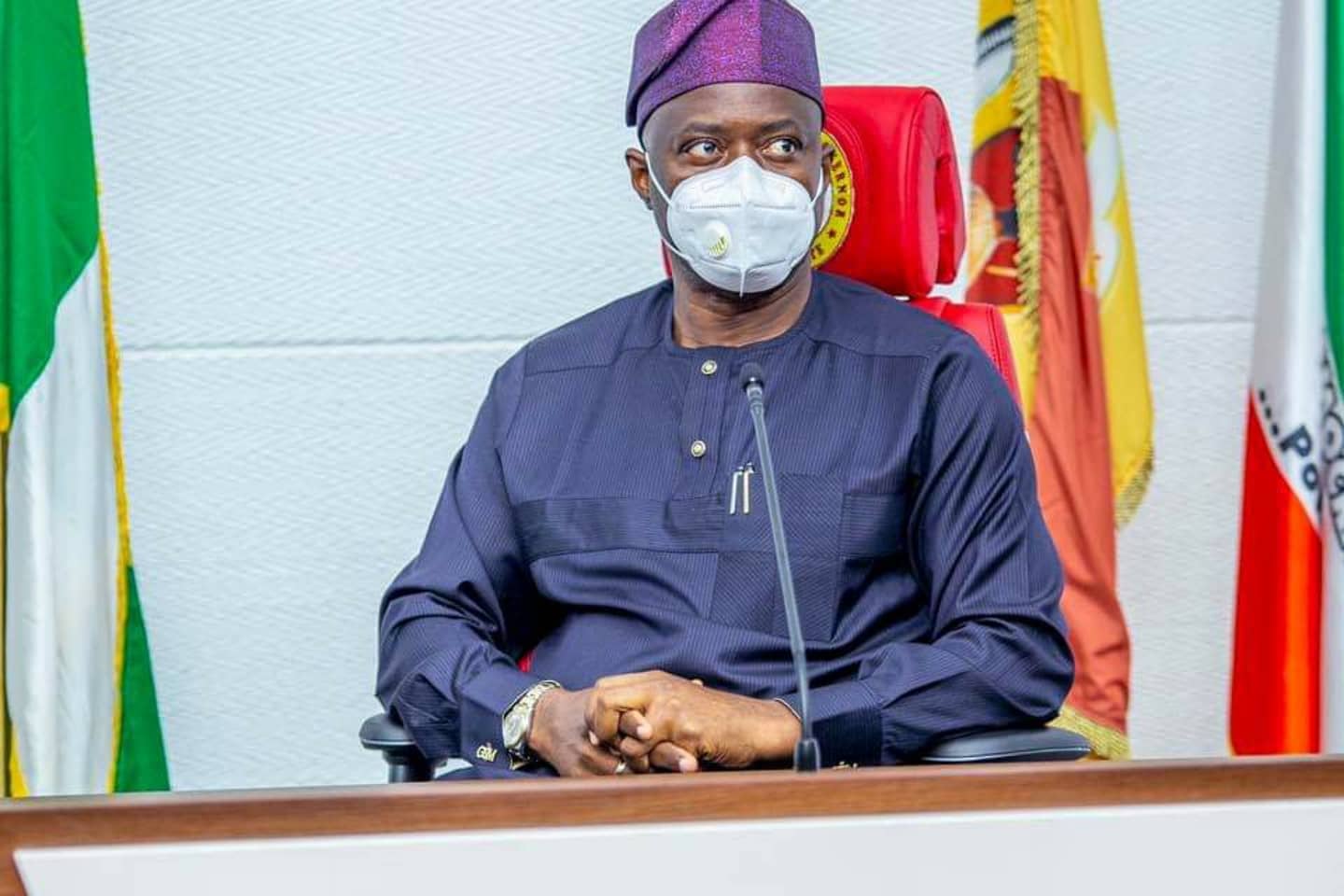 Oyo State Governor, Engineer Seyi Makinde, on Thursday, declared that Nigerians should use the occasion of the nation’s 60th independence anniversary to focus on moments of its happiness rather than looking behind and living in regrets.

Governor Makinde, who stated this in his State Broadcast in commemoration of the country’s diamond jubilee, said that the country has got some things right in the last 60 years, noting that the current democratic experience is one of the positives that must be maintained and nurtured to maturity.

A statement by the Chief Press Secretary to the governor, Mr. Taiwo Adisa, indicated that the governor, shortly after the State Broadcast, also led other Oyo State Government functionaries on a Walk, which started from the Arcade of the Government House, Agodi, Ibadan.
He maintained that 60 years of independence is a landmark that should have been celebrated with pomp and ceremony but that the COVID-19 pandemic has restricted the celebrations, stating, however, that Oyo State Government decided to embark on the Independence Walk, while the Quarterly Live Interview with the Governor would also be held to interact with residents of the state.
According to the governor, though a lot of people would choose not to see anything good in Nigeria and would want to spend the rest of the day reminding Nigerians of all the times the country has failed the test of nationhood, it is not all a tale of woes, as the country has got some things right.

“A lot of people may not see anything good in Nigeria over the past 60 years but it is not everything that is wrong with Nigeria. We have gotten some certain things right and we should remain focused, build on them and make amendments in areas where we are falling short.

“Nigeria’s Independence Day Anniversary comes once every year. But it is not every year that we get to celebrate a diamond jubilee, Nigeria at 60. Today is indeed a special day and while I know that many people would want to spend the day reminding us of all the times we failed the test of nationhood, I choose to spend more time thinking about the future. Because if a person’s past is not filled with happy memories, he has the choice, to create happier moments in the future,” he said.

Governor Makinde called on all Nigerians to continue to give democracy a chance, stating that residents of Oyo State are now enjoying true democracy following their decision to vote for the people’s government.

He said: “We are in office today because we received your mandate. We are working because we are assured that you, the good people of Oyo State are behind us, supporting our plans that are gradually bringing about accelerated development in our dear Oyo State.

“For the first time in so many years in Oyo State, the people have a say in the decisions that we make. We have put in place systems by which you can reach us and speak to us. We are running an open door policy. Even the executive budget system is subjected to the rigour of public opinion.

“As a result, we are seeing developments in every sector of the economy. In the education sector, we are continuing to build and rehabilitate schools. Currently, applicants for the teacher recruitment exercise for Post Primary Schools are undergoing oral interviews. Soon, the problem of inadequate teachers in state-owned secondary schools will be reduced. We have received reports that the process has been transparent and fair.

“We are putting the state on the path to economic recovery post COVID-19 by getting more investors into the state. For once, moribund public facilities are getting a new lease of life. I am happy to report to you that the Pacesetter Quarry and Asphalt Plant, Ijaye, which we handed to private concessionaires in May, 2020 has already gone into production and we are using the asphalt they produce in road construction in Oyo State. In the next few months, the Pacesetter Fruit Processing Company, Oko, will become functional again. We have also handed over the Agbowo shopping complex, Ibadan, to concessionaires.”

The governor added that the administration has succeeded in reducing the state’s infrastructure deficit faster by using various funding approaches to get the job done.

He said: “Our various road projects are proceeding on schedule. The Moniya-Iseyin road is 57 per cent complete, the 21km Airport-Ajia-New Ife road with a spur to Amuloko, which was just commenced in August, 2020 is already 4 per cent complete. The Apete-Awotan-Akufo road and Under G-Stadium-LAUTECH-2nd Gate road are underway. We recently re-awarded Saki Township road and awarded the Gedu-Oroki-Sabo-Ashipa road in Oyo Town.”

The governor added that the Akobo-Ojurin road, which according to him, was mismanaged by the contractor engaged by the last administration, is on the verge of being re-awarded.

He called for patience on the side of the people whenever they noticed that expected dividends of democracy are slower in coming, noting that one of the disadvantages of the system is that it must follow bureaucratic processes, which often slow down decision-making, pointing out, however, that the worst of democracy is still much preferred compared to military dictatorship.