NIGCOMSAT: The Strength in our collective Asset 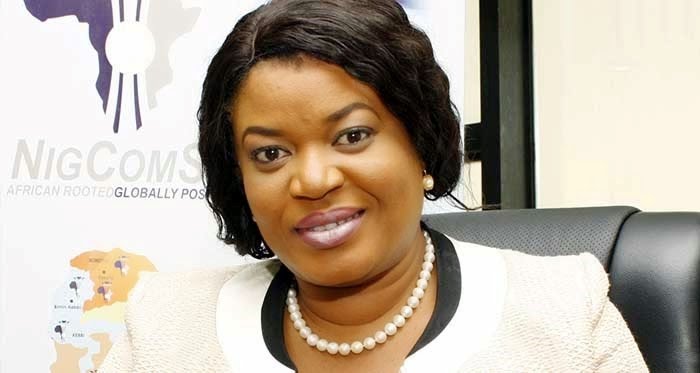 In the Western world, at restaurants, à la carte, pronounced /ɑːləˈkɑːrt/ is the practice of ordering individual dishes from a menu in a restaurant, as opposed to table d’hôte, where a set menu is offered. It is an early 19th century loan from French meaning “according to the menu”.

This read would afford you the different dishes or better put, services from a menu, called Nigeria Communications Sattelite, which I am certain many readers here may not have heard about.

Most importantly, after this 10 minutes piece, readers would have greater scope with what we refer to as the menu here. You’ll be able to choose its different dishes (services) from a large selection (NIGCOMSAT), then decide which sides, garnishes, and drinks would best complement them.

Nigeria Communications Satellite, NIGCOMSAT, a company established in April, 2004, under the supervision of the Federal Ministry of Communications Technology, has looked for ways to explore the commercial viability of the country’s communication satellite(s) for its socio-economic benefits.

Enjoying the gracious extension of her appointment by the Federal Government, Ms Abimbola Alale, the Managing Director and Chief Executive Officer of NIGCOMSAT has executed her duties with so much wealth of experience.

NIGCOMSAT Ltd is a satellite communications service provider wholly owned by the Federal Government of Nigeria providing secured broadband, broadcast network and ancillary services in Nigeria, Africa and beyond.

Abimbola Alale who became the only African on the board of Space Generation Advisory Council about 3 years ago, has been listed as one of the top women in the African Space Industry, after pursuing an active career in the Space Sector for over seventeen years.

Her career began at the National Space Research and Development Agency (NASRDA) where, as the Assistant Project Manager, she was part of the team that championed the manufacture and launch of the first sub- Saharan African communication satellite, NigComSat-1 in May 2007.

NIGCOMSAT Ltd, under Ms Abimbola Alale’s leadership, has attained the milestone of full commercialization of the company.

When the Nigerian Communication Satellite company, was incorporated in 2006, the government had ambitious plans for it. Subsequently, the country launched the Sub-Saharan Africa’s first geostationary communication satellite under the auspices of NIGCOMSAT.

The activities of NIGCOMSAT are domiciled under the Federal Ministry of Communications with a high expectation to transform information and communication technology in Nigeria. The Satellite was also expected to improve national security, broadcast, internet access, and e-governance, which is also crucial in the health, education, and extractive sectors.

The satellite under NIGCOMSAT’s control, NIGCOMSAT-1R, which was launched in 2011 has a lifespan of 15 years, with an estimation that every year, digital mobile operators and telecommunications companies in Nigeria, spend over $2 billion in getting satellite services from foreign groups.

Isa Ali Pantami, who was appointed Minister of Communications and Digital Economy then, was especially concerned about the state of affairs at NIGCOMSAT. A month after he assumed office, he directed the agency to get an International Standard Organisation (ISO) certification.

As a matter of fact, his Ministry has just unveiled six IT based projects, one of which is the opening of Nigeria Communication Satellite (NIGCOMSAT)’s Northwest Regional Office in Kaduna.

This would further ensure the viability of the company and fulfilment of its vision is to be “the leading satellite operator and service provider in Africa”. Although, NIGCOMSAT’s potentials have not been fully harnessed by the country, but embedded in it are potentials to generate revenue and create jobs, as we have in other countries.

But, in recent times, NIGCOMSAT has enjoyed full supports and collaboration from both the private and public sector. According to a 2016 report by a leading tabloid, the company generated N584 million in revenue between 2011 and 2014.

Lest we forget, Abimbola Alale holds a postgraduate degree in Space Studies and an MBA degree from the International Space University, Strasbourg, France. This gives credence to the unmatched progress recorded at NIGCOMSAT.

She has ctively worked on some national priority projects such as the NigComSat-1, NigComSat-1R projects and the establishment of a National Direct-to-Home Digital Transmission Centre.

However, there are plans to launch additional communication satellites into space, having new satellites in space would demonstrate the company’s capacity to “develop into a huge commercial enterprise as well as compete in the international satellite market”.

Though, there is need for the Federal Government to look into NIGCOMSAT and consider how the agency would move beyond managing only one communication satellite: the NIGCOMSAT-1R.

Recall that, in January 2018, former Communications Minister, Adebayo Shittu announced that China’s EXIM Bank and state-owned China Great Walls have agreed to fund the production of two new satellites for NIGCOMSAT expected to cost $550 million. He said the satellites would be ready two years after the deal is sealed. It is pertinent, Government looks into this and bring it to fruition.

One way to reverse the trend of events, in the sector is if Federal Government can mandate its MDAs and other Technology based organisations to buy satellite bandwidth from NIGCOMSAT. It would go a long way in reinforcing the company’s predominance, existence and unmatched importance.

NIGCOMSAT’s competence in the Telecommunications sector, has encouraged foreign players, such as Airbus, a European multinational aerospace corporation who paid a courtesy visit to Nigerian Communications Satellite (NIGCOMSAT) Ltd with the view to showcasing its capability and willingness to offer further engagement and related elated services in the communications satellite industry.

NIGCOMSAT has gracefully filled in the local supply gap, where foreign service providers exploit others in provision of bandwidths.
Nigeria’s NIGCOMSAT, has over the past 14 years proven to be a lucrative entity and has encouraged service providers to maintain their strong presence in the communications industry.

NIGCOMSAT’s mission has always been to provide seamless connectivity and satellite communication solutions through innovation. With this, telecommunications satellite operators traditionally have been the most profitable space companies, often recording double-digit margins year after year.

NIGCOMSAT has competed with its counterparts across the globe, though with many restrains. With its reliable/sufficient satellite assets and affordable services, NIGCOMSAT has won the trust of many Government agencies, and companies, such that they trust its activities.

With its brand new crop of competent leadership, which was recently inaugurated by President Muhammad Buhari, then NIGCOMSAT’s present model is sustainable, bearing in mind that the new Board sees it as a business enterprise that must yield profit.

NIGCOMSAT has successfully portrayed itself as a reliable service provider to other resellers. That means on their platform they can host satellite TVs like DSTv, StarTimes, and GoTV. The Company also launched its own DTH, Direct to Home, which is a welcome development. Considering that today’s Broadcast Industry consumers demand more than ever before. They want to watch their favourite shows in high quality, on any device, anywhere, anytime. As a broadcaster, you want to provide the best content in all necessary formats, to reach new audiences wherever and however they watch.

With a capacity of more than 250 Channels on NIGCOMSAT’s DTH platform, they have delivered a wide range of media content to their customers’ homes – including standard TV, HDTV and the Ultra HD channels. Satellites are ideal for transmitting content to cable and terrestrial networks on every continent. At NIGCOMSAT Ltd, they provide the lease of dedicated space segment services for your content distribution.

NIGCOMSAT’s satellites are the main distributor of cable programming, with neighbourhoods that reach almost every cable household, in West Africa and Southern Africa bringing the world’s most informative and entertaining programming to your audiences.

With cable distribution, NIGCOMSAT’s satellites feed media content to cable head-ends, or integrated together with DTH. As the satellite feed is made available, it can be dimensioned to make the best possible use of the satellite capacity, often achieving a higher throughput than is achieved with DTH.

It is worthy of note that, the manner at which consumers enjoy content is changing as more content is watched on demand.

Therefore, NIGCOMSAT’s services ensure signals are distributed according to an optimised transmission scheme for both occasional use and full-time contribution.

NIGCOMSAT’s satellite broadband service connects customers in parts of Africa and Asia providing multiple solutions to their communication needs, on the Ku-band, C-band and Ka-band platforms on NigComSat-1R. NIGCOMSAT’s satellite broadband service can be deployed almost anywhere, in a very short time making it ideal for business continuity and connectivity in remote, hard to reach locations or temporary sites.

According to them, “Our services are cost-effective, secure, with high-speed data and video Internet connections. Our solutions are tailored for optimal delivery in communications, disaster recovery and security applications”.

NIGCOMSAT has the in-house capability to offer total turn-key solutions for a VSAT network in Africa, Asia and currently supports a number of services in Nigeria and Gabon. NIGCOMSAT satellite broadband services are delivered using the world’s leading VSAT platforms, iDirect and NewTec.

However, analysis by Space in Africa observes that one of the approaches that have worked for NIGCOMSAT’s major competitors is, they are not entirely owned and managed by the government. While 16.7 per cent are state-owned, 33.3 per cent are private companies, and 50 per cent are publicly traded. Angola’s AngoSat and Algeria’s AlcomSat which are similarly operated by the government are also not economically viable.

Egypt’s NileSat, currently Africa’s largest satellite operator valued at over $586 million, used to be government-owned as well. But its fortunes improved after it was publicly traded. In 2018, Space in Africa noted, it made a revenue of up to $145 million.

TeleSat, which was previously owned by the Canadian government, has a similar history. Following its privatisation in 2007, its worth has more than doubled from $2.8 billion to $7 billion and the company is currently the world’s fourth-largest FSS provider.

No doubt, NIGCOMSAT has been faced with many problems. Chief among them is epileptic power supply, which crippled services of NIGCOMSSAT-1, the originally launched Chinese-built satellite which cost $340 million (then N40 billion).