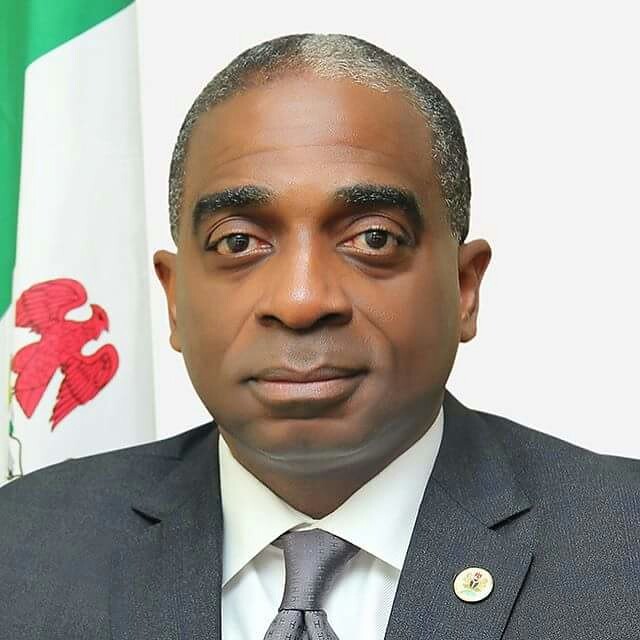 Exporting can be very rewarding in diverse ways, especially in Nigeria, where exportation is considered a lucrative career. It involves selling your products/ services in foreign markets.

Some of the benefits include; Spreading your risks and reducing dependence on the Nigerian market; increasing your sales, productivity and makes you more efficient; Generating new ideas, marketing techniques and improve ways of doing business.

The Nigerian Export Promotion Council (NEPC), a government agency, is the leading Federal Government Agency charged with the responsibility of promoting non-oil export in Nigeria to diversify away from oil and build a formidable economy.
Established through the promulgation of the “Nigerian Export Promotion Council Decree No. 26 of 1976”, now an Act in line with the democratic governance of the Country, oversees the exportation business in Nigeria.
The Council has a responsibility to promote non-oil exports as the key driver of the Nigerian economy. Position the export market as the growth opportunity of choice for private sector earnings and sustainable economic development. importance

This Act was amended by Decree No. 72 of 1979 and further amended by the Nigerian Export Promotion Decree No. 41 of 1988 and complemented by the Export (Incentives and Miscellaneous Provisions) Decree No. 18 of 1986.
Furthermore, the Nigerian Export Promotion Council (Amendment) Decree No. 64 and 65 of 1992 was promulgated to enhance the performance of the Council.
The council is supervised by an astute lawyer, Segun Awolowo Jr., born 27 September 1963, and has assumed the role of an Executive Director at the council since 2013. He is the grandson of former Premier of the Western region, Nigerian nationalist, socialist and statesman, Chief Obafemi Awolowo.
The Nigerian Export Promotion Council] (NEPC)[1] was established through the promulgation of the Nigerian [Export]] Promotion Council Decree No. 26 of 1976, and was formally implemented in March 1977. The act was [amended]] by Decree No. 72 of 1979 and further amended by the Nigerian Export Promotion Council Decree No. 41 of 1988. Appended to the law was the Export (Incentives and Miscellaneous Provisions) Decree No. 18 of 1986, as well as the Nigerian Export Promotion Council Amendment Decree No. 64 of 1992.
Ever since Segun Awolowo became the Council’s boss, it has promoted the development and diversification of Nigeria’s export trade, assisting many in promoting the development of export related industries in Nigeria.
The Council also spearheads the creation of appropriate export incentives and actively articulates, promote the implementation of export policies and programmes of the Nigerian Government.
Mr. Segun Awolowo was appointed the Executive Director of the Nigerian Export Promotion Council (NEPC) by President Goodluck Jonathan in 2013 and by virtue of his astute performance, his tenure which expired in November 2017 was renewed by President Muhammadu Buhari in February 2018 for another four year tenure. In June 2019, the NEPC under his leadership planned a partnership with retail company, Shoprite for the latter to export Nigerian products to other African countries and beyond.
Segun Awolowo has been driving the Zero Oil Plan, as an economic blueprint for Nigeria. It was launched in 2016. He is making frantic efforts to promote the plan with the private sector, relevant government institutions and international development partners and businesses.
Zero Oil plan is a part of the Economic Recovery and Growth Plan (ERGP), a medium term plan developed by the Federal Ministry of Budget and National Planning. Awolowo’s Zero Oil plan is to increase the country’s export by increasing production of home made goods, moving from the export of raw materials to value added products so as to increase the foreign exchange revenue, to promote the value of Nigerian made products and services abroad, and to create jobs. It aims at generating $30billion in foreign exchange earnings.
Through his efforts, the council has contributed in no mean measure to the financial progress of the Nation. The Chief Executive Officer of Nigeria Exports Promotion Council (NEPC), Segun Awolowo was recently quoted in a report to have said that Nigeria’s informal sector records annual exports of about N41 billion across the African States. Awolowo said that Nigerian products are exported across the West African countries.
These include perishables like agriculture produce, animal skin and locally manufactured goods, which are largely not captured by government agencies like the Nigerian Bureau of Statistics.
Though, regrettably, some agricultural products are taken out of the country by different business organisations, that are mostly informal.
The Federal Government has liberalised the market to allow Small and Medium Scale Enterprises (SMEs) to thrive, through the Nigerian Export Promotion Council.
Awolowo once said that, NEPC is evolving a programme, ‘one state, one product; in which no fewer than 22 products from the country had been identified for exportation.
He also explained that the agency was collaborating with state governments to develop at least one agricultural produce in every state for exportation purpose.
Some of the 22 products the agency was working on to export to Europe, Asia, America, Middle East and Africa include cocoa, cashew, plantain, cassava, orange, leather, banana, garment, ginger, shea butter, sesame seed, cow pea and spices among others.
“All across ECOWAS, we see our products going out of the country, even though, in informal ways. This is worth about N41 billion annually. The government is aware of this, but decided to look the other way around in order to allow indigenous business to thrive.”
The Council has effectively co-ordinated and monitored export promotion activities in Nigeria, and disseminates information to local manufacturers and exporters information on foreign markets on products available for export.
The Council, under the leadership of its CEO, Segun Awolowo has been a major source of technical assistance to local exporters in such areas as export procedures and documentation, transportation, financing, marketing techniques, quality control, export packaging, costing and pricing, publicity and in other similar areas.
Representing the Nation on matters bothering on Exports, the Council has provided training to local exporters and has assisted with the manpower development of the export community in Nigeria.
It has fifteen (15) zonal offices located at Aba, Akure, Benin, Enugu, Gusau, Jos, Kano, Lagos, Maiduguri, Makurdi, Minna, Owerri, Port-Harcourt, Uyo, Yola; while Lagos, Kano and Port-Harcourt serve as Area Offices for easy co-ordination of the activities of the Zonal Offices.

Olamide Adeniji is a PR Strategist and a Media Officer. He is the Publisher of Oyonews.com.ng

How To Win Elections in Nigeria! By abiodun KOMOLAFE