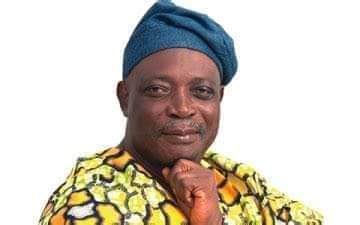 The chairman of the Nigerian Communications Commission, NCC, Professor Adeolu Akande, has congratulated former Governor Rashidi Ladoja as he clocks 76.

Akande, in a congratulatory message, said the Osi Olubadan is someone whose life should be studied.

“His has been a life of struggle and triumph from the beginning. A son of an average Nigerian father, he got a scholarship to study at University of Liege, Belgium. That was at a time he never thought of a foreign degree but he came back, with his boot full of accolades, coming home with a degree in chemical engineering. This was after he had shone brilliantly at the Ibadan Boys High School and Olivet Baptist High School, Oyo.

“For 13 solid years, he was at Total Nigeria, an oil company, before setting up private shipping and manufacturing business in 1985.

“He was later elected senator and in 2003, he became governor of Oyo State. Till date, he has continued to be remembered by the masses and especially the civil servants. Till date, he commands a cult-like followership. I remember how his then Accord party was readily available, in 2011, to form a coalition with our defunct Action Congress of Nigeria, ACN, to form the leadership of the Oyo Assembly. You may not agree with him, he will bare his mind on issues, which are usually pro-masses.

“As he moves up in life, at 76, I cannot but pray God to preserve him for us so as to be able to drink from his deep wealth of experience. Happy birthday Sir.”