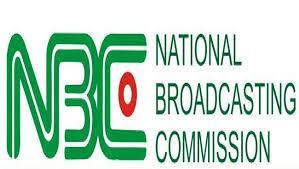 The National Broadcasting Commission (NBC) has fined Channels Television, African Independent Television (AIT) and Arise TV N3m each over their “unprofessional coverage” of the EndSARS protest and the crisis that followed it.

In addition to the N3m fine on AIT, the broadcast industry regulator said it is considering seizing the station’s licence over a fake report that the National Ecumenical Centre was set ablaze.

The NBC acting Director General Prof Armstrong Idachaba who announced the sanction at a press conference in Abuja on Monday said the three stations grossly breached the Nigeria Broadcasting Code in their coverage of the EndSARS crisis by relying on unverified social media reports.

Channels Television, Arise TV and AIT especially continued to transmit footages obtained from unverified and unauthenticated social media sources. No doubt these pictures stimulated anger and heightened the violence that was witnessed during the crisis,” Prof Idachaba said.

He said in a hurry to break the news, the stations engaged in “unprofessional” attitude to relay information to their viewers.

He said their reports of the crisis were speculative and largely inaccurate.

He said: “The National Broadcasting Commission is concerned about the professional misdemeanour of some broadcasting stations in the past couple of days.”

According to him, monitoring reports available to the Commission indicate that indeed at the early stages of the conflict the broadcast industry largely gave a fair and balanced coverage to the issues, the trend became completely reversed when violence, wanton destruction and looting were added to the dimensions.

“Perhaps in the eagerness to break news and be pace setter stations engaged in the very unprofessional attitude of speculative and unverifiable broadcast,” the acting DG said.

This, he added, is in spite of the provision of the Nigeria Broadcasting Code which cautions broadcasters against relying totally on “User Generated Content (UGC)”.

He said Nigerians are at the stage of their nation’s history when broadcasters have a crucial responsibility for responsive and professional broadcasting.

He said by picking unverified, unsubstantiated social media sources and repeating the narratives, Nigerian broadcasters have shown crass lack of professionalism and a disposition to be escalators of conflict and more seriously a threat to Nigeria.

“In line with the provisions of section 5.6.9 of the Nigeria Broadcasting Code which states that; “the broadcaster shall be held liable for any breach of the Code emanation from the use of material from User Generated Sources”. The Commission has therefore sanctioned Arise TV, Channels TV and AIT in line with the provisions of the broadcasting Code. This is to serve as deterrent to broadcasters who deliberately ignore to verify stories before they broadcast,” the acting DG said.

The commission called on broadcasters to always ensure that when they use UGC and Social media Sources, they must ensure their veracity and authenticity.

Meanwhile, the Commission has also condemned the assault and intimidation of media houses.

“The burning of TVC Lagos, the brief closure of Channels TV Lagos are all worrisome indicators of mob treat to the freedom of the press. No nation can grow when the citizens muzzle and intimidate its press,” he said