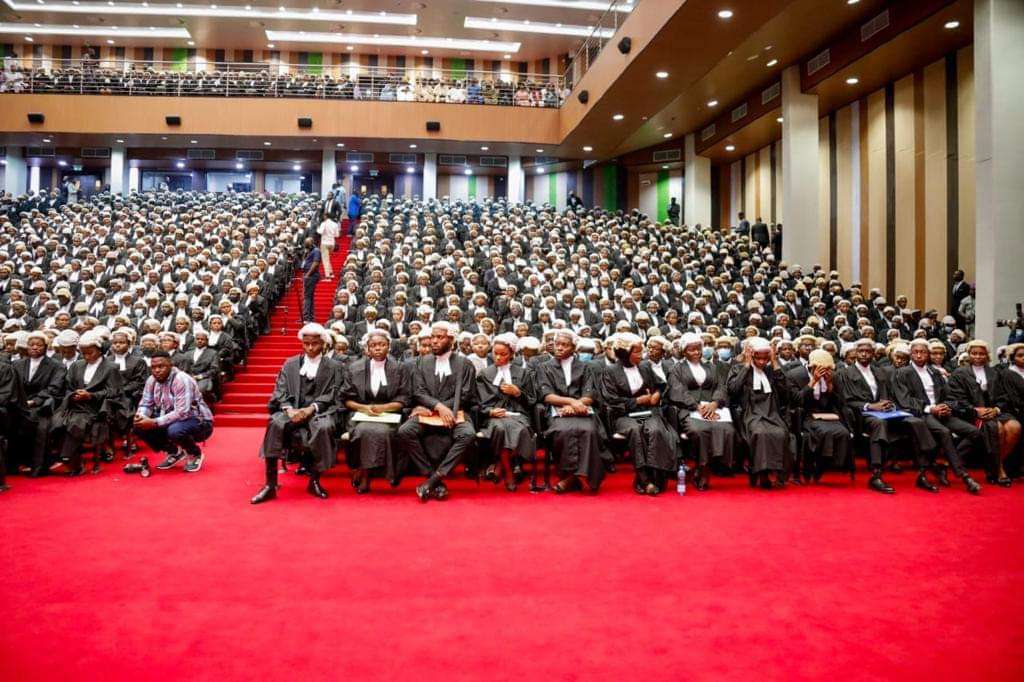 The Nigerian Bar Association, NBA has boycotted the Call to Bar ceremony organised by the Body of Benchers (BoB) where 4,711 new lawyers were admitted into the legal profession. 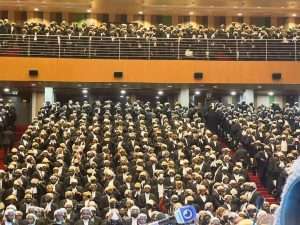 The Tuesday ceremony, was presided over by the Chairman of the Body of Benchers, Chief Wole Olanipekun, SAN, whom the NBA have asked to stepped down.

The association in a statement by its National President, Mr. Yakubu Maikyau(SAN), said its decision to shun the ceremony was based on the refusal of the Chairman of the Body of Benchers (BoB), Chief Wole Olanipekun(SAN), to resign.

In a letter equally copied to the Chief Justice of Nigeria, CJN, Justice Olukayode Ariwoola, the NBA asked Chief Olanipekun to step aside as leader of the BoB.

The call followed a claim by a leading partner in his chamber, Ms. Adekunbi Ogunde, that he influenced judges to deliver favourable judgements for his clients.

The NBA said it had, in view of the weighty nature of Ogunde’s claim and the negative impact it has on the overall image and integrity of the legal profession in the country, urged Olanipekun to allow his Vice, Justice Mary Odili(retd), to preside over the Call to Bar ceremony scheduled for Tuesday and Wednesday.

In the statement he made available to Vanguard, the NBA President, Maikyau, noted that he had in the said letter dated December, 4, made position of the association known to the BoB Chairman.

“In that letter, I requested the Chairman of the BoB to recuse himself from presiding over the Call to Bar Ceremony scheduled for 6 and 7 December 2022, for reasons clearly articulated therein.

“It would be recalled that my predecessor-in-office had, on 22 July 2022, written to the Chairman of the BoB to recuse himself from office on the same grounds set out in my letter.

“But the Chairman refused to acknowledge the said letter nor bring it up for consideration more than 5 months since its delivery to the BoB.

“My present letter is to bring to attention the earlier call made by my predecessor and to emphasise the damage being done to the legal profession by reason of our collective silence over such devastating issue, with the expectation that the Chairman will see reason to show remorse and for the BoB to ask the Chairman to recuse himself knowing that no one is bigger than the legal profession.

“At the meeting of the BoB held on 5 December 2022, I drew the attention of the Chairman to my letter and called for deliberations on same, since it directly impacts on the propriety of the Chairman presiding over the Call to Bar ceremony.

But this was not done nor were the hard copies of the letter distributed to the Benchers.

“The meeting of the BoB was adjourned to January 2023, on a date to be fixed by the Chairman.

“In the circumstances therefore, having regard to my firm persuasion that the matters raised in my letter should have led the BoB to ask the Chairman to recuse himself in the interest of safeguarding the integrity of the Legal Profession, I am in good conscience unable to attend and participate in the Call to Bar Ceremony.

“The NBA under my leadership cannot be part of the ceremony superintended by the current Chairman of the BoB for all the reasons stated in my letter under reference.

“To do so will be to endorse, celebrate or condone a practice that I consider unwholesome and unprofessional, by virtue of the Rules of Professional Conduct for Legal Practitioners 2007.

“I assure all members of the NBA that the sole motivation for my letter to the BoB is my conviction on the need to salvage the image, reputation, and integrity of the legal profession in Nigeria, which has been negatively impacted by the email by Adekunbi Ogunde, a Partner in the Law Firm of the Chairman of the BoB.

Meanwhile, the Body of Benchers (BOB) has cautioned that National Assembly against giving effect to its proposal to regulate the establishment of Law Schools in the country.

The man in the storm of the face-off, Chief Wole Olanipekun (SAN) “May we plead with the National Assembly to stop toying with the idea of promulgating laws or amending the Legal Practitioners Act, to pave way for the proliferation of Law School campuses, particularly, around the neighbourhoods of some lawmakers.

“It is within the exclusive prerogative of the Council of Legal Education, in consultation with the Body of Benchers to establish new Law School campuses.

“While I do not question the jurisdiction of the National Assembly to make laws as appropriate, Law School campuses cannot be established without clearance from the Council of Legal Education.

“What we need now is the improvement and upgrading of the existing Law School campuses, using the newly commissioned Graham Douglas Law School Campus, Port Harcourt, built and equipped by the Rivers State Government as a model. I dare say that it is the best in the country for now,” Olanipekun said.

“It behoves me at this point to forthrightly prepare your minds for the inevitability of bumpy rides, aspersions, tirades, general vicissitudes, and such other contingencies to which all humans are susceptible.

“These eventualities are of universal character, sparing no one, irrespective of illustriousness or nobility of pedigree, tribal or ethnic affiliation, religious inclinations, affluence eminence or dexterity. Yours faithfully is, of course, a living example.

“Our profession boasts of, and parades three key words: noble, honourable and learned. Covet these flagship words in your endeavours, understanding and relationship with others.

“Do not engage in strife, blackmail, mudslinging, campaign of calumny, treachery or any attempt to run or pull anyone down,“ Olanipekun added.

He urged senior lawyers to improve on the welfare of junior lawyers, and spoke of plans to mentor new lawyers nationwide through a mentoring committee of the BOB headed by J. K. Gadzama (SAN).

Olanipekun urged judges to be lenient with young lawyers, saying: “To our noble judges, before whom these young ones will start appearing, please be patient with them and exercise your awesome owners to commit for sparingly.”