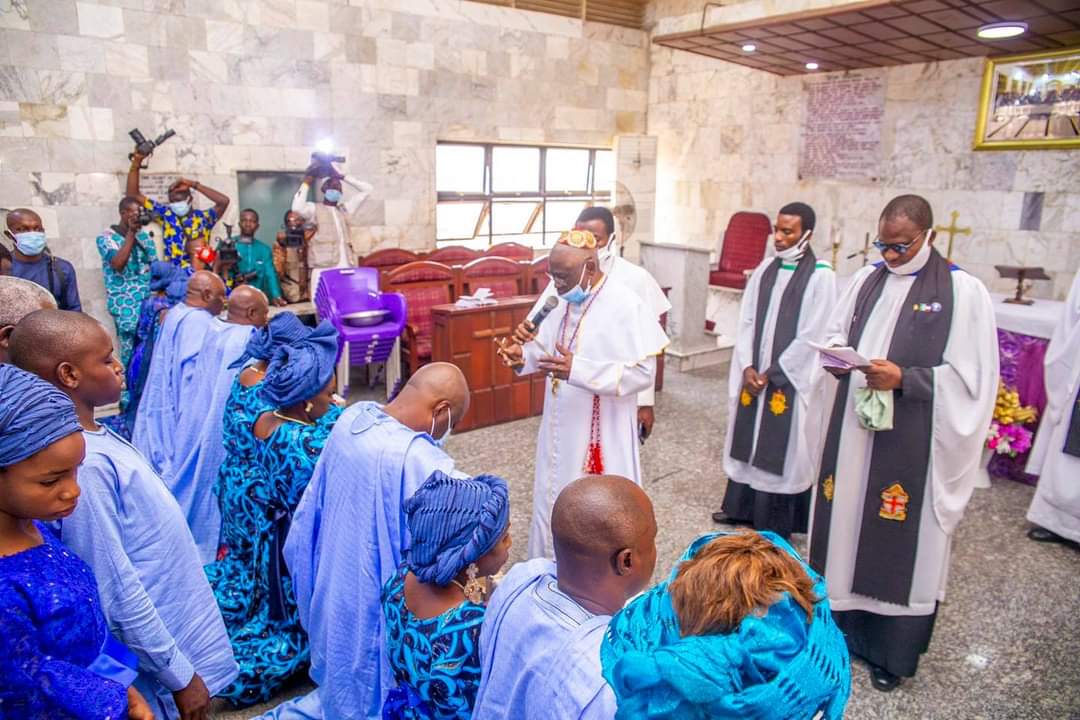 Oyo State Governor, Engineer Seyi Makinde, said, on Sunday, that the death of his mother, Madam Abigail Omojolagbe Makinde, has further confirmed to him that human beings’ stay on earth is truly temporary.
Makinde, who was giving his vote of thanks at the Thanksgiving Service in honour of his late mother, who was buried on Friday, said that no matter how long a human being lives, the reality of death was unmistakable.
A statement by Mr. Taiwo Adisa, Chief Press Secretary to Governor Makinde, indicated that the Thanksgiving Service, which was held at the Cathedral of St. Paul, Yemetu, Ibadan, had in attendance the deputy governor and his wife; the Secretary to the State Government (SSG), other top government functionaries as well as friends and political associates of the governor and his siblings.
Siblings of the governor in attendance include Engineer Sunday Makinde; Mr. Kayode Adedeji; Chief Muyiwa Makinde and Pastor Omololu Makinde. The last child of the family, Iyabo Muyiwa (nee Makinde) was unable to make the trip from the United States.

Governor Makinde said: “I really want to appreciate you all for what you did at the funeral service of my late mother at Aremo Cathedral. I thank God for the kind of life my mother lived.

“I sat down after my mum passed away to do some calculations to know the number of days she spent on earth. And I discovered she spent exactly twenty-nine thousand, five hundred and nine days (29,509). We can think the days are long; but it will end one day. That’s just the truth.

“Even, if anyone will spend 100 years on Earth, such person will spend about thirty-six thousand (36,000) days. So, it will end one day. The word of the Lord would not go without being fulfilled on any of us.
“We really appreciate your support and thank you very much.”
He thanked the clergy and everyone who contributed to the successful burial of his mother, declaring that every support was well recognized.
The governor, who also led the congregation in singing two of his mother’s favourite songs, said that his late mother had a way of getting things from him, even if he was determined not to yield.
The service also saw the inauguration of the governor’s brother, Chief Muyiwa Makinde as a member of the Youth Wing of the Church, while his wife, Olabisi Muyiwa Makinde was inaugurated as a direct replacement of the late Madam Abigail Makinde in the Imole Ayo Society.
In his sermon, the Assistant Priest of St. Pauls Anglican Church, Yemetu, Rev. O.J. Alo, called on the congregation to always remember that death could come any time, adding that every living soul shall taste death one day.
He said that Mama was a devout Christian, whom he said the Church will greatly miss.
He added, however, that the late Madam Abigail Makinde lived a fulfilled life.
Those who graced the service include the Deputy Governor of Oyo State, Engineer Rauf Olaniyan and his wife, Prof. Bolanle; the SSG, Mrs. Olubamiwo Adeosun and her husband Akinjide; the Chief of Staff to Governor Makinde, Chief Oyebisi Ilaka; and other top government functionaries.

The service also had in attendance top clergies including the Prelate Emeritus, Methodist Church of Nigeria, Prelate Sunday Ola Makinde, and the Venerable Dr. Samuel Osungbeju, who oversees the Yemetu Church, among others.