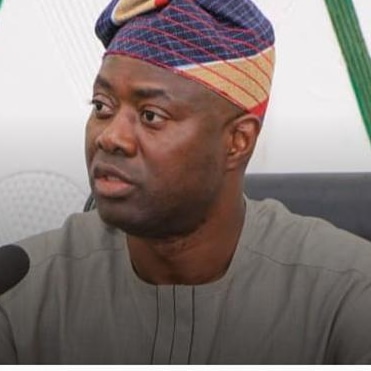 The State Commissioner For Education, Science And Technology, Barrister Olasunkanmi Olaleye, who made this known shortly after signing the agreement at the conference room of the Ministry on Wednesday, 13th January, 2021.

He noted that the Executive Governor, Engr Seyi Makinde, has backdated workers’ arrears in state tertiary institutions to January 2020 to enable them level up with their counterparts in the state civil service.

Speaking further, Barr. Olaleye, commended the Governor for his love and commitment towards Oyo state workers, adding that all members of each Tertiary institution have displayed a high level of team spirit towards achieving a peaceful pact by the end of the entire negotiating process.

“This is another landmark achievement for the administration of Governor Seyi Makinde and it is also a confirmation of his love for workers in the state”.

“Don’t forget that since last year, workers in the civil service have been enjoying the new minimum wage, now it is time for tertiary institutions in Oyo state. Actually, not even now, it will start from January 2020 because their arrears have been backdated by the Governor”.

The Chairman, Governing Council of The Polytechnic, Ibadan, Professor Adekunle Akinyemi, while speaking with journalists shortly after signing the new minimum wage agreement, maintained that the development means a lot to the school.

“The agreement we just signed means a lot, I have been worried since we took over as the governing council of the institution as to why the civil service will be entitled to the new minimum wage and not the tertiary institutions”, Prof Akinyemi said.

In his reaction, the Chairman, Joint Action Committee (JAC) of all Oyo state owned tertiary institutions, Comrade Segun Oyewumi, in his reaction, commended governor Seyi Makinde for acceding to their demand and showing the commitment towards workers welfare in the state stressing that the new minimum wage will benefit workers immensely.

Oyewumi said, “we want to appreciate His Excellency, the governor of the state, Engr Oluwaseyi Makinde for giving a nod for this negotiation knowing fully well, that those in the state civil service don’t have two heads and we also don’t have half heads, and by implication agreeing that this minimum wage will take proactive effect from 1st of January, 2020 irrespective of the time we are signing the agreement.

“Two, sir, we want to put on note, that based on the integrity of this Government, we believe in the integrity of His Excellency, he is a man of his words and has always kept to his words, by agreeing that in the next six months we are going to review this agreement.”

Oyewumi, however, appealed to the state government to look into the issue of taxation stressing that tertiary institution workers are already being overtaxed adding that other countries of the world are currently considering tax negotiations in the face of economic realities.