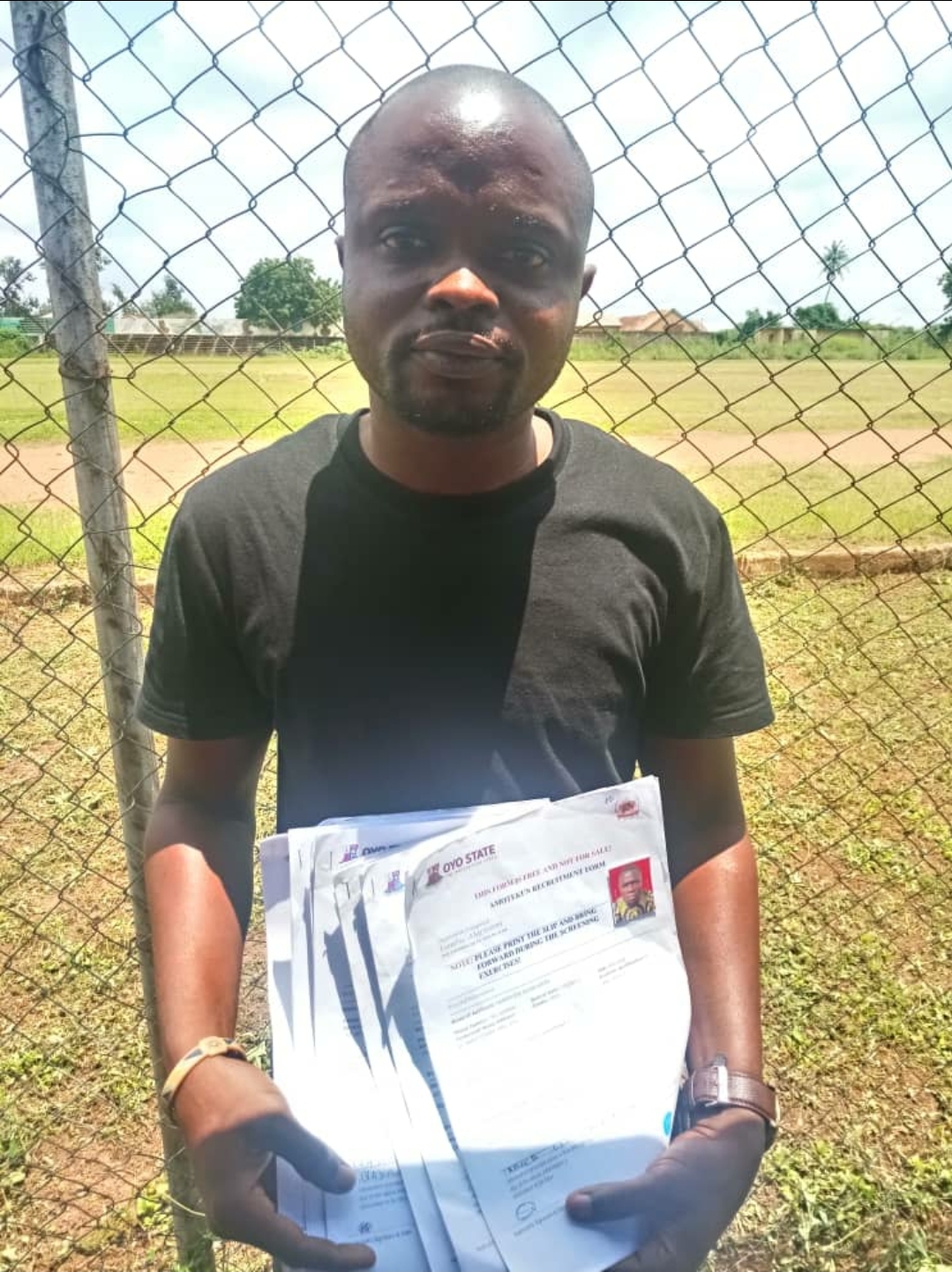 A middle-aged man, Adeyemi Agboola who owns a cyber café along Durbar Stadium road, in Oyo township has been arrested for defrauding unsuspecting applicants into the recruitment of Oyo State Security Network,  codenamed ‘Amotrkun’.

Agboola was caught on Wednesday with eleven fake recruitment forms which he was reportedly selling to applicants at #500 per copy, with the promise of assisting the victims to get the job.

The cyber cafe operator claimed that he utilized the opportunity to extort the victims, but one of his victims who was a semi literate said he was not aware of the difference in the two forms until he was caught with it at the screening venue.

The Commandant of the AMOTEKUN operations, Colonel Olayanju Olayinka Rtd. said the culprit would face the full wrath of the law for his action, as he has been handed over to the appropriate prosecuting agency.

He urged members of the public to be wary of individuals that would always want to take advantage of others in the society.

“It is very unfortunate that people can still take advantage of others on recruitment exercise just because the victims are unlettered, we shall dig more to know the number of victims that have fallen for the antics of this man.

“We have handed him over to the appropriate prosecuting security agency, he shall serve as a deterrence to others that might want to thread this bad way, the State government has been working non-stop to alleviate poverty and sundry social issues affecting our people, but we will not allow the common people be cheated by those who think they are cunning.”

Olayinka enjoined all participants from other zones to desist from cutting corners and that applicants should be very wary of the cyber operators they patronize for registration.

The screening exercise team has proceeded to Ogbomoso zone for the exercise that would hold on Thursday 24th of September 2020 at Ogbomoso Township stadium while Ogbomoso North and South participants would be screened on Friday 25th, September.

The screening of participants from Surulere local government was billed to hold on Saturday, 26th of September 2020 at the Ogbomoso Township stadium.