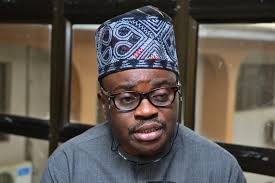 The Chief Press Secretary (CPS) to Oyo State Governor, Mr. Taiwo Adisa, on Saturday, gave reasons the state government decided not to declare a public holiday for Hijrah 1442 AH, which was observed in the state on Friday August 21.

The CPS, who spoke on an Impact Business Radio 92.5 FM’s programme, Bottomline, in Ibadan, said that the decision was taken by the government after a discussion on the matter.

He warned politicians with interests in 2023, whom he said are masquerading and using religious leaders to push sentiments that border on religion to desist from such a path, adding that the people of the state will always see through their shenanigans.

He added such people will not succeed in derailing the government of Engr. Makinde, which according to him, has so far shown that it means well for the people of the state through several policies and programmes.

Adisa, while appearing as a guest the programme anchored by Anu Omorinde, declared that apart from the Hijrah Day not being gazetted by the immediate past administration as a public holiday, there was nothing that stopped Islamic faithful from celebrating the Day even when the holiday was not declared.

Makinde’s spokesman also maintained that the state had issues with the particular date the Hijrah fell on as according to him, while some sources quoted Thursday August 20, the Sultan of Sokoto and President-General of the Nigerian Council of Islamic Affairs (NSCIA), Alhaji Muhammad Sa’ad Abubakar, approved Friday, 21 August, 2020.

The governor’s aide added that when the matter came up for discussion at the level of the state government, there was also the position that “Isese Day”(for traditionalists)  fell on the same Thursday and that the government, after careful deliberations agreed that declaring a public holiday would send the wrong signals to the public.

The Chief Press Secretary, who noted that the governor did not cancel any holiday properly gazetted, added that some interests were attempting to create bad blood between Makinde and the Muslim Ummah in the state.

He said that the governor has, however, continued to hold Islamic clerics and other leaders in the state in high regard.

He said: “The person that they quoted to have spoken on behalf of Engr. Seyi Makinde as candidate, was Prince Dotun Oyelade. His statement was a reference to another statement credited to the camp of the candidate of APC in the 2019, Bayo Adelabu, in the build-up to the gubernatorial election. They (Adelabu’s camp) issued a statement that Muslims should not vote for Seyi Makinde because, according to them, Makinde as governor would cancel public holiday for Hijrah. This prompted Prince Dotun Oyelade, who was Engr. Makinde’s spokesperson then, to refute that claim where he said if elected as governor, Engr. Makinde would not cancel any holiday that is properly gazetted.

“There are many issues surrounding the Hijrah holiday. First, the particular date the Hijrah falls on became a problem, because some people claimed it was 20th August, 2020, but the Nigerian Supreme Council for Islamic Affairs headed by the Sultan of Sokoto actually approved that 21st August, 2020 should be observed as Hijrah day. Even if any government in power wanted to go about to declare holiday, which one would be declared?

“Then, in the case of Oyo State, somebody raised the issue and informed the government that Hijrah day was on the 20th and Isese Day (Traditional Worshippers’ Day) was also on the 20th. The individual said Isese day and Hijrah day clashed on August 20th and asked which one will the government declare as holiday. He advised that the government should declare a work-free day. But the others, especially lawyers at the meeting, said there is nothing like a work-free day, a public holiday is a public holiday. But do you declare holiday at such a date and say half of today is for the traditionalists and the other half is for Hijrah or you will be totally silent on one event and there won’t be issues?

“Somebody said the previous government declared a holiday and they looked at the papers and said they didn’t see any Gazette to show that the government actually instituted that holiday. So, if you’re a lover of your religion, quote and unquote, and you want a particular holiday to be institutionalised, how do you do that? Do you just do that at the whims and caprices of your thinking? No, you do it according to law.”

The governor’s aide warned religious leaders in the state not to allow themselves to be used by politicians with eyes on 2023, stating that some individuals had vowed that they would derail the Makinde government using the weapon of religion and that they would use the same means to get power in 2023.

He added that the narrative that Governor Makinde is against Islam or that his administration has been marginalizing Muslims is pure lie from the camps of detractors and that the government will continue to be fair to all religions and to promote religious harmony.

“Someone said 2023 is coming, is that not politics? That is far away from the realm of religion. Religion belongs to God. Why will you not take any such statement seriously? Except you are not a serious person, why would someone make a statement above his capacity and you are not taking it seriously?

“Makinde is an epitome of religious tolerance and his personality encompasses that. He built mosques. He has been sending Muslim faithful on pilgrimage to Mecca and Medina. Our government is here to promote religious harmony. We will not tolerate anybody trying to distract us with religious dichotomy.

“Those stoking fires of religious intolerance should show us any proof of their contributions to promoting religious harmony. They should tell us how many people they have sent to Jerusalem or any other thing they have done to promote harmony except trying to incite Muslims against Governor Makinde through falsehood and baseless sentiments.

“Anyway, I don’t believe that the statements issued represent the views of the Muslim community, because we are all together in this state. This state is a state of religious harmony, whether you say it or not. This is a state where families are divided into the two big religions. We also have the traditionalists and they also have numbers in this state and across Yorubaland altogether. So, you cannot tell me that there is a family in Oyo State here that does not have Muslims and Christians, either as husbands and wives, brothers and sisters.”

He added: “The truth of the matter is that there was never a gazette which states that there must be holiday on Hijrah day. The Sultan of Sokoto never wrote that holiday must be declared. Even President Muhammadu Buhari didn’t declare a holiday for the whole country. Should we say Buhari has marginalised Muslims? What about the governors in the North where they are predominantly Muslims, did the fact that they did not declare a public holiday indicate that they have marginalized Muslims?

“We know where these things are coming from and we are just putting a warning to them. Those who want to derail this state with the issue of religion should forget it, because the people of Oyo State will rise against them. It is against the interest of Yoruba land for any human being here to say he wants to derail a Yoruba community with religion.

“We do not want religious dichotomy and religious intolerance in Oyo State.

Adisa advised that if those agitating in the name of Muslim community and other Muslim groups in Oyo State were, indeed, desirous of the government declaring the Hijrah Day as a public holiday, there are processes that can be followed.

“But if anybody brings himself out of the mosque or out of the church to jump into the political terrain/field, such a person should expect to see the fire of the pen of political writers. He would no longer be addressed as Your Honour or whatever. The political writers will X-ray him, because you are no longer talking about religion when you are talking 2023.

“But we will respect them as our elders. However, they should be circumspect in the legacy they are leaving behind for the next generation. We respect elders, but elders too should respect themselves.”