Makinde’s aides honoured with awards of excellence by Alma Mater 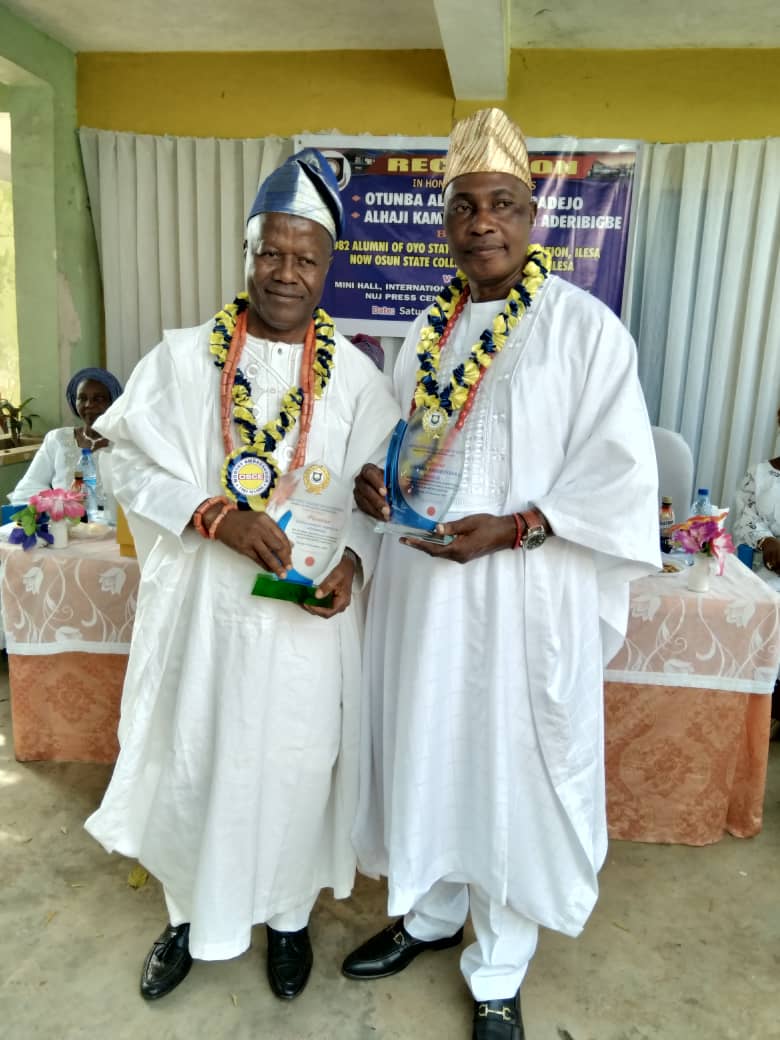 The duo, while speaking at the event, which took place at the Mini Hall, International Institute of Journalism Press Centre, Iyaganku, Ibadan, extolled the leadership qualities of Oyo State Governor, Engineer Seyi Makinde as he pilots the affairs of the State in the right direction.

The two political office holders expressed delight at working with Governor Makinde, who they described as a “dynamic leader who understands management and tactics of governance.”

While receiving the awards of honour, the two political appointees appreciated their colleagues for honouring them after 42 years of departure from their alma mater.

The duo dedicated the awards of honour to their principal, governor Seyi Makinde who counted them worthy to be part of his administration, noting that the governor has been working to take Oyo State from poverty to prosperity.

The recipients, however, pledged their readiness to contribute their quota to the development of the college and use their connections to make the dream of the management see light of the day.

Speaking earlier, the Provost Osun State College of Education, Ilesa, who doubled as Chairman of the event, Prof. Kolawole Kazeem, enjoined the alumni association to join hands with the managements of the College in its bid to take the School to desired position.

He called on the alumni association to partnering with the College in her efforts to upgrade college to the University, adding that the college has what it takes in terms of infrastructural facilities, personnel and equipment.