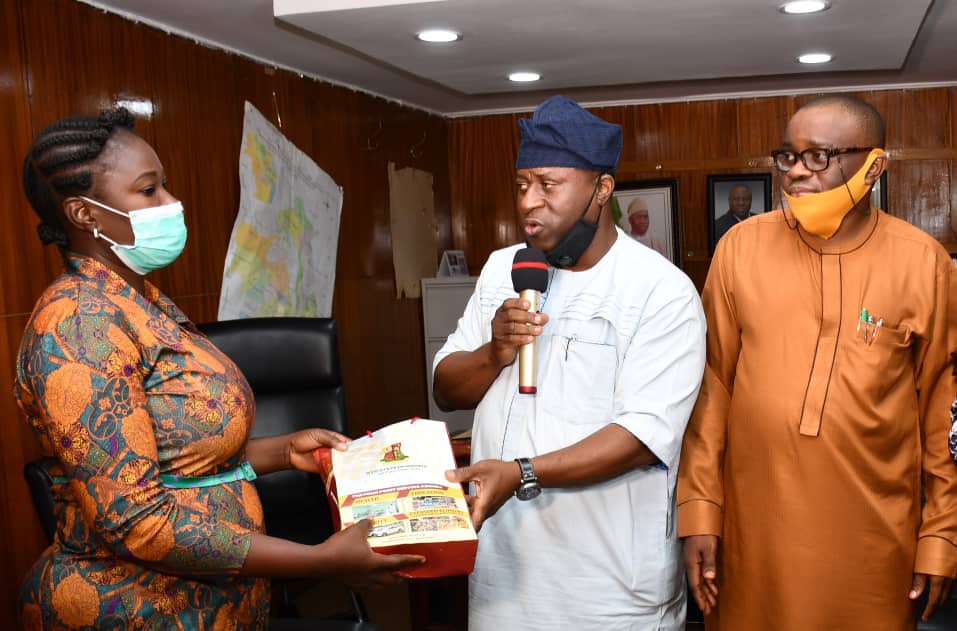 This came two months after the government gave an automatic employment to the wife of the deceased, Mrs. Yetunde Adeniran, at The Polytechnic Ibadan.

A statement by the Special Assistant (Print Media) to Governor Makinde, Moses Alao, indicated that the event took place at the Governor’s Office, Secretariat, Agodi, Ibadan.

The statement added that Governor Makinde, who was represented by his Special Adviser on Strategy and Political Matters, Honourable Babatunde Oduyoye, maintained that the administration will continue to identify with the family though nothing could replace the deceased party loyalist.

Yemi Likedat, as he was popularly known, died in a motor accident in December 2019 on his way from Abuja, shortly after witnessing the Supreme Court judgment on the 2019 governorship election in Oyo State won by Engineer Makinde.

The governor said: “On behalf of the Executive Governor of Oyo State, Engineer Seyi Makinde, I want to welcome you to the Secretariat. About eight months ago, we lost a friend, a comrade, someone who believed in the vision of this administration.

“We were there together for the service of songs and the burial and we promised to stay with the family. We identified about four steps. This is the second step.

“The governor intends to give succour to the family. There is nothing that the government can do to replace Yemi but, at least, we will continue to do what we should do to identify with the family and ensure that the children, most especially, get the best of education he would have loved to give them.

“We want to show how important he is to this administration and that is why we have few people around to welcome you here.

While speaking on behalf of the family, the wife of the deceased Mrs. Yetunde appreciated Governor Makinde for supporting and fulfilling promises he made to the family.

“We appreciate what the Governor did today in supporting and assisting the family; God will continue to provide for the family,” she said.

Government officials at the event include the Chief Press Secretary to the governor, Mr.Taiwo Adisa and the Special Assistant to the governor on Youths and Sports Development, Mr. Kazeem Bolarinwa among others.