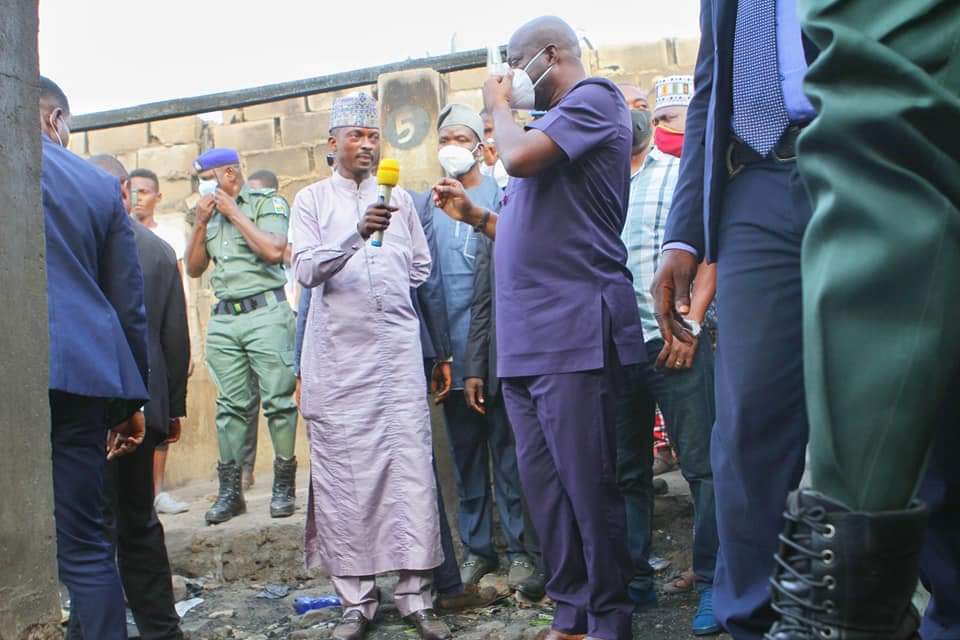 The Governor was at the scene of the fire incident that razed some shops at Sasa Market, Akinyele Local Government Area of the state to commiserate with the victims of the inferno.

The governor, who was accompanied by the Caretaker Chairman of Akinyele Local Government, Hon. Taoheed Adedigba, and the Caretaker Chairman of Akinyele South LCDA, Hon. Ahmed Kazeem Adekunle; the Honourable member representing, Akinyele State Consistuency, Hon. Kehinde Olatunde, among other top government functionaries, told the shop owners and the residents of the area that the state will rebuild the affected shops.
The governor, who described the inferno as an unfortunate and heart-breaking incident, also assured that the Oyo State Government would find ways to cushion the effects of the inferno on the victims.
He said: “We have been having fire incidents at our markets because we are entering into the dry season now.
“First, I came to let the traders here know that the government is with them. We will rebuild the shops that got burnt.

“I am also here to sensitise them that during this dry season, they should be careful and watch out for fire incidents.”
The governor later visited the Palace of Seriki Sasa, His Royal Majesty, Sarkin Saba, Sardaunan Yamma, where he commended the monarch for his support to the government.
According to him;
“Seriki is my father. I have been coming here before I was elected as the governor of this state. I got from Seriki everything that a father should do to assist his son.

“I am still coming back to visit Baba specially. But today, I purposely came because of the fire incident, which occurred at the market.
“I have seen the extent of things that were damaged and we have stated what we are going to do as a government. And I want to assure that from tomorrow, they will start working on the market.”

The governor maintained that he will find lasting ways of settling the rancour among the traders in the market.
He said: “Of course, I am aware of the crisis in the market and, by God’s grace, we will settle it. It is going to be a win-win situation. The divine wisdom God gave to us to achieve sole ownership of LAUTECH will as well be used to achieve our mission here.
“So, Baba, I am grateful to you.”
In his response, the Seriki Sasa appreciated the governor for the assistance to re-build the burnt market.
He also appealed to the governor to assist in maintaining peace among the traders in the market.