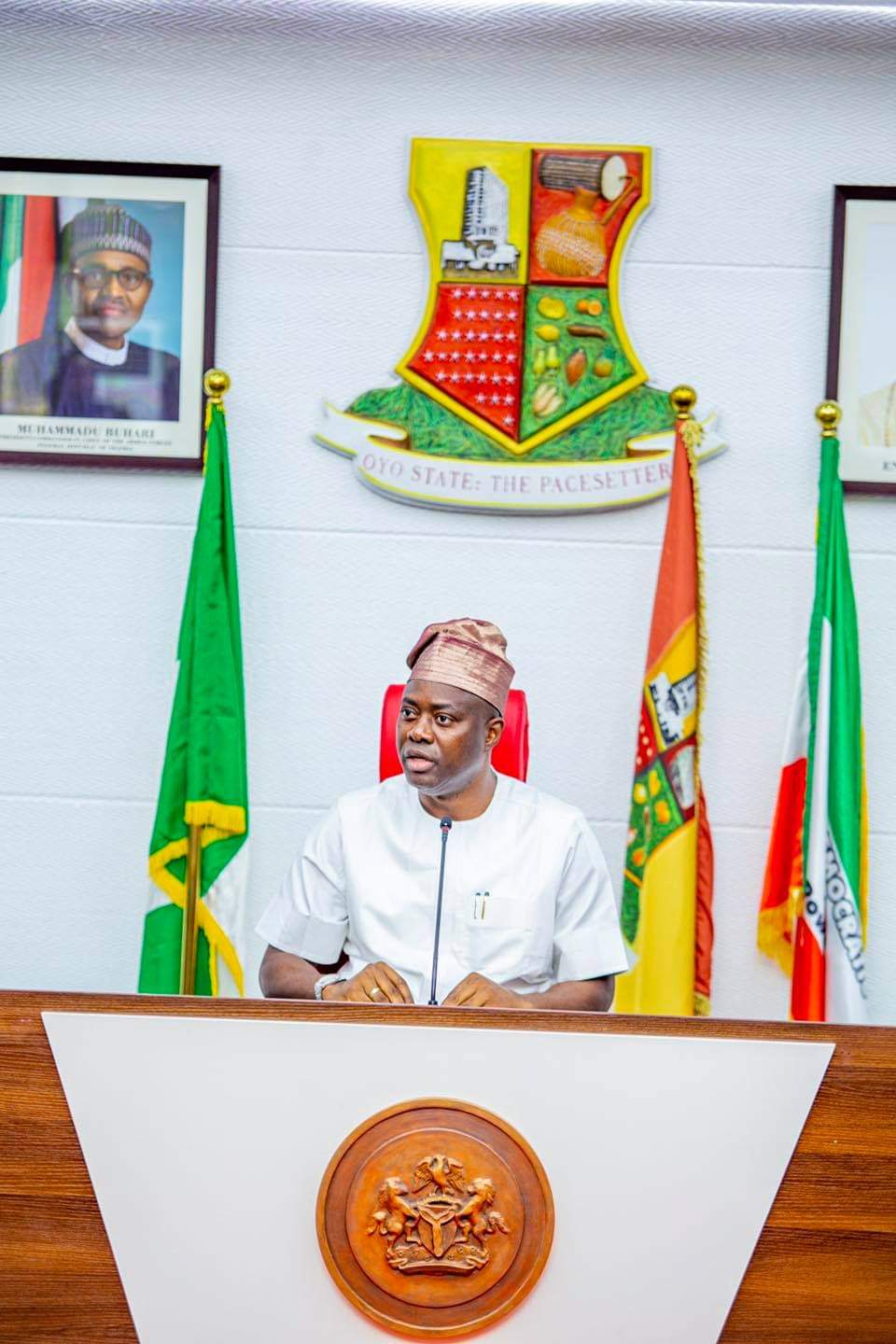 Oyo State Governor, Engineer Seyi Makinde, on Wednesday, laid the foundation stone of the N1.5 Billion Bodija Premium Estate, saying that the state is ready to partner genuine investors to reduce the housing deficit in the state.
The governor performed the foundation laying ceremony at Oba Akinyele Street, Bodija Estate, Ibadan, saying that one of the benefits of the project is that there will be an upsurge in the internally generated revenue of the state on land premium through statutory charges and improved taxes.
A statement by Mr. Taiwo Adisa, Chief Press Secretary to the governor, indicated that Governor Makinde, who was represented by the Secretary to the State Government, Mrs. Olubamiwo Adeosun, stated that the project is situated on premium land spanning 12,209.45 square metres.
According to him: “Bodija Premium Estate was birthed when Project Scope Limited bidded competitively for this State-owned moribund asset as advertised by the Oyo State Investment and Public Private Partnership Agency (OYSIPA).
“This is yet again, one of the clear evidences of a transparent political will backed by this administration to encourage and attract investments into Oyo State. This investment is valued at N1.5 Billion.”
He explained that the Bodija Premium Estate will comprise 45 housing units consisting of six (6) units of 2-bedroom flats in 4 blocks; twelve (12) units of 3-bedroom flats in 4 blocks; fifteen (15) units of 3-bedroom terraced houses; and twelve (12) units of 4-bedroom semi-detached duplexes.
Other features of the estate are to include Club House, Gym, Swimming Pool and Children’s play area, quality infrastructure drains, roads, security house/access control and alternative power supply, water, sanitation and waste disposal systems.
“We will continue to ensure that our processes are transparent and fast in a bid to make Oyo State the preferred investment destination in Nigeria,” the governor added.
He said the project will be completed within 18 to 24 months, noting that indigenous artisans and building materials suppliers within the state will be engaged by the company.
Earlier, the chairman, Housing Corporation of Oyo State, Barr. Bayo Lawal, hinted that when the project is fully developed in 18 months, it will be another day for the state to celebrate.
“This particular project is unique in all ramifications, as it is meant to provide for high-end users within Bodija Estate.
“It is not going to be a massive project, it is for high end users and that is why when we decided to go on partnership, we sourced for those people who have the capacity to bring about the kind of project that we envisioned within the Bodija Estate.
“We have 45 housing units to be developed by Project Scope and I understand that they will do this within the timeline specified, because the major constraint that developers of their kind often face is that of funding. But they have given us assurance that funding is not a problem. So, we can look up to the 18 months timeline for completion and delivery of the project.
“You will agree also that this is just high-end housing units, which is not for the masses because of the cost. This administration is taking care gradually to address mass production and delivery of housing units.
“Your Excellency Sir, we appreciate you indeed because you have given this kind of arrangement full support, the arrangement of PPP. There is no way by which we will begin to build one housing unit here and there and expect that we will bridge the gap of housing delivery in Oyo State; but this kind of arrangement has provided a big opportunity for people of Oyo State to access housing units in large numbers.”
In his response, the Managing Director, Project Scope Company, Alhaji Omodele Rufai, said that the company will build a high-quality project, premium luxury and the best of the best.
He said that the project is targeted at growing upwardly mobile demographic, which, according to him, will rejuvenate Bodija generally and add value to the Oyo State Government.
“I congratulate Oyo State and its people on the achievement of the laudable objectives of Governor Seyi Makinde.
“We are bringing in nothing less than a billion Naira investment into Oyo State with the added value of having direct cash in-flow into the economy. We are using local suppliers, local artisans. We are buying materials locally. We are paying taxes for the people working here. So, it is a double-value-sided arrangement.
“Having said this, we encourage everyone here to spread the work that we are doing here.”