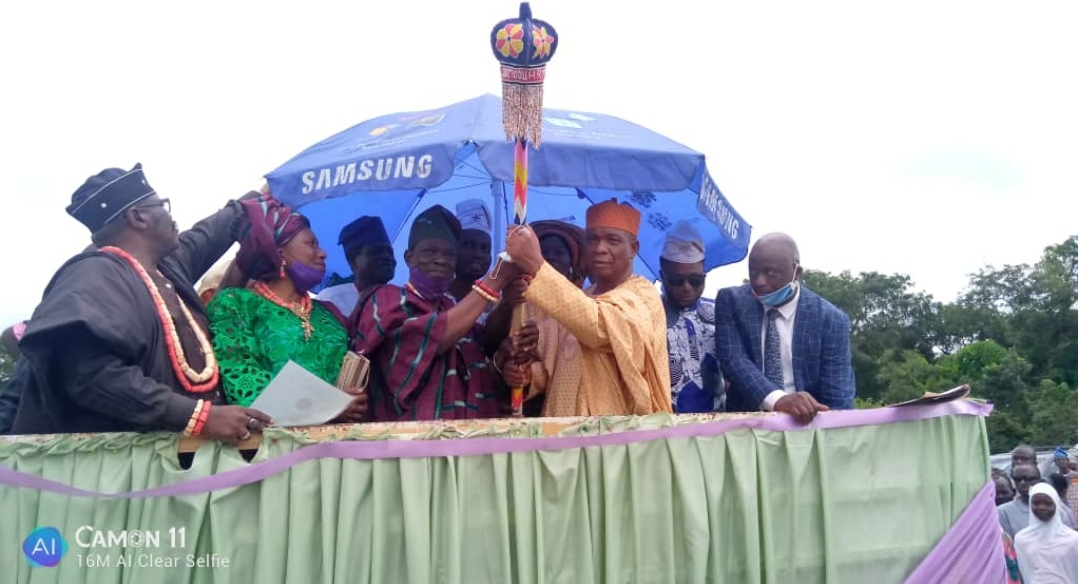 Speaking through the Commissioner for Local Government and Chieftaincy Matters, Chief Bayo Lawal at the occasion of coronation and presentation of Instruments of office which held on Saturday at Baptist Day School Ago-Amodu, Governor Makinde noted that his administration would not leave any stone unturned in ensuring that dividends of democracy get to all and sundry, adding that all mechanisms would be put in place for the desired change to be achieved.

He pointed out that efforts of traditional leaders in socioeconomic development could not be underestimated and that the present administration would work with both Local Councils and the traditional leaders to ensure campaign promises were fulfilled.

“We commend the people of Ago-Amodu and Saki East for their support during the 2019 gubernatorial election, we are pledging not to let the people down, we promise the people of Oyo State that they will all enjoy the benefits of democracy as we shall not relent in our efforts to ensure the desired positive changes are fulfilled.

“We enjoin the new Alamodu of Ago-Amodu to always be alive to his traditional responsibilities by serving and protecting the interest of the people as well as to support the present administration in moving the State to an enviable height.”

Earlier in her welcome address, the Caretaker Chairman, Saki East Local Government, Alhaja Rahmat Adeniran commended Governor Makinde for his kind gesture and prompt approval of Alamodu of Ago-Amodu’s installment, addint that the entire people of Ago-Amodu and Saki East at large were grateful.

She however assured the people of Ago-Amodu and Saki East that Governor Seyi Mankind-led administration would bring meaningful development to the area and Oke-Ogun at large.

In his acceptance speech, the Alamodu of Ago-Amodu, Oba Johnson Akinloye Olaoye Olaewe III, also commended the for being a lover of Oke-Ogun in general as shown in the provision of several social amenities, citing the ongoing the ongoing construction of Moniya-Iseyin road which he said has given succor to the movement of people and goods as well as the new Specialist Hospital in Saki, for which he said his people would be forever grateful.