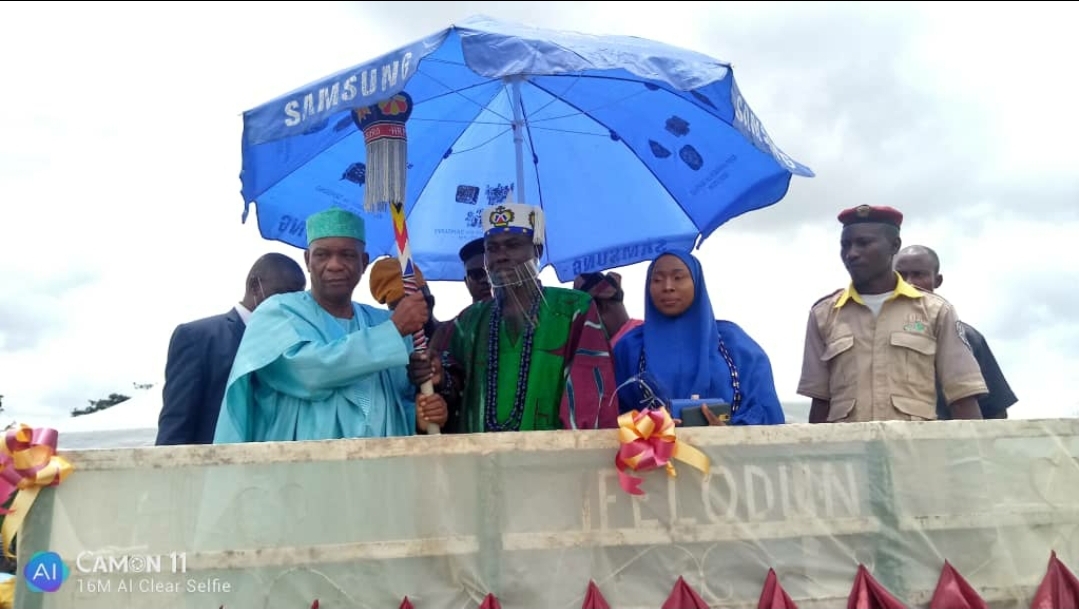 While presenting the instruments of Office to the new traditional leader, at Community Grammar School, Ekun Heights, Ogbooro over the weekend, Governor Makinde who was represented by the Commissioner for Local Government and Chieftaincy Matters, Barr. Bayo Lawal appreciated the people of Ogbooro for casting their votes for him during the last gubernatorial election and assured them of fulfilment of his electoral promises.

“I am grateful for your support during the last gubernatorial election, your massive votes in Ogbooro and Saki-East Local Government is highly appreciated and I promise that I will not relent in my effort to effectively bring the desired changes to the people of Oyo State.

“Our new Oba is a person that is worthy to lead his community and we are happy that you, his subjects like him and you are ready to support him to bring prosperity to your community.

“When your community is developed, the State is also developed and then we can talk of individual development, you know for sure that the place of a royal father in driving development is crucial, congratulations to the new king and the people of Ogbooro.”

Speaking on the forthcoming Local Governments election, Bayo Lawal, on behalf of the governor, pledged a transparent, free, fair and credible election.

He however urged residents of Ogbooro and the entire state to cast their votes immensely for PDP candidates at their various Local Governments and Local Council Development Areas.

“Like Oliver twist, I enjoin you to continue to sustain your trust in the present administration, most especially as we are getting set for the next Local Government election in the State, you will not regret voting for our candidates in your Local Government and LCDA.”

While wishing the new Onisanbo of Ogbooro land a peaceful reign, Engr. Makinde, urged all and sundry in Ogbooro to continue cooperate with the new king to move the city of Ogbooro forward.

In his acceptance speech, the Onisanbo of Ogbooro, Royal Majesty, Oba Kazeem Adio Adegboye, thanked Governor Makinde for his concerns for Ogbooro land and its environ, promised to do everything possible in ensuring a landmark development of Ogbooro is achieved with the support of the Chief-In-Council.