Makinde Insists on Fairness, Equity for All Religions 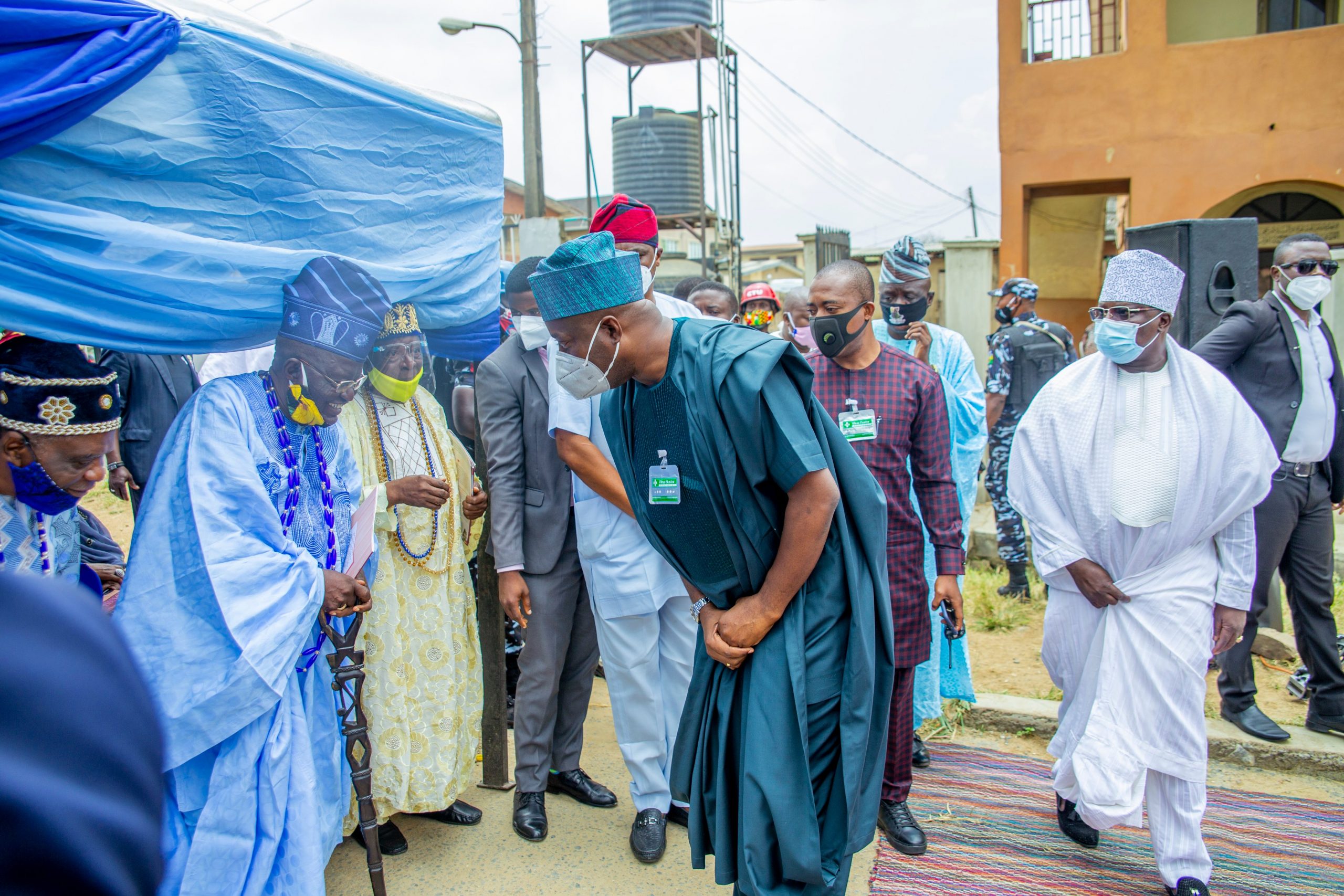 …urges all residents to contribute to devt of state

Oyo State governor, Engineer Seyi Makinde, on Saturday, insisted that he would always ensure fairness and equity among all religions and the people of the state.

Governor Makinde, who was speaking at the 8th Day Fidau of the late Engineer Lere Adigun, an accomplished leader in the state, said that he will always be fair, without denying anyone his due.

According to him, there will be no space for religious bias or sentiments in his administration.

A statement by the Chief Press Secretary to Governor Makinde, Mr. Taiwo Adisa, quoted the governor as saying that the late Engineer Lere Adigun, who became his father and confidant in the course of their relationship, left a huge gap in his life, which he said will be difficult to fill.

The event, held within the premises of the deceased’s Oluyole Estate, Ibadan residence, had dignitaries from the state and government functionaries in attendance.

Governor Makinde also stated that the late CEO of Sahara Engineers taught him to be fair and not to be sentimental to any religion faithful in the state.

The governor, therefore, invited all residents and indigenes of Oyo State to contribute their quota to developing the state without bias and favour.

He also declared that the current administration in the state is open to ideas and constructive criticisms, adding that it was wrong for anyone to insinuate that he would be biased against any religion.

He said : “I am already seeing one of the lessons I Iearnt from Baba. For instance, MURIC is alleging that this government does not want Muslims to benefit from the dividends of democracy. Baba would have responded to the allegation if he were alive.

“But I am going to answer them now. One thing Baba taught me is not to be sentimental about religion and that people should be considered based on merit. And that is how this administration is being run. It will be like this until the tenure is over.”

He added that any position or benefit that each religious organization deserves will be given to them at the right time, saying: “This administration started one day, it will also end one day. Whether one is a Muslim or a Christian, it is whatever one deserves that one would get. That was what I learnt from Baba.”

While speaking on the  late business mogul, Engineer Adigun, the governor extolled the virtue of the pioneer president of Ibadan Solidarity Group, stating that his memories will continue to live in his heart and those of others forever.

“This is the second time I have been asked to speak about our father, the late Chief Lere Adigun. But I believe we have all got over the shock that Baba is no longer with us. I have accepted that fate.

“In actual fact, whosoever we love does not die, he is always in our heart. And, in as much as we are still alive, we have our loved ones at heart. So, I have the belief that with the good works Pa Adigun did while alive, he will continue to live in our hearts.”

The governor also used the occasion to plead with all indigenes and residents of Oyo State to put the interest of the state above partisan or primordial tendencies by joining hands with his government to develop the state.

He stressed the need for everyone to contribute his or her quota to the social and economic development of the state, saying: “Finally, I want to plead with everyone, and I will continue to say that the government will come and go, but our state will remain. The way we lay our bed is the way we will lie on it.

“So, I am using this opportunity to plead with each of us to contribute our quota to the development of the state.

“I am not a saint and I cannot do everything alone. That is why I am pleading with you all to contribute your quota, because it is whatever we sow that we will reap.”

Earlier in his sermon, the Chief Imam of the Institute of Agricultural Research and Training (IAR&T), Sheik Mamoon Elesinmeta, charged everyone to remember that whatever they do today, they will account for it hereafter.

He added that the late Chief Adigun used his life to serve humanity and, therefore, urged his children to emulate the good virtues of their late father.

Some of the dignitaries, who attended the prayers include the Deputy Governor, Engr. Rauf Olaniyan; Chief of Staff, Chief Bisi Ilaka, representatives of the Olubadan of Ibadanland, Oba Saliu Adetunji, Chief Imam of Ibadanland, Sheik Abubakar Agbotomokekere and his  council and the Aare Muslumi of Yorubaland, Edo and Delta states, Alhaji Dawud Akinola.