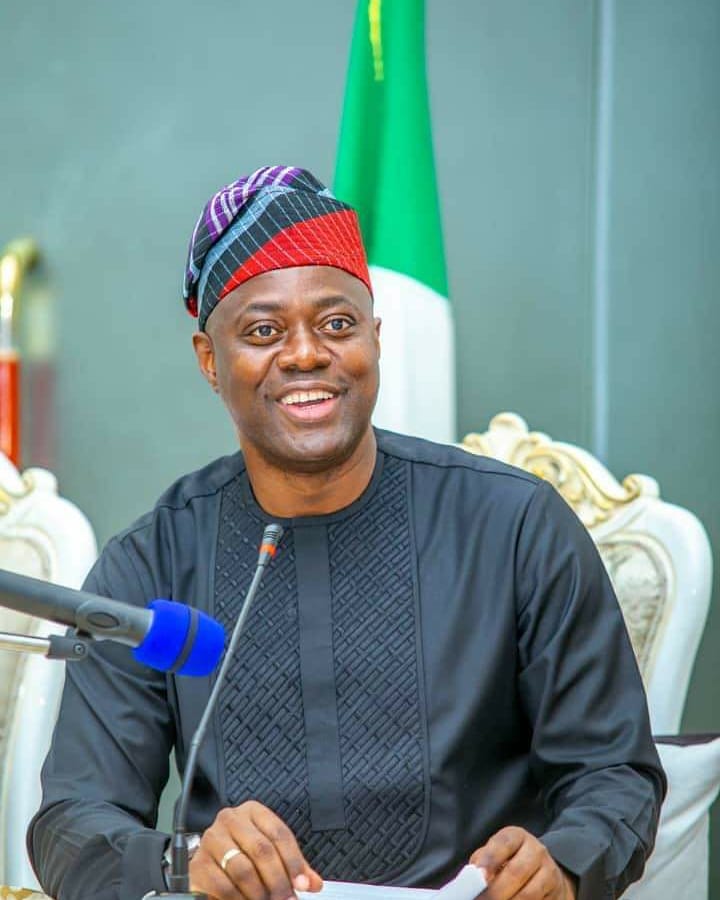 …says govt will continually engage people at the grassroots

In his bid to take the dividends of democracy to the door steps of the people at the grassroots, the Governor of Oyo State, Engineer Seyi Makinde, has given account of his administration’s developmental projects in Oyo zone in the last one year.
The governor, who spoke through his Special Assistant (Community Relations), Hon. Olufemi Josiah, at a Town Hall meeting held in Atiba Local Government, Oyo, said the present administration in the state will continue to give account of its stewardship to the people at the grassroots.
He said: “Government, to us, is about efficient allocation of scarce resources. The resources we are talking about belong to the people. So. we must always engage them in whatever the present administration intends to do for the grassroots.”
While speaking on the purpose of the Town Hall meeting, the governor’s aide stressed that the meeting was meant to engage with the people and x-ray the community development projects of the present administration in Oyo Federal Constituency of the state.
He added that the benefits the projects have brought to the city cannot be overemphasized.
Similarly, he admonished the people in the zone to always keep the government abreast of their needs so as to prioritize them in the next community project at the location.
He further explained that over 30 public schools and some Primary Health Centres have been renovated and that ongoing re-construction of Akesan Market, among other projects, are being carried out at the Oyo Federal Constituency.
“I believe that as long as we continue this interaction, the government will remain on the right track of being able to provide the dividends of democracy which we promised the people of state.
“We are in Oyo zone today to do the needful. We will come back here to review our relationship with the people. We will keep reviewing our performance in line with the expectation of the people. By the time we do that consistently with the people, we will achieve what exactly government is meant for.
“I can assure them that all the requests made at this gathering will be presented to His Excellency, all the issues will be addressed.
“You should expect a report from us from time to time so as to keep your hope alive about this government,” Olufemi added.
In his remark, the chairman of the Community Development Council in Oyo State, Alhaji Hammed Shittu Adebayo, commended Governor Makinde on his developmental strides at the grassroots, which he said cut across all the zones in the state.
He highlighted the areas the CDC want the governor to concentrate more efforts on, including provision of potable water, rural electrification, extension of the newly-approved Independent Power Plant to other zones, good road network and security.
The community Town Hall meeting was attended by the Special Assistant to the Governor on Hausa Community; caretaker chairmen in Oyo zone, leaders of Community Development Councils, Park Managers, farmers’ associations and representatives of other tribes in the zone.