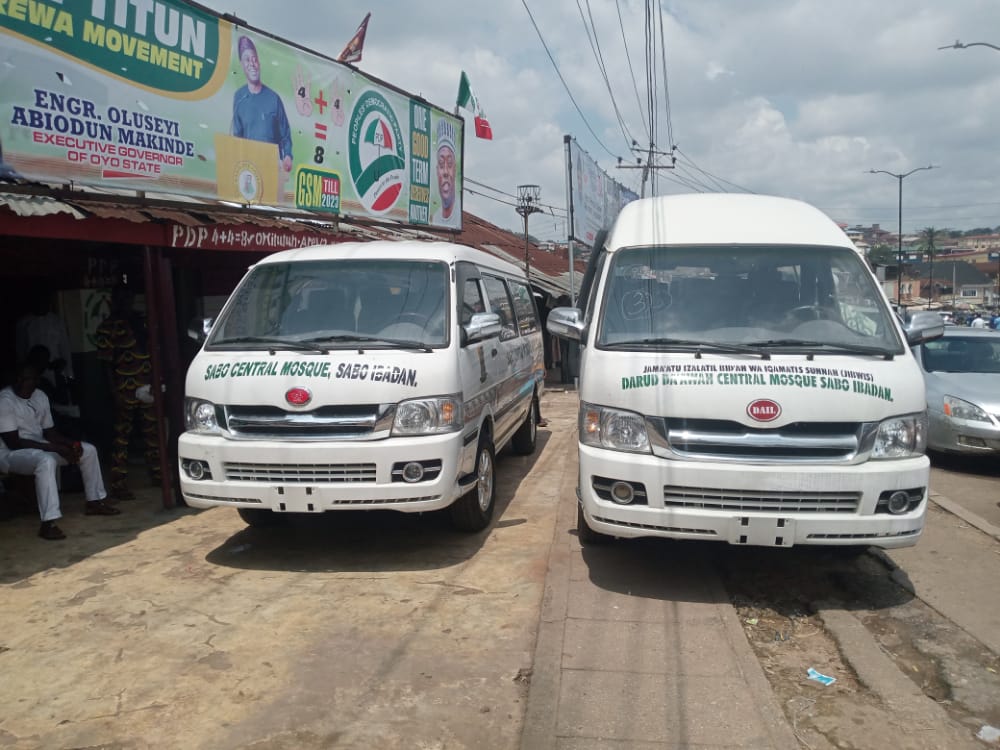 Makinde, who was represented by Aare Musulumi of Yorubaland, Edo and Delta, Alhaji Daud Akinola, noted that the donation was a fulfilment of promise made by the governor, and would, in no small measure, enhance religious activities of the mosque in the aspect of propagating Islam from one place to another within the state.

Presenting the buses to the Chief Imam Sabo Central Mosque, Imam Seheedu Abubakar, the Aare Musulumi commended the effort of the governor and thanked him for keeping to the promise he made few months ago.

He said: “As you can see, this is marvellous and this is an appreciation to humanity, to religious leaders. Sabo has two central mosques and governor remembered both of them by rewarding them with these two buses. Before now, the governor gave our father, Chief Imam of Ibadanland. He gave to two buses to Ansarudeen Society of Nigeria, that of Oyo State and National.”

“My people in the muslim community has been expecting this for long, and I am happy that it is happening today and everyone is happy with it. The fact that the governor remembered us calls for more celebration and we really thank God for that.”

The Chief Imam, Sabo Central Mosque, Imam Seheedu Abubakar, while receiving the vehicles on behalf of the congregation, appreciated the governor for commitment to religious harmony and for always having the interest of the people at heart.