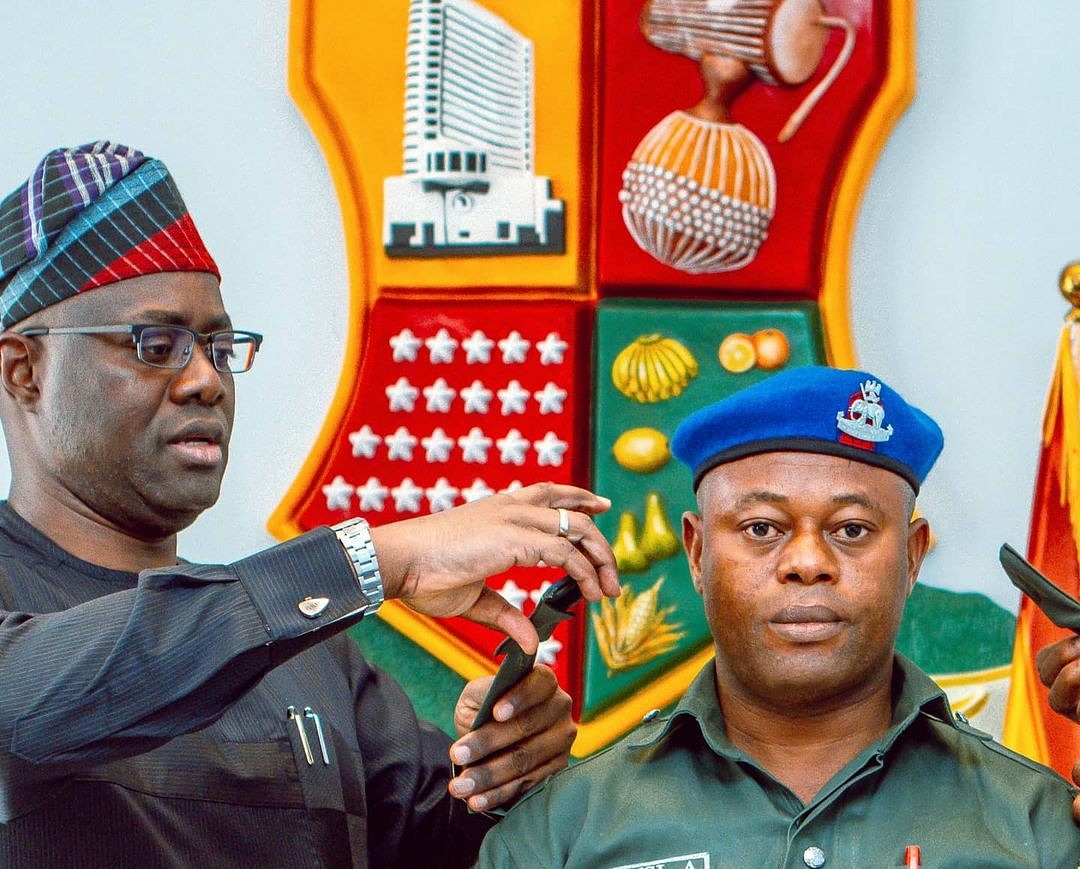 Oyo State Governor, Engr. Seyi Makinde and his Deputy, Engr. Remi Olaniyan this week decorated some officers in their convoy with new ranks of Inspector of Police and Sergeants.

The brief ceremony took place at their offices in Secretariat,  Ibadan.

Governor Seyi Makinde celebrated his Orderly – Sgt. Sanusi Adeyemi on his new rank as an Inspector in the Nigeria Police Force.

The governor in his remarks congratulated him and other newly promoted officers. He also charged them to be more dedicated in the discharge of their duties.

Also the Deputy Governor, Engr. Rauf Olaniyan said “It was a pleasure to decorate newly promoted police officers attached to my office”. He rejoiced with them and urged them to continue to exhibit the high professional standards that earned them the well deserved promotions.

He said, the new promotions should spur them to greater heights.

Governor Makinde said every promotion comes with more responsibilities. Therefore he called on his orderly and others to be prepared for greater task ahead.

According to him, “this further calls for greater commitment, dedication and patriotism to the nation”.

He thus, enjoined them to continue to put in their best to justify the promotion.

The Orderly was a Sergeant before his new promotion to the rank of an Inspector.

The ceremonial decoration was witnessed by Compol Fatai Owoseni and some other top government functionaries.