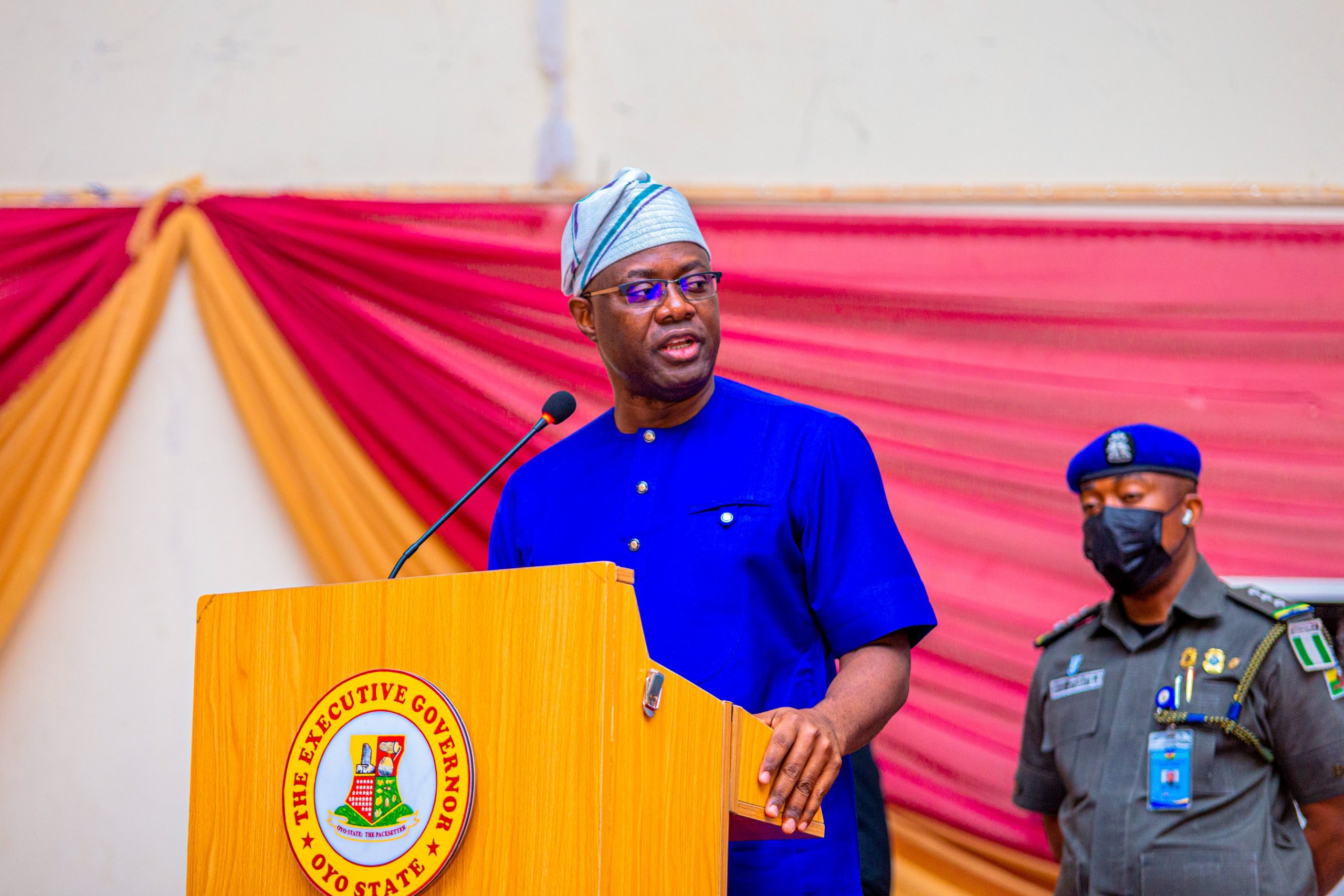 …says recruitment based on merit

Oyo State Governor, ‘Seyi Makinde, on Monday, charged the 5,000 newly-recruited teachers and 700 non-teaching staff converted to teaching cadre to embrace professionalism in the discharge of their duties.

The governor, while speaking at the Induction and Training Programme for the new teachers employed by the post-Primary School Teaching Service Commission (TESCOM), held at the International Conference Centre, University of Ibadan, said that the teachers’ appointments were based on merit.

A statement by the Chief Press Secretary to the governor, Mr. Taiwo Adisa, quoted the governor as equally saying that his administration will continue to train and retrain the new teachers and give them all the necessary support needed for the success of their works. 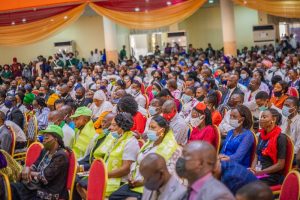 He said: “I want to use this opportunity to congratulate the inductees. I am sure that the majority of you got this appointment by merit.

It is not because you know a Permanent Secretary or the governor or anybody. You applied, they called you for the test, you did the interview and you were successful.

“Well, you may or may not know. I was going to cancel my engagement here but I am glad that I came. You are being inducted into a noble profession and some of you will go on to do some other things. This is just the beginning but not the end for all of you.

“Some of you will leave the teaching line and become politicians. We may have the future governor here; it has happened before. Alhaji Lam Adesina was a teacher before he became governor. So, don’t rule anything out. Even if you don’t become governor, two of my teachers are here, some of the students you will teach may become governor.”

He charged the teachers to always put the interest of the state first in the discharge of their duties and to see themselves as indispensable partners in the task of repositioning Oyo State and taking its people from poverty to prosperity.

“People have been asking how we have been doing it in Oyo State. Others are paying half salaries and struggling. They are rescinding their decisions to pay the national minimum wage, but we are paying the minimum wage, the consequential adjustment and we are also recruiting. Not just teachers, even health care professionals. We are also recruiting environmental officers.

“Also, the first batch of our agri-business trainees on the YEAP programme have been trained. Those in the second batch have started their training yesterday and we have decided that we will train up to 10,000 of them.

“So, we are creating opportunities in Oyo State. We are expanding our economy, and education is one of the pillars of this administration. The burden that we have to carry is such that everything that you do in your various schools will definitely reflect on the overall performance of this administration,” the governor added.

He also called on the new teachers to partner with the state government in its bid to improve the education system, saying that the state has moved from number 26th to 11th position in the comity of states.

He said: “So, I ask you to partner with us, to continue to make the kind of progress we have continued to see so far. When we came in, Oyo State was at number 26 out of 36 states. We were behind all the states in the Southern part of the country but, today, we have moved to number 11. So, you have to continue on that path, and one thing that I promise you is, this administration will not abandon you.

“We will continue to train and retrain you. And we will continue to provide opportunities for you. But I beg of you, our future generations are the ones that you are going to mold. So, every time you wake in the morning to go to your various schools for your assignments, have it at the back of your minds that the little contribution you are making has ramifications for our future as a state and as a country.”

Earlier, the Chairman, Oyo State post-Primary Schools Teaching Service Commission, Pastor Akinade Alamu, said the support given to TESCOM by Governor Makinde helped the commission to achieve success in many areas, including the welfare of the staffers and the approval of 1,500 principals of secondary schools who were on Grade Level 15 because there were no vacancies for them to become principals of secondary schools.

Alamu said: “Your Excellency approved that they all be promoted to Grade Level 16. You maintained that their promotion should not be tied to vacancies in secondary schools as vice principals.

“Your Excellency, at the inauguration of this TESCOM board in October 2020, you gave us a mandate to make positive impact to improve the image of TESCOM, which was riddled with corruption and other vices.

“You made a promise to us that you would support us with all that we might need to achieve success in this assignment, and Your Excellency has not failed at any time to give us the greatest support.

“Also, Your Excellency approved that training be conducted for the principals and vice principals of secondary schools in Oyo State.

“They have been posted to all schools in Oyo State, all local governments, and we have been monitoring them; most of them are youths and still fresh from higher institutions and they are performing wonderfully well. So, we believe that they will not disappoint us.

“The governor also approved funds for the training and induction of these new teachers, that is why we are here. And today being the final day, having gone to all the 10 zones to train and induct the teachers in various zones, we are here now at this closing programme, where these ones will be inducted.”

The governor performed the symbolic presentation of certificates of attendance to some of the inductees after the Permanent Secretary of TESCOM, Mrs. Grace Oderinde, administered the oath on the inductees.