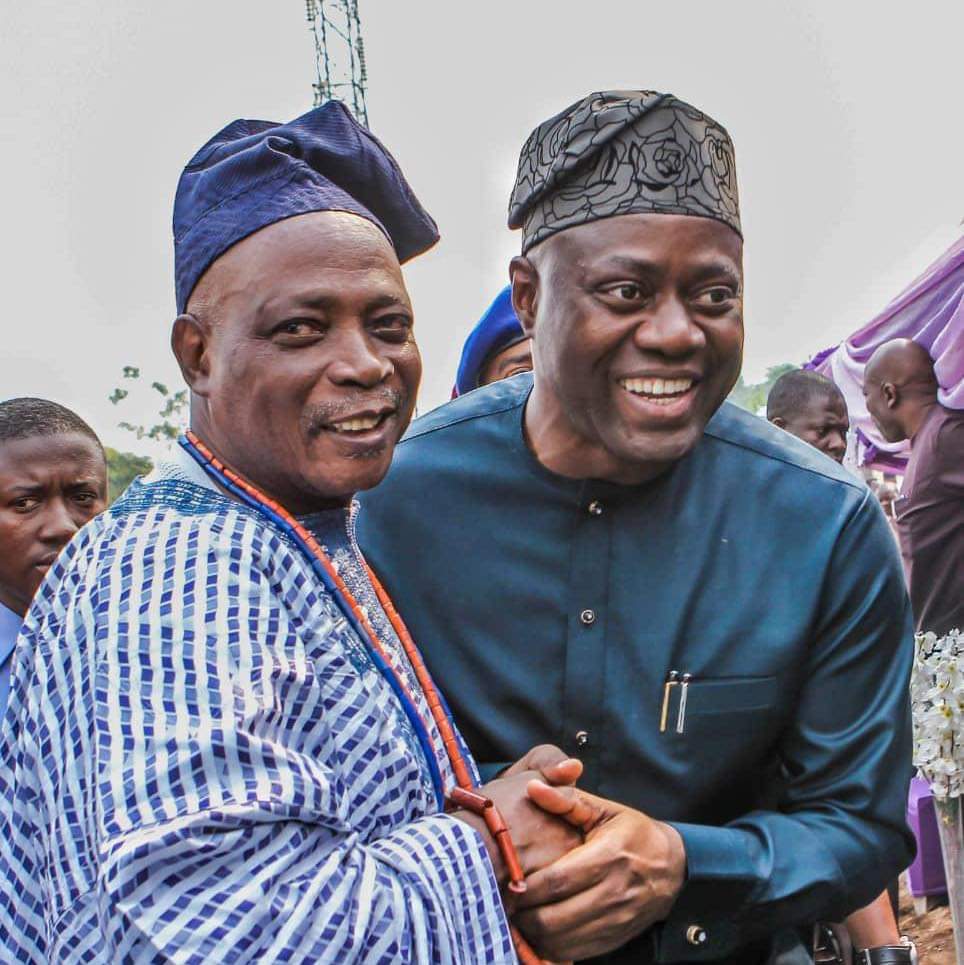 …Extols his exemplary virtues as a businessman, Gov and community leader

Makinde, in a congratulatory message  made available to newsmen through his Chief Press Secretary, Mr. Taiwo Adisa, described Ladoja as an exemplar and a worthy model for younger generations.

The statement lauded the Osi Olubadan for his life of service to the state and humanity.

He stated that Senator Ladoja has shone brightly as businessmen, governor and community leader, praying to God to give the former Governor sound health and continuous grace.

He said: “We rejoice with His Excellency, Senator Rashidi Adewolu Ladoja, the Osi Olubadan of Ibadanland and former Governor of Oyo State on the occasion of his birthday.

“We celebrate a man who has distinguished himself as a leader in all ramifications, having shone brightly as a businessman, a Distinguished Senator of the Federal Republic, the Governor of Oyo State and as a High Chief of Ibadanland and respectable community leader.

“Baba Ladoja has lived a life of service to humanity and touched countless lives positively. He remains an exemplar and a worthy model for the younger generations.

“On behalf of the Government and good People of Oyo State, I rejoice with him and join the rest of Baba’s biological and political families, admirers and associates to wish him sound health and continuous grace.

“Happy birthday and many happy returns, Baba”, he ended.