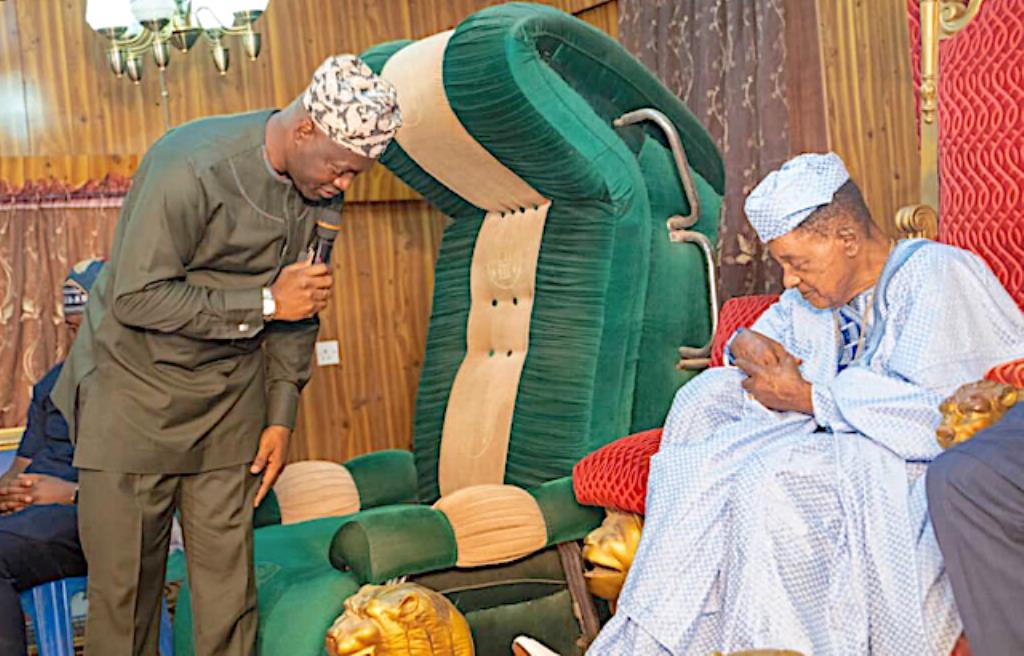 …’you’ve been a royal icon with exemplary leadership qualities’

Oyo State Governor, Engineer Seyi Makinde, has congratulated the Alaafin of Oyo, His Imperial Majesty, Oba Lamidi Olayiwola Adeyemi III, on his 82nd birthday.
He described the monarch as a father and royal icon with exemplary conduct and leadership.
A statement by the Chief Press Secretary to Governor Makinde, Mr. Taiwo Adisa, quoted the governor as adding that the Alaafin’s impact on the society has been immense.
He prayed to God to continue to grant Kabiyesi good health to lead the people and to make more impact on Oyo Kingdom, Oyo State, Nigeria and humanity at large.
He said: “On behalf of the Government and good People of Oyo State, I congratulate our father, His Imperial Majesty, Oba Lamidi Olayiwola Adeyemi III, on his 82nd birthday.
“Kabiyesi, we celebrate you as you mark another year of your eventful and impactful life.
“You are a father and royal icon of exemplary conduct in our society.
“I join your family, well wishers and numerous subjects to pray that God continues to enable you with wisdom and sound health and assure you more positive impacts on humanity, your domain, Oyo State and Nigeria as a whole.
“Happy Birthday, Kabiyesi Iku Baba Yeye.”