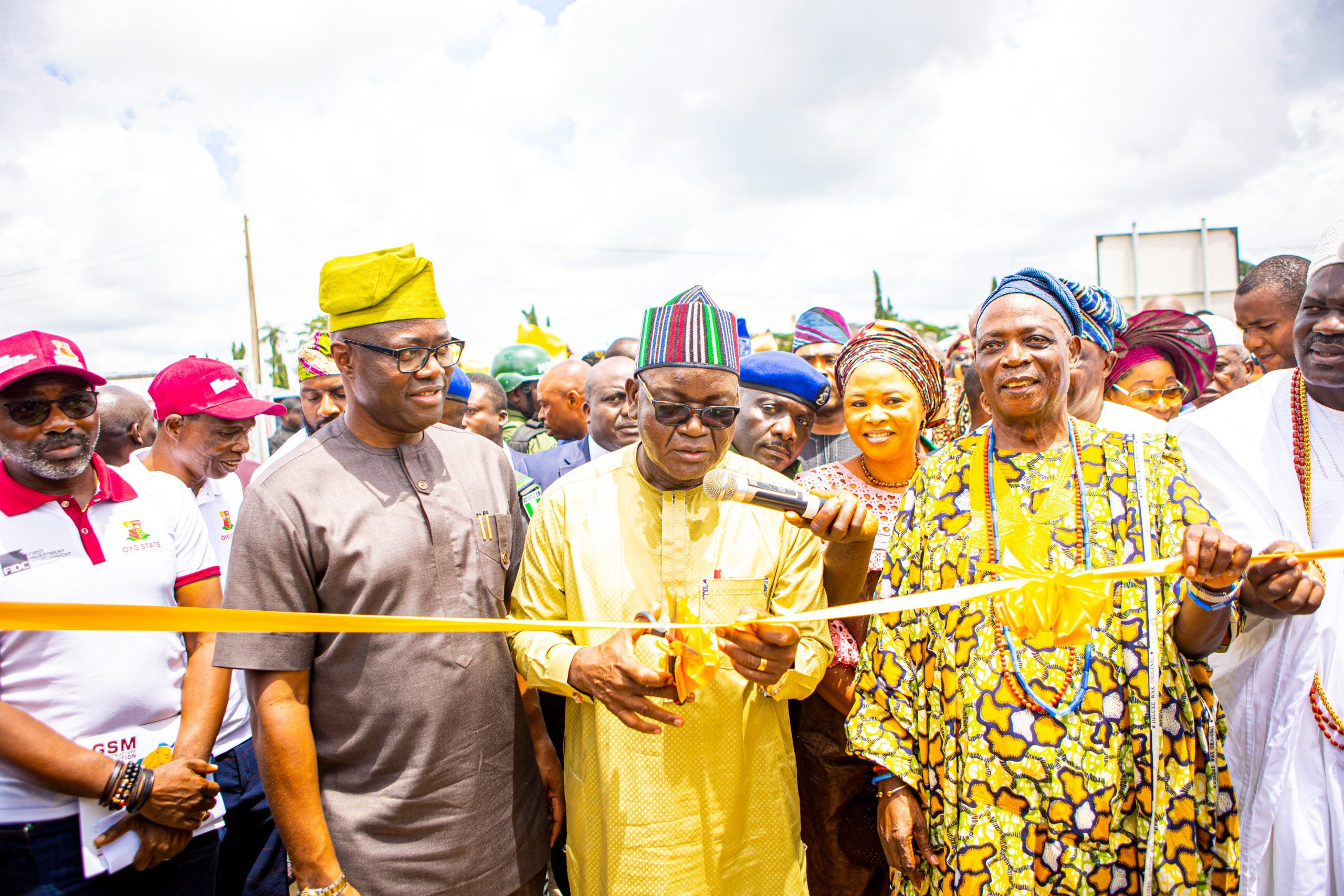 Oyo State Governor, ‘Seyi Makinde, was on Thursday, joined by his Benue State counterpart, Dr. Samuel Ortom, to flag off the construction of the Senator Rashidi Adewolu Ladoja Government Reserved Area (GRA) and the 32 kilometres Phase I of the Ibadan Circular Road. 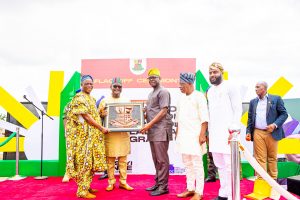 While speaking at the event held at Kilometre 8/10 Lagos/Ibadan Expressway, Ibadan, Governor Makinde said that building of GRAs in the state will provide more houses for the growing population, while also raising revenue for the government.

He declared that the GRA is being named after Senator Rashidi Ladoja, because of his great contributions to the growth of Oyo State, adding that the former governor also conceived the idea of Ibadan Circular Road.

Governor Makinde equally explained that the construction of the Circular Road has already started and that it has progressed up to 7.6 per cent.

According to him, the first phase of the project will be completed in the next 12 months.

He added that when the Circular Road project is completed, it will help to eliminate congestion along the busy Lagos/Ibadan Expressway.

He said: “Today is the day we celebrate one of our elder statesmen here in Oyo State. He has been like a father to me, and even when we sometimes disagree as most fathers and sons would, when it comes to governance, we both want the best for the good people of Oyo State.

“The twin events we are hosting today – the sod-turning ceremony for the Senator Rashidi Ladoja GRA and the official flag off of the construction of the 32km phase one of the Ibadan Circular Road – are a tribute to Baba – His Excellency, Senator Rashidi Adewolu Ladoja.

“As our city continues to grow and our economy expands, there is a constant need for housing needs to be met across income groups. And we are using various means to achieve this. We have Public Private Partnerships whereby the government provides the land, and the private developers come in and develop it.

“We have also created new GRAs where the government partners with private firms on a site and infrastructure deal to ensure that amenities such as electricity supply from the grid, roads, water and so on are available in the GRAs and the land is sold to members of the public to develop.

“These arrangements are contributing to the development of our cities while also providing more houses for the growing population and raising revenue for the government.”

The governor stated that the idea behind the Ibadan Circular Road was based on proven economic realities, adding that like every great idea, even if they tarry, they refuse to die.

He added: “When we came in, we met an attempt at bringing the Ibadan Circular Road to life and we commend the last administration for at least seeing the benefit of building this road. Well, that plan failed. But here we are today, giving a new life to this project.

“As you will see when we get to that site, the road construction has already started and is about 7.6 per cent progress. We are confident that in the next 12 months, Messrs. Craneburg Construction Company Limited will complete the 32km East-End Wing of this project.

Governor Makinde also stated that the road will help eliminate congestion along the busy Lagos/Ibadan Expressway, by offering alternative routes.

The governor stated: “I said before that the twin projects are a tribute to Baba Ladoja. You already know that the GRA has been named after him. That is why it is called the Senator Rashidi Ladoja GRA.

“It is my privilege on this 29th day of September 2022, to rename the Ibadan Circular Road, the Senator Rashidi Ladoja Road.”

In his remarks, the Benue State governor, Dr. Samuel Ortom, said that Governor Makinde has demonstrated the capacity and knowledge in developing the Oyo State by providing numerous developmental projects for the good of the people of the State.

He noted that he has been wondering how his administration has been executing laudable projects in all the nooks and crannies of the state despite the current economic hardship in the country.

“Seyi, you have really done well. I am older than you as governor, I can say you have the knowledge and the capacity, and you have demonstrated it. This is not the first project, not the second one but several other projects you have executed and completed and others are ongoing for the benefit of your people.

“I use to wonder how you have been getting funding for all these projects. So, I have learnt from you, because you have demonstrated capacity for redefining architecture by these numerous infrastructures that you are developing in Oyo State.”

While speaking at the event, Senator Rashidi Ladoja commended Makinde who deemed it fit to honour him with the two remarkable projects.

He expressed the hope that the governor would, before the end of his tenure, bring a tractor assembly plant into Oyo State in order to revolutionize agriculture and ensure the state becomes the food basket of the country.

“I want to thank Governor Makinde for dreaming this project and very soon, by the grace of God, the people of the state will start enjoying the benefits that come with it. I appreciate him for deeming it fit to get me involved in this project.

“Apart from infrastructure, on some policy matters, you have to go back to your constituencies to say what government wants to do and I believe that my governor is doing that and he will continue to do that.

“I want to believe that before the end of Makinde’s tenure, he will bring a tractor assembly plant into Oyo State. He will revolutionise agriculture to make sure food gets to everyone,” Ladoja said.