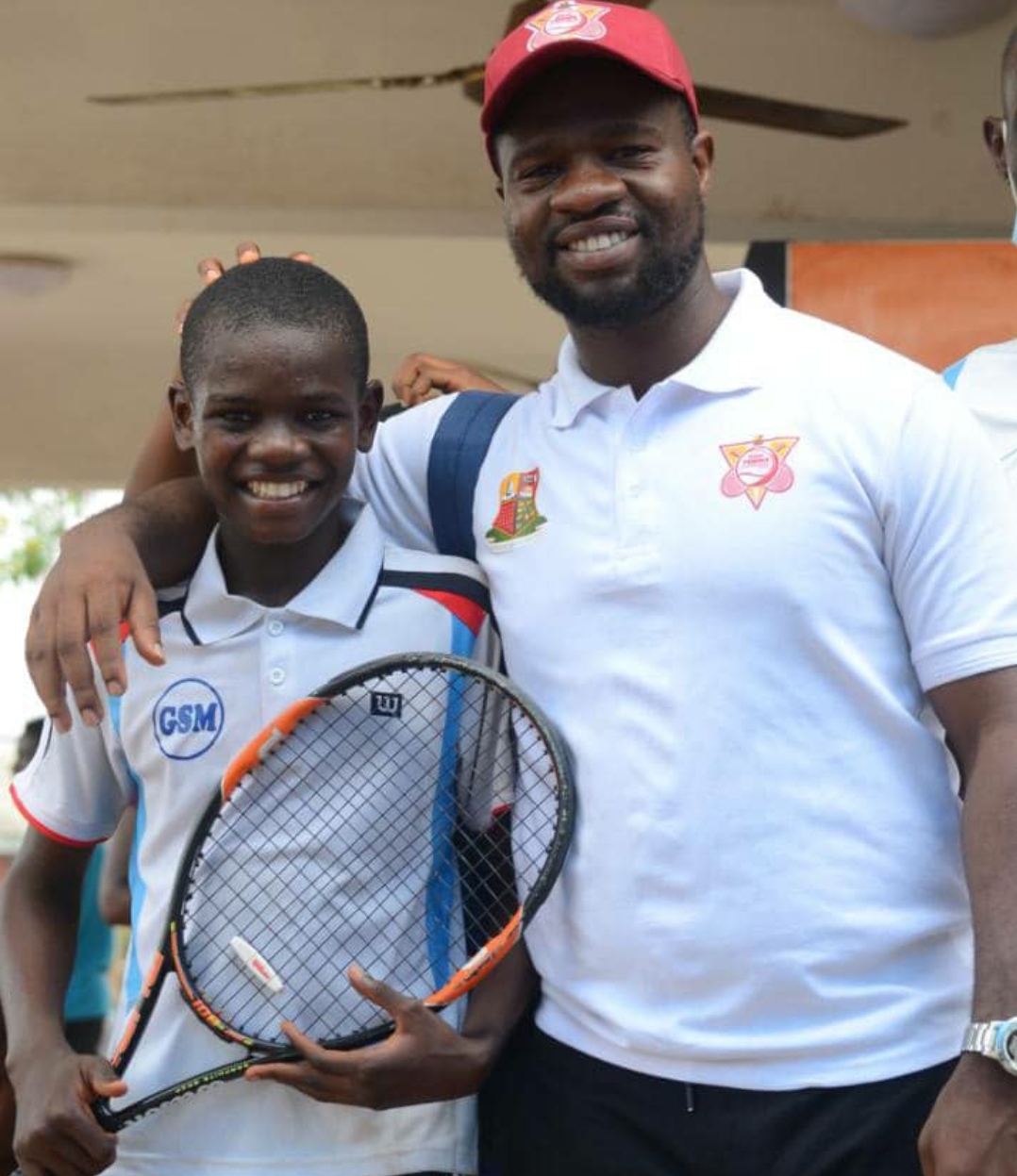 Winners have emerged at the maiden edition of GSM Tennis Championship which came to an end on Thursday, 24th December.

In the Junior Boys 16 and Under category, 13 year old Oyo State prodigy Mubarak Ganiyu faced a more experienced Akinmusire Michael who had won all his games at the competition in straight sets. Mubarak however won the difficult match 5-7, 6-1, 6-1 to win the Junior boys ategory.

Speaking with BCOS Sports Editor Boluwaji Ogunmola after his hard earned victory, the youngster said he was happy to defeat his more experienced opponent.

“The game was a tough one, because my opponent is a more experienced player, so I decided to play my game and avoid getting distracted by his experience” Mubarak said.

Afolabi, who was drawn bye in the quarter final dispatched her opponent in the final on Thursday without much difficulty.

Ajulo had no answer to her brilliant display despite winning the second set.

Elsewhere, top seed Sarah Adegoke followed up her victory in Togo earlier this year by claiming the Ladies Singles title.

Adegoke, playing against Abiodun Oyegoke in the final won 6-0, 6-0 . After her triumph, the Champions of Ladies Single said winning the championship in Ibadan makes her achievement extra special.

In the Men’s final, Adeshina Ismail defeated Adewale Samson 5-7, 6-1, 10-8 to emerge Champion of the category.

Ismail, who had gone past Oyelami and Ajibade in the previous rounds came from a set down to emerge winner of the first edition of GSM Tennis Championship.

Also, in the veteran doubles category, Akin Orebiyi and Tajudeen Kasali defeated Bolarinwa/Oloyede 6-3, 6-3, to win the title meant to encourage veterans of the game.

The three day Championship, which is an initiative of Hon. Tobi Oyewumi, the Special Assistant to the Governor of Oyo State on Sports Development, was organized to honour that Sport loving Governor of the state, Engineer Seyi Makinde and also to discover new Tennis talents in the Pacesetters state.