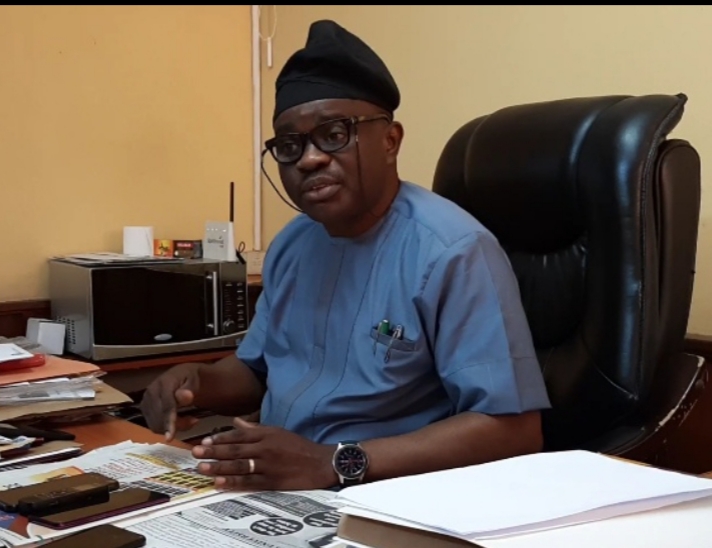 Oyo State government, on Friday, has debunked allegations that it had stored away COVID-19 palliatives meant for the people of the state in a private warehouse in Ibadan for selfish reasons.

The government cleared the air during a press briefing held at the state secretariat, following an invasion of a private warehouse by supposed protesters of #ENDSARS and carted away some palliatives.

The commissioner for local government and chieftaincy matters, who doubles as chairman of COVID-19 palliatives distribution in the state, Chief Bayo Lawal, explained that the private warehouse in Lagelu local government is owned by a vendor working with CACOVID and not of the Oyo state government.

He said: “We want the public to know that though CACOVID gave us indomie, spaghetti but there is nothing like rice. We are still expecting up till today. The one they alleged belongs to a private company that happens to be CACOVID vendor for other states. Some even came from Edo State. So, I am not surprised that we have some of their vendors here too but they are meant for other states, not Oyo State.

“So, the public should be aware that the allegations and all the information they read on the internet are not correct. We have the interest of our people at heart. If we can use our money to ensure that during the pandemic, people are well fed, why should we deprive them if there is any item from any organization? Why should we deprive them of the benefit of enjoying it?

Also speaking, the Chief Press Secretary to the governor, Mr Taiwo Adisa, said that the state has no business with the warehouse, which is even outside the state secretariat, adding that the warehouse belongs to a private individual who operates in Oyo State and was given a valid contract by CACOVID to supply them to a certain number of states.

“The warehouse of the company that operates in Ibadan land here was looted and some people mistook it for the warehouse of Oyo State government. They thought that the government deliberately kept Covid-19 items in that warehouse. They invaded the place and looted a number of bags of rice in that place.

“Investigations at the moment eventually reveal that there was nothing that concerns Oyo State the government in that warehouse. Two, the warehouse belongs to a private individual who operates in Oyo State and was given a valid contract by CACOVID to supply them to a certain number of states. So, it was the rice that he procured on his own for repackaging but mistaken to be Oyo State’s palliatives,” He stated.