Live Up to Your Biddings, Enthrone Work Ethics- NOA Boss to Workers 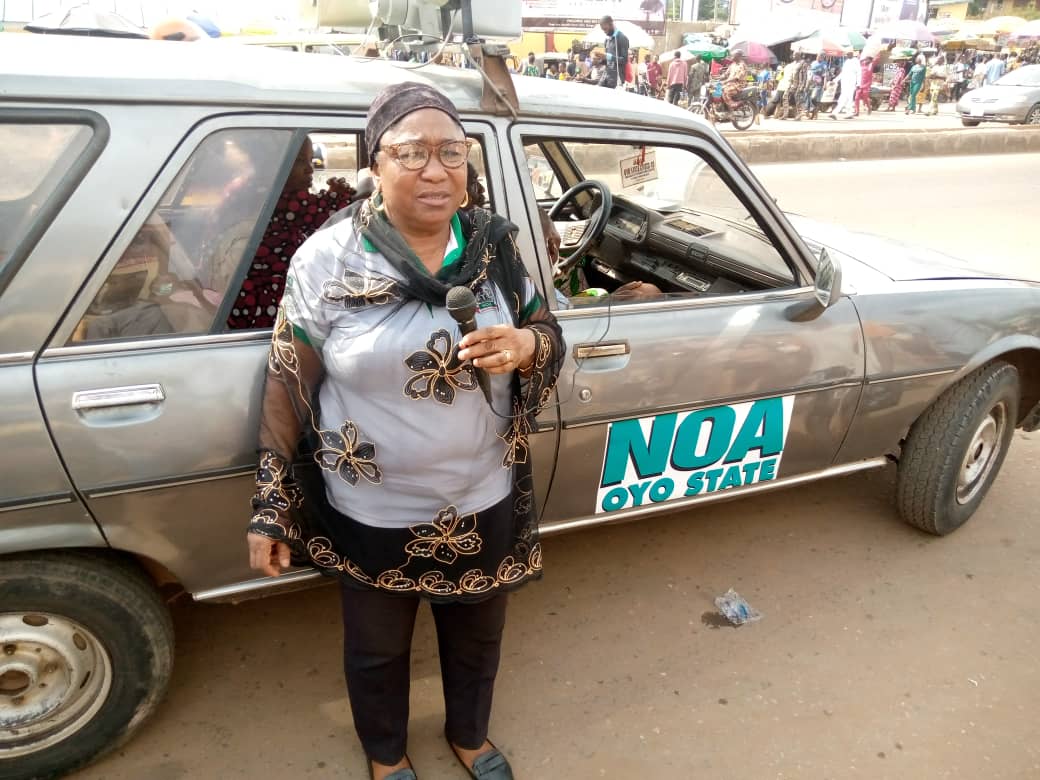 A call has been made to Nigerian workforce especially their Oyo State counterpart to live up to their biddings and enthrone work Ethics in their duties as stipulated in the Constitution.

The admonition came in the heel of felicitating the workers in a release made available to the press in Oyo state by the new Oyo State Director, National Orientation Agency, Mrs Folake Ayoola.

Mrs Ayoola urged the labour union to redouble it’s efforts in revamping the Nation’s economy bufetted by the Covid 19 inglorious bull. She stressed that “Now that the country economy has nearly kissed the dust, it behoves of Nigerian labour force to work assiduously to put it back on right footing”
.
Mrs Ayoola maintained that the situation at present calls for sober reflection as the world is smarting up from the dastardly effect of the pandemic that has claimed many lives.

She said “We have as a good people of the great nation to be proactive in our approach to straighten the economy that is on the bend because of the Covid saying that those who lead the pack today are not only open to change but the new paradyms.

Mrs Ayoola used the occasion to bemoan the rising wave of insecurity in the country and urged everybody to always voice out to the security agents when they see anything untoward in their environment.

She lauds the state Government for the initiative to put a permanent cessation to insecurity in Oyo state by the recently launched joint security forces. She added that no meaningful development can take place without social order.

The new State Director therefore felicitates the Governor of Oyo State, Engineer Seyi Makinde and the labour Union on this year’s workers day and pray that all efforts to save the State and the country at large will come to fruition.