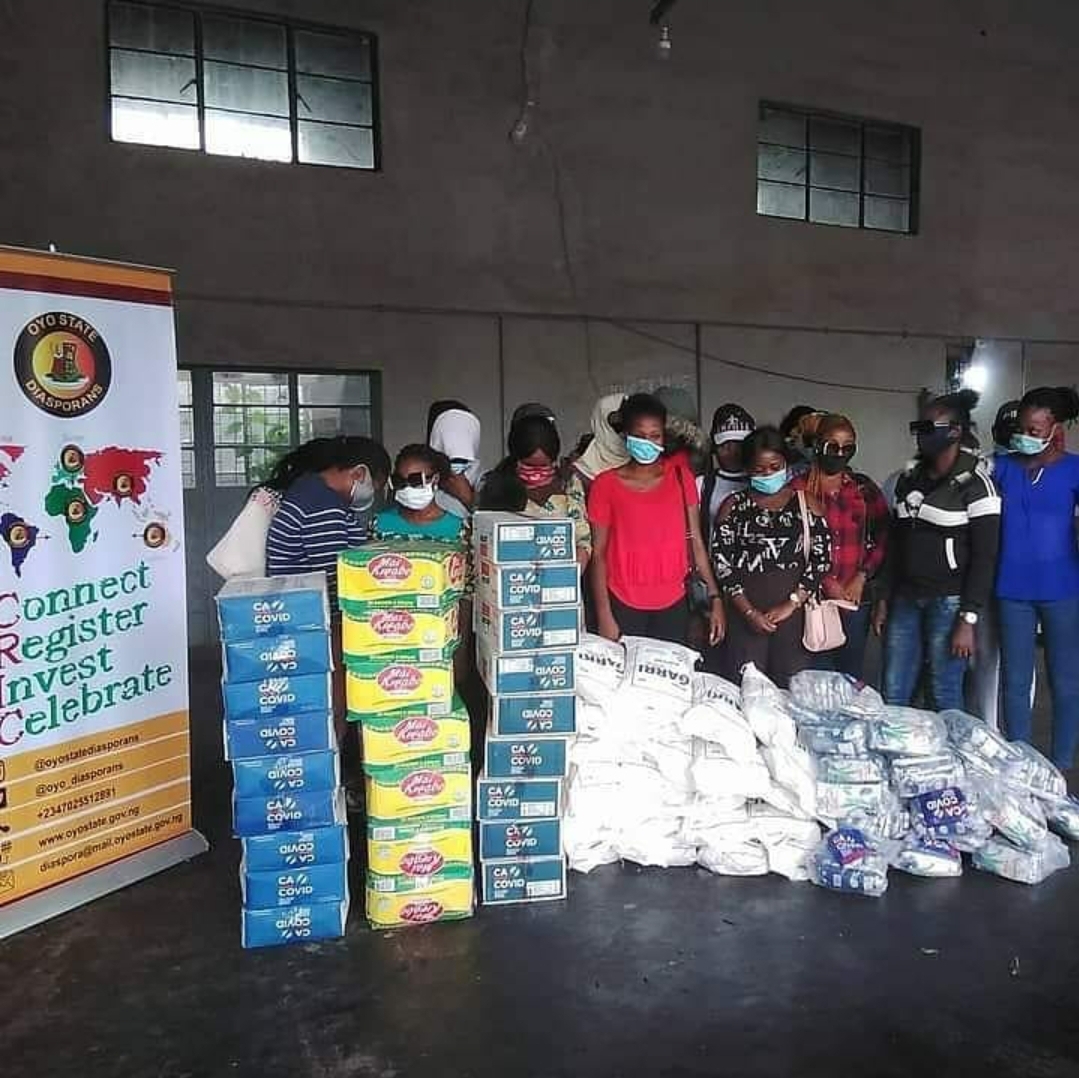 The Senior Special Assistant on Diaspora Matters to the Executive Governor of Oyo state, Mrs. Bolanle Sarumi-Aliyu, has said that the zeal and passion of Governor Seyi Makinde in ensuring that all Oyo state indigenes home and abroad enjoyed decent living was incomparable.

Mrs Sarumi made this remark on Thursday in Ibadan at the state secretariat during presentation of palliatives to no fewer than 25 Oyo state indigenes who recently returned home from Lebanon and reintegrated with their families in Oyo State.

She said, “The Oyo state Diaspora office would continue to put Oyo state on global map among states in Nigeria, leading the battle against human trafficking, extraction and repatriation of Oyo state indigenes, resident or domiciled in all foreign countries across the globe through swift response and action”.

Some of the returnees who spoke with on conditions of anonymity described Governor Makinde as “a saviour sent by God to rescue them from perishing in foreign land, while chasing greener pastures”.

They emphasized that the inhumane treatments they were subjected to by their various employers were despicable and unspeakable adding that if not for the quick response of Oyo state Government through the Diaspora office, many unaccountable lives would have been lost in foreign land.

The returnees however pledged their support and readiness to use their wealth of experience help dissuade other girls, who may feel the urge to leave the country as a result of finding greener pastures.