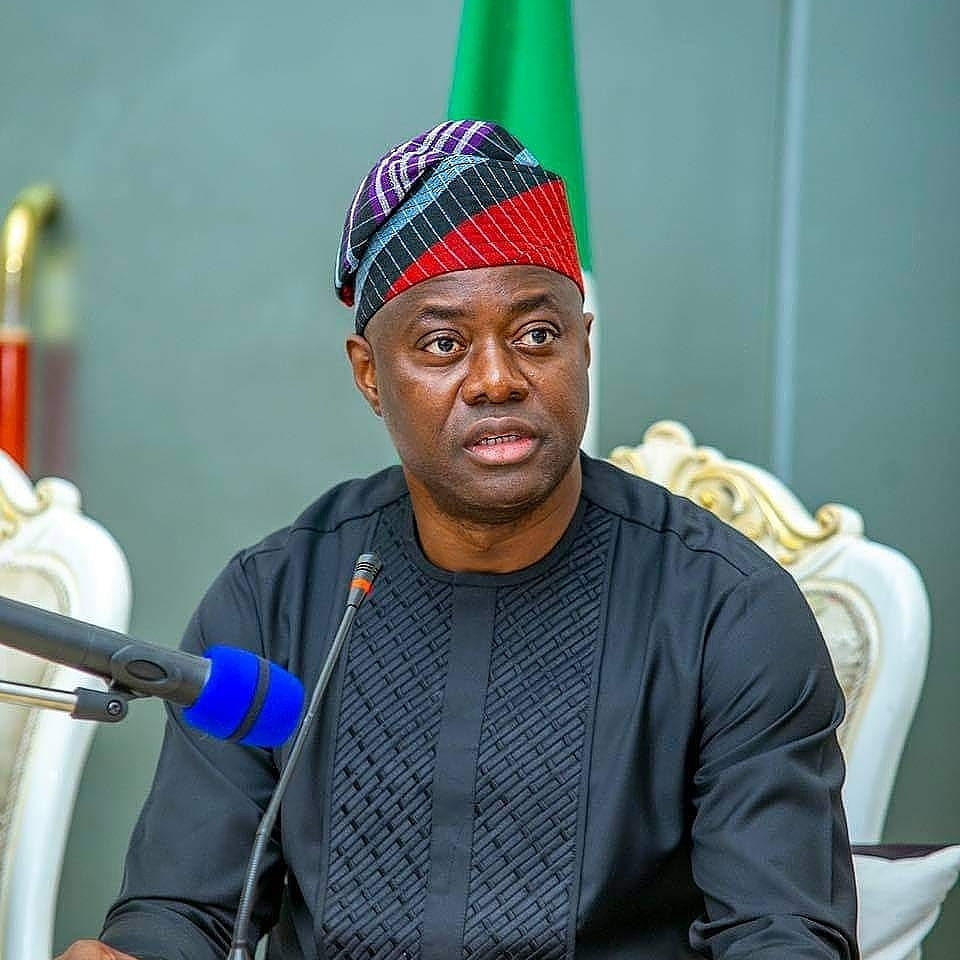 Oyo State Governor, Engineer Seyi Makinde, has been commended for providing the visionary leadership and tenacity of purpose that culminated into the eventual ceding of the Ladoke Akintola University of Technology (LAUTECH) to the state by the National Universities Commission (NUC).
The governor was also lauded for the courageous step he took in seeing to the final resolution of the intractable ownership crisis, which nearly destroyed the institution under the watch of the immediate past All Progressives Congress (APC) government in the state.
A socio-political organisation in the state, Oyo Kajola Group (OKG), stated these on Tuesday, adding that Governor Makinde has written his name in the annals of history as the man who brought the dreams of thousands of Ogbomoso and Oyo State indigenes to fruition.
The group, in a statement by its media coordinator, Adebayo Ayandele, hailed Makinde for keeping his promise to secure the takeover of LAUTECH, noting that the governor and his Osun State counterpart, Governor Gboyega Oyetola deserve commendation for the mature way they handled the matter.
The Oyo Kajola Group expressed confidence that LAUTECH will now experience a major turnaround as promised by Governor Makinde, adding that the vision to ensure that the economy of Ogbomosoland and, indeed, that of the entire state benefit from a LAUTECH that is solely-owned by Oyo State and effectively run, will now materialise.
The group particularly frowned on the statement by the Oyo State APC that Makinde did not do anything to actualise the sole ownership of the varsity, describing the statement as shallow, thoughtless and unreasonable.
According to the group, the position that NUC’s decision on LAUTECH is only a completion of what former Governor Adebayo Alao-Akala started, is a baseless lie and an attempt to cover the shame and ignoble legacy of the APC government, which nearly destroyed LAUTECH under former Governor Abiola Ajimobi of the APC.
The group maintained that it is evil and too late for the APC to appropriate the success over LAUTECH to Alao-Akala, adding that raising baseless fears over the funding of the institution is only a face-saving effort to reduce the gains of the sole ownership.
The group wondered why the NUC did not complete the alleged Alao-Akala process on LAUTECH when Ajimobi held sway for eight years, wondering how the same set of people that never saw anything wrong in the crisis that bedevilled the school as a result of joint ownership could now turn around to claim victory in the matter for one of its members.
The group said: “We have watched with keen interest the efforts of the Oyo State governor, Engr. Seyi Makinde, on LAUTECH and how he went about trying to fulfill his promise to make the institution solely owned by Oyo State.
“We must say, without fear of equivocation, that these efforts led to the decision of the NUC and we commend the governor, his Osun State counterpart, Governor Gboyega Oyetola and the committee of eminent personalities that brought this blessing to Oyo State.
“We have equally read comments that followed the NUC decision and we must add that while a majority of comments from the people were noble and apt, rightly commending Makinde, the statement from the Oyo State APC, is inane, jejune and asinine to put it mildly.
“We know the Oyo State APC is a party of fraud and deceit. But we never knew or imagined that they would take their fraudulent nature to such alarming heights as to award the success over LAUTECH ownership to Alao-Akala.
“In case the writers of the APC statement or perhaps the leaders of the APC have forgotten, Oyo State people do clearly remember how the supposed Alao-Akala process on LAUTECH was prosecuted without tact.
“Oyo State people do remember how Alao-Akala and his Osun State counterpart, former Governor Olagunsoye Oyinlola had open disagreements due to the way Alao-Akala handled the matter. But we hold no grudge against Alao-Akala, as he was honorable enough to acknowledge Makinde’s roles.
“But for the APC to brazenly come out to discountenance Makinde’s efforts on LAUTECH takeover, the party has shown its true colour as haters of Oyo State people.
“We are not surprised, because we have always known the party that loves the people of the state as represented by Governor Makinde and we have also always known that the APC hates Oyo State people and never wants them to be happy. However, we hope the people are watching and taking note too.”
Signed
Adebayo Ayandele
Media Coordinator, Oyo Kajola Group (OKG)
November 24, 2020.