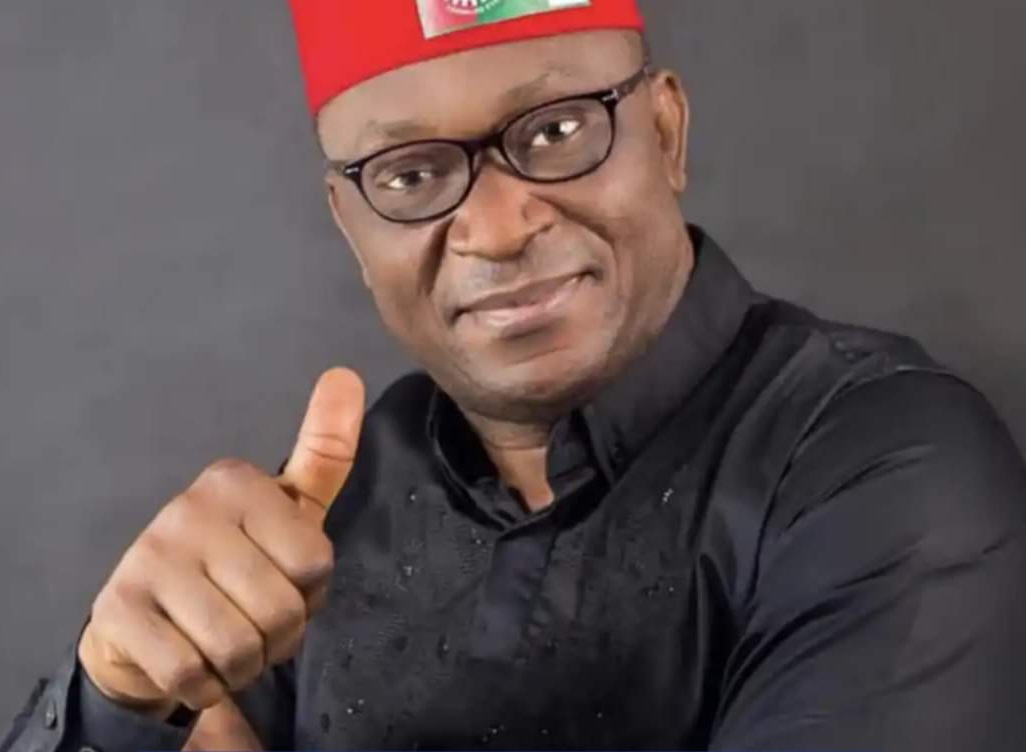 A Senatorial aspirant on the platform of the Labour Party, Dr. Linus Abaa Okorie has reportedly been kidnapped by gunmen alleged to be members of the Ebubeagu Security Outfit.

Okorie, who is currently contesting for the Ebonyi South Senatorial seat, was last heard from on Sunday.

A statement issued by his aide, David Ogbonna reads in part;

“Hon. Linus Abaa Okorie was kidnapped early this morning on his way to his house in Abakaliki by gunmen known to be men of Ebubeagu Security outfit allegedly sent by Onicha Local Government Chairman.”

“The available information confirms that he’d been severely tortured to a near-death situation, made naked and pictures of him taken by his abductors.”

“His phones are currently with the team commander of his abductors. A professional tracking done on his lines reviewed “Okoja Road, near Police Headquarters”, as his current location. The second line showed “Ebun-Nwana, Edda.”

The statement continued; “We call on the security agencies to swing into action and unravel this situation, get Hon. Linus out and alive from his abductors and bring the perpetrators of this evil to face the wrath of the law.”

“We, implore our supporters, CaringHeart members, and friends of Hon. Linus not to give into unlawful acts but allow the security men do their professional jobs.”

His abduction has also been confirmed by his wife, Lilian Abaa Okorie, who has also raised alarm that they are planning to kill her husband. She levelled accusations on the state governor, Dave Umahi, who is also contesting for Ebonyi South Senatorial seat on the Platform of the All progressives Congress, APC.