Iseyin-Moniya Road To Be Delivered by February – Oyo Govt 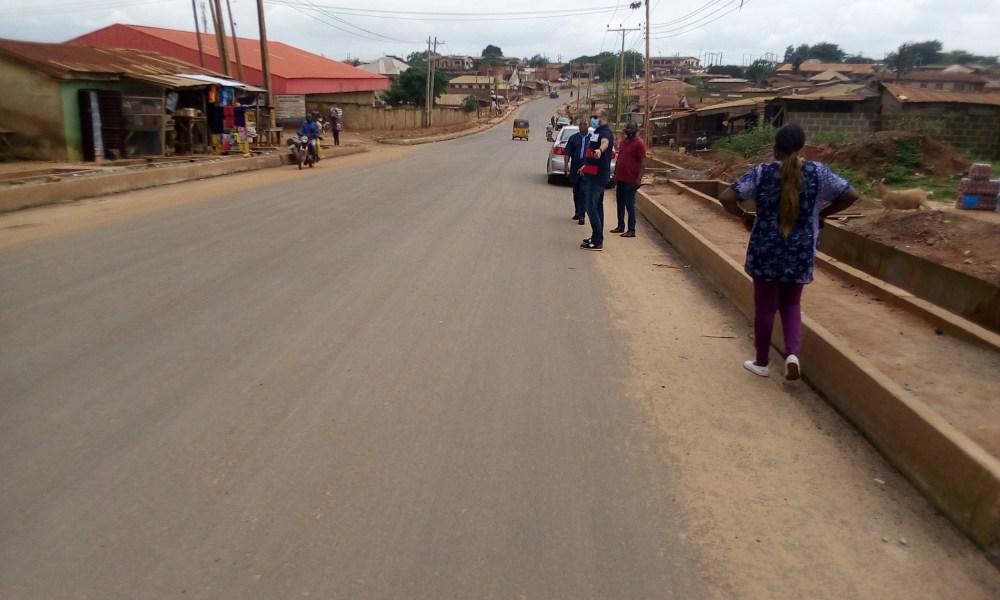 The Oyo State Government has assured commuters plying the 65km Iseyin-Moniya road that the project which is in 80-90% completion stage will be commissioned by February 2021.

The State Government also said that other ongoing infrastructural developmental projects in the State presently at near completion stages would also be completed and commissioned in the next three months.

This disclosure was made by the Commissioner for Public Works and Transport, Professor Daud Kehinde Sangodoyin on Friday while addressing members of staff of the Ministry when he resumed at the Ministry.

Sangodoyin was the Commissioner for Establishment and Training before his redeployment to the Ministry of Public Works and Transport by Governor Seyi Makinde.

According to him, the time has called for united front by all staff members of the Ministry, so as to get works done as expected by the people and the government of the State.

“My target with His Excellency, the governor of Oyo State, Engr. Seyi Makinde before coming here is for all ongoing projects in the State presently at 80%-90% completion level to be completed and commissioned within the next 3-4 months because all the contractors have been well mobilized, therefore there should be no reason for any delay in the completion of the projects.

“For instance, the 65KM Moniya/Iseyin road project will be commissioned by February 2021 while other projects close to completion in the State will also be commissioned in the next three or four months to come.”

Professor Sangodoyin therefore charged the staffers of the Ministry to key into Governor Seyi Makinde’s developmental agenda by working diligently in the discharge of their duties.

He added that the government was out to serve the people and the service could only be achieved by joining hands to work as one family.

“The public properties that are out there are put up to ease the living conditions of the public, the public should maintain them appropriately to enable the government to channel its resources towards other areas needed.

“We’ll enforce the use of government properties adequately, the public should also know that all these properties are put in place with the taxpayer’s money, anyone that vandalizes them will go to jail, I, therefore, advise the public to be patriotic towards public properties and maintain them accordingly.”

Earlier in his welcome address, the Permanent Secretary, Ministry of Public Works and Transport, Architect Adebowale Kizito-Balogun appreciated the Executive Governor of the State, Engr. Seyi makinde for standing solidly behind the Ministry despite the many challenges it passed through, and for putting the right peg in the right hole.

He therefore admonished the staffers of the Ministry to extend the same hand of support they have always given to successive headships to the new Commissioner, by performing their duties diligently and be punctual at work.