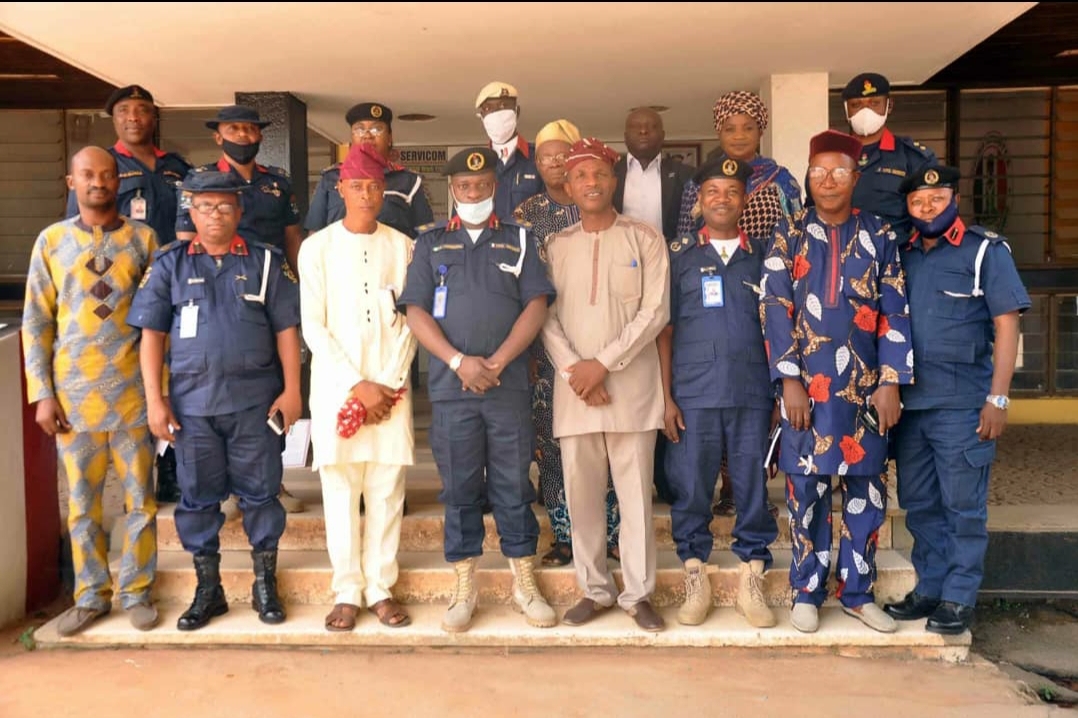 The Nigeria Security and Civil Defence Corps Oyo State Command was today commended for their professional way of handling endsars protests in oyo state and protection of lives and properties across the state. This was made known today by Oyo State chairman of INTER-PARTY ADVISORY COUNCIL(IPAC) at the Headquater Command Agodi Ibadan.

The Chairman (IPAC) Apostle Dare Ojo who was Accompanied by other Political parties Representatives Alh.Owolabi Suraj,Chief Abimbola Tewogbade,Mrs Taiwo Balikisu,Dr Awopegba Smart,Mr Samson Ajala Appreciate the Corps for their unrelentless effort Exercised towards Restoring Peace and Security back in the State.

The Chairman of IPAC Apostle Dare Ojo in his Speech Appeal to the Commandant in respect of forthcoming Local Government Election in the State as Security agency for a Free, Fair and Credible Election devoid of crisis before,during and after the Election .While at same time assures the Corps of Maximum Cooperation of IPAC.

In his Response,the State Commandant CC ISKILU AKINSANYA express his delight with the visit of the IPAC and commendation as this shows their Readiness towards the forthcoming LG election in the State.He assures them that all hand are on Deck towards the forthcoming LG Government Election In Oyo State since Local Government is closer to the people NSCDC will not compromise its standard in enthronement of good governance devoid of rigging and malpractice

He Implore the Political Parties Representatives to Plead and Educate their Political party Members and Electorate to Imbibe the Spirit of Sportsmanship during and After the Elcetion.